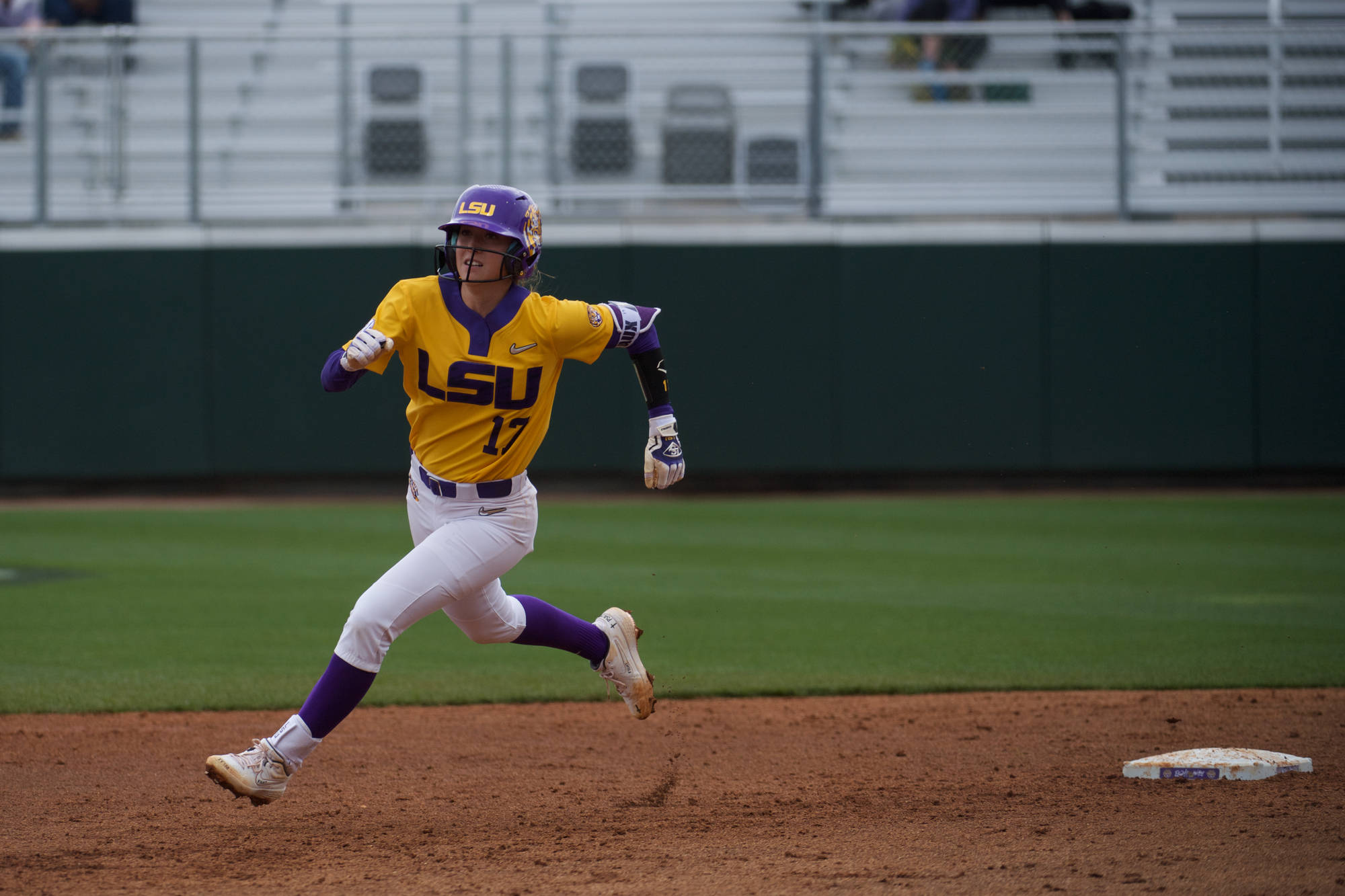 CLEARWATER, Fla. – The seventh-ranked LSU softball team came out hot against Ohio State Saturday morning, defeating the Buckeyes, 7-2, but fell in the night cap to No. 1 Florida State, 9-1 in six innings. The Tigers are now 9-2 on the year.

Amanda Sanchez led the Tigers on the day, going 3-for-5 at the plate with an RBI. Aliyah Andrews finished with two RBI on the day and a stolen base.

Game One
The Tigers got on the board first in the second inning after a dropped fly ball put the Tigers in scoring position. Claire Weinberger hit a single to left field to score Amber Serrett, giving the Tigers their first run of the game. Aliyah Andrews continued the rally with a single to left, scoring Shemiah Sanchez from third.

Shemiah Sanchez smoke a ball over the left field wall in the bottom of the fourth, her second in as many games. The solo shot extended the Tigers’ lead to 7-0.

Ohio State put two up on the board in the sixth, but the Tigers shut down the Buckeyes with a double play on a lineout to end the game.

Maribeth Gorsuch earned the win in the circle, improving to 3-0 on the year. She allowed four hits and struck out one in seven innings of work.

Game Two
In game two, the Tigers bats struggled early as they were scoreless through the first four innings. LSU had a chance in the top of the third as Serrett and Claire Weinberger led off the inning with back-to-back singles. With two outs, Amanda Sanchez walked to load the bases but nothing would come across.

Florida State put up at run in the first and two runs in the second, taking a 3-0 led on the Tigers.

Amber Serrett cut the deficit to 3-1 after a solo shot over the left field wall, her second home run on the season.

The Seminoles added another three runs in the fifth and three in the sixth to take a 9-1 lead and end the game in six innings.

Sunseri takes the loss for the Tigers and drops to 2-2 on the year. She allowed three runs off three hits in 2.2 innings of work.

What’s On Deck
The Tigers return home next weekend for the LSU Invitational, playing host to Stanford, Memphis Cal State Northridge and Michigan. The Tigers open the weekend on Thursday with Stanford at 6 p.m.