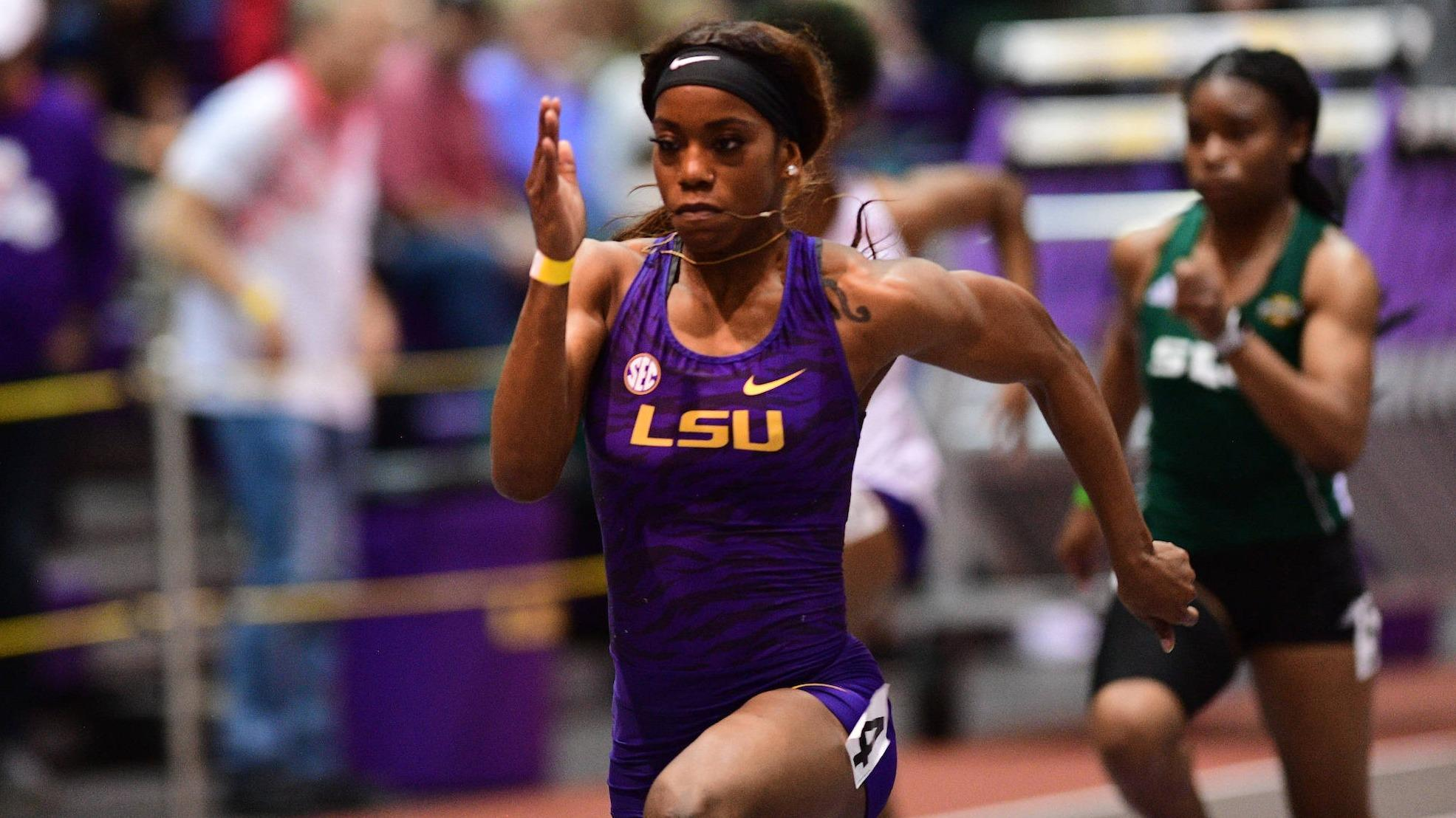 Baton Rouge, La. – Two of the fastest times in program history were run by Kortnei Johnson and Akanni Hislop on the straightaway at Carl Maddox Field House on Friday night at the LSU Twilight meet to close out the regular season portion of the LSU indoor schedule.

Sprinting one last time before the postseason begins, Johnson and Hislop both showed that they are ready to compete on the conference and national stage in the coming weeks. Racing amongst a group of seven former and current LSU sprinters, Johnson claimed the top collegiate spot in the 60 meter dash with a personal best readout of 7.14 seconds to claim the NCAA lead in 2019. The time of 7.14 ranks as the fourth fastest in program history and No. 5 on the world stage in 2019. Sha’Carri Richardson finished one-hundredth of a second off of her personal best to take third overall with a time of 7.21. One of the greatest sprinters in collegiate history, Aleia Hobbs, took the title in the 60 meters with a Carl Maddox Field House record of 7.13 seconds to check in at No. 4 on the global stage this season.

In the men’s 60 meter dash, Hislop used a personal best clocking of 6.660 to claim second-place finish behind Micah Larkins (6.656) of Northwestern State. The best readout of Hislop’s career in the 60 meters is tied for the seventh fastest in LSU history alongside Rynell Parson (2012) and Kelly Willie (2006).

LSU had two event titles in the field events. Jake Norris (weight throw) and Mondo Duplantis (pole vault) were the victors in their respective events. Norris utilized a personal-best toss of 21.82 meters (71′ 7.25”) to claim gold, register the fourth-best throw in LSU history, and earn a spot at the NCAA meet in less than a month; the throw ranks 10th nationally. Duplantis cleared 5.68 meters (18-7.50) en route to victory. He bowed out after attempting to clear the collegiate record of 5.92 meters (19′ 5”) three times.

LSU swept titles in the women’s and men’s 60 meter dash titles with wins by Tonea Marshall (8.15) and Arthur Price (7.89). On the women’s side, Marshall was followed by Milan Young (8.23) and Brittley Humphrey (8.26/season best), who took second and third, respectively.

LSU will head back to  Fayetteville, Ark., for the third time this season for the SEC Indoor Championships that will take place Feb. 22-23.