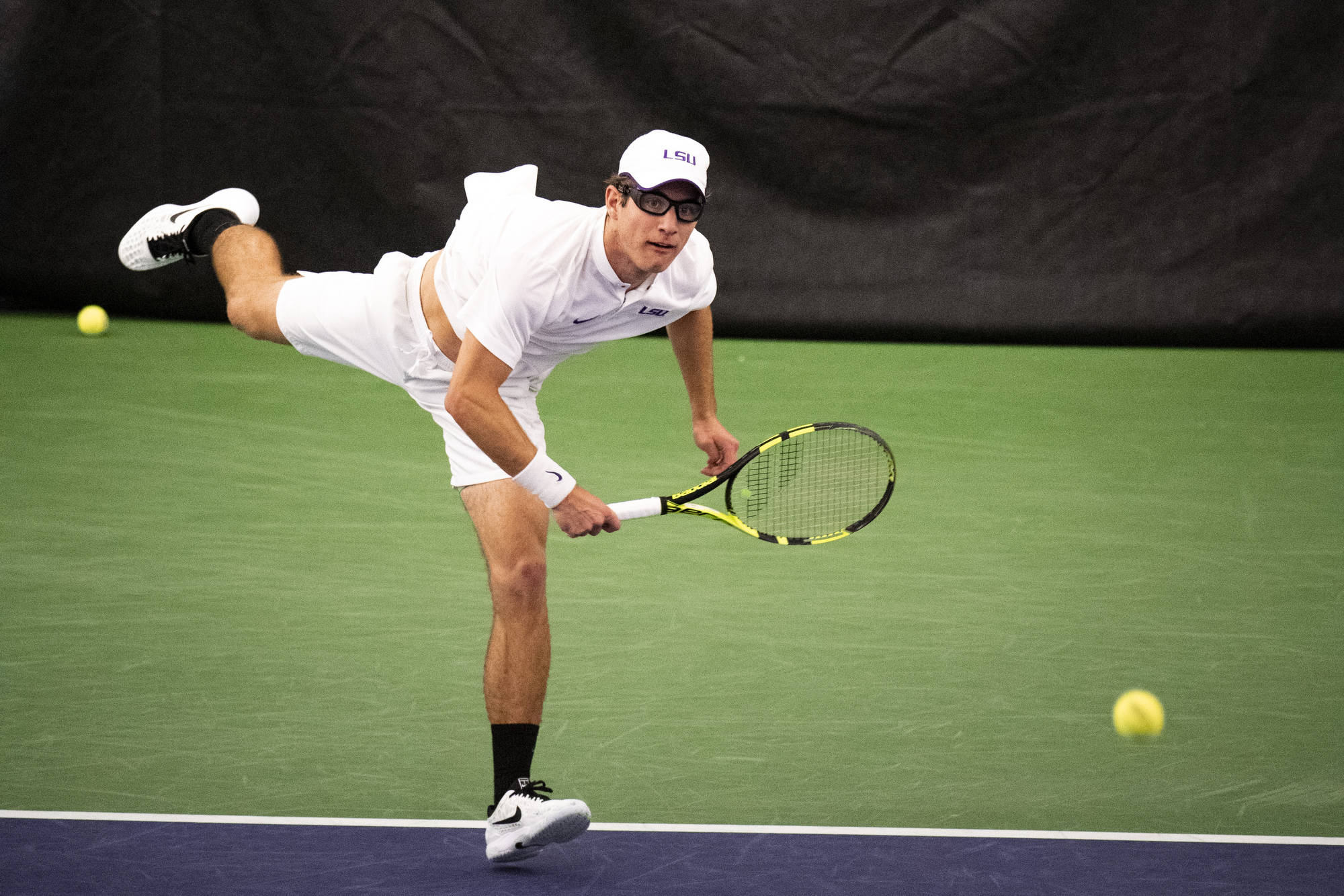 DALLAS- The LSU men’s tennis team started its three-match road swing with a victory and will look to continue its success in Dallas against Southern Methodist University Friday at 5 p.m. CT at the SMU Tennis Complex.

The Tigers will then head to Tulsa on Sunday, Feb. 17 before returning home for a double header on Saturday, Feb. 23 against Southern Miss and Jackson State.

Thoughts from the Co-Head Coach Chris Brandi
“We expect another tough match on the road Friday night,” co-head coach Chris Brandi said. “There are still a few areas we need to improve on, and we need to see if what we have worked on in practice will pay off on game day.”

The Matchup
LSU and SMU are meeting for the first time since the 2003 season. SMU has the 8-5 advantage in the series matchup.

Tiger Tidbits
The Tigers are currently on a three-match win streak and are coming off of a strong 4-3 road win at Memphis. After dropping the doubles point and the top two singles courts, LSU fought back and secured the match on the bottom four courts to increase its record to 7-1 on the season.

Earlier this season, LSU defeated No. 17 Tulane, 4-3, marking its first win against a top-20 opponent since the 2016 season. The Tigers moved up to No. 23 in the USTA poll earlier this week.

In the Oracle/ITA doubles poll, Rafael Wagner and Joey Thomas are listed as the No. 30 duo.

Notes on the Mustangs
SMU has a 7-3 record on the season and most recently defeated Incarnate Word and Arkansas-Pine Bluff in a doubleheader.

The Mustangs are led by junior Carles Sarrio, who is ranked No. 48 in singles play. He has recorded a 6-1 record on court one this season.