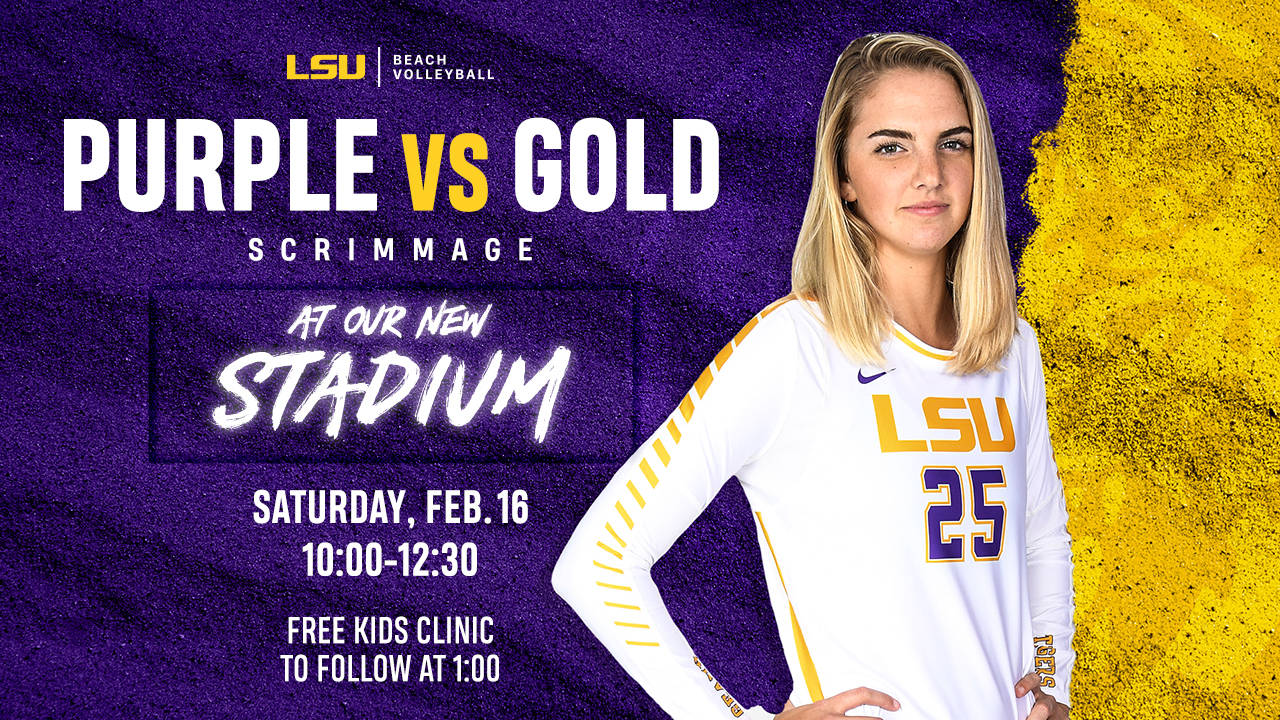 Following the scrimmage, the team will host a kids’ clinic and will sign autographs.

Admission to all LSU Beach Volleyball home match is free. LSU Beach Volleyball Stadium is located in the heart of campus on Cypress Drive. Fans are encouraged to park in lots 105 and 106 and enter through the west gates of the stadium. Gates open at 9 a.m. and fans are reminded that Geaux Clear bag policy will be in effect for all matches.

The Fan Zone will be inside the west entrance of the stadium and fans will be able to pick up the 2019 team poster, schedule cards and a team fact sheet. In the northeast corner of the venue, there will a food truck and a grilling station where fans can buy burgers, snacks and adult beverages.

“It’s super exciting to get some people in the stands, get some people on the berm and infuse the next level of participation,” said coach Russell Brock. “We’re excited to show that energy and show what we’ve been doing and to show off our new home.”

This year’s team is coming off back-to-back appearances at the NCAA Championship tournament and has been ranked in the AVCA top-10 in 24 consecutive polls, dating back to 2016. The team returns 12 players and has added a talented mix of six freshmen, three seniors from the LSU volleyball team and two graduate transfers.

The Purple vs. Gold Scrimmage will play more like an actual scrimmage this year with separate Purple and Gold teams competing against each other unlike in years’ past when coaches used it as an opportunity to figure out their pairings for the year. There will be two rounds of matchups and whoever wins the most sets will win the scrimmage.

“We want to give the fans who show up an opportunity to see what it will look like on a real competition day,” Brock said. “In past years we used scrimmages to look at different pairings and matchups to get a feel for who might play well together. This year we’re so much further along in our understanding of who plays well together so we can create an atmosphere that’s focused on the competition.”

After the scrimmage, the Kids’ Clinic will begin at 1 p.m. The clinic is a great opportunity for players and kids alike to enjoy the game of beach volleyball together on the courts.

“Every year when the kids show up and they get involved and our players get to interact with them, it immediately turns into something that’s a lot of fun,” said Brock. “To be able to give back to the community and let them experience the joy that we get to have every day is an opportunity to get to serve in a way that is enjoyable for everyone involved.”