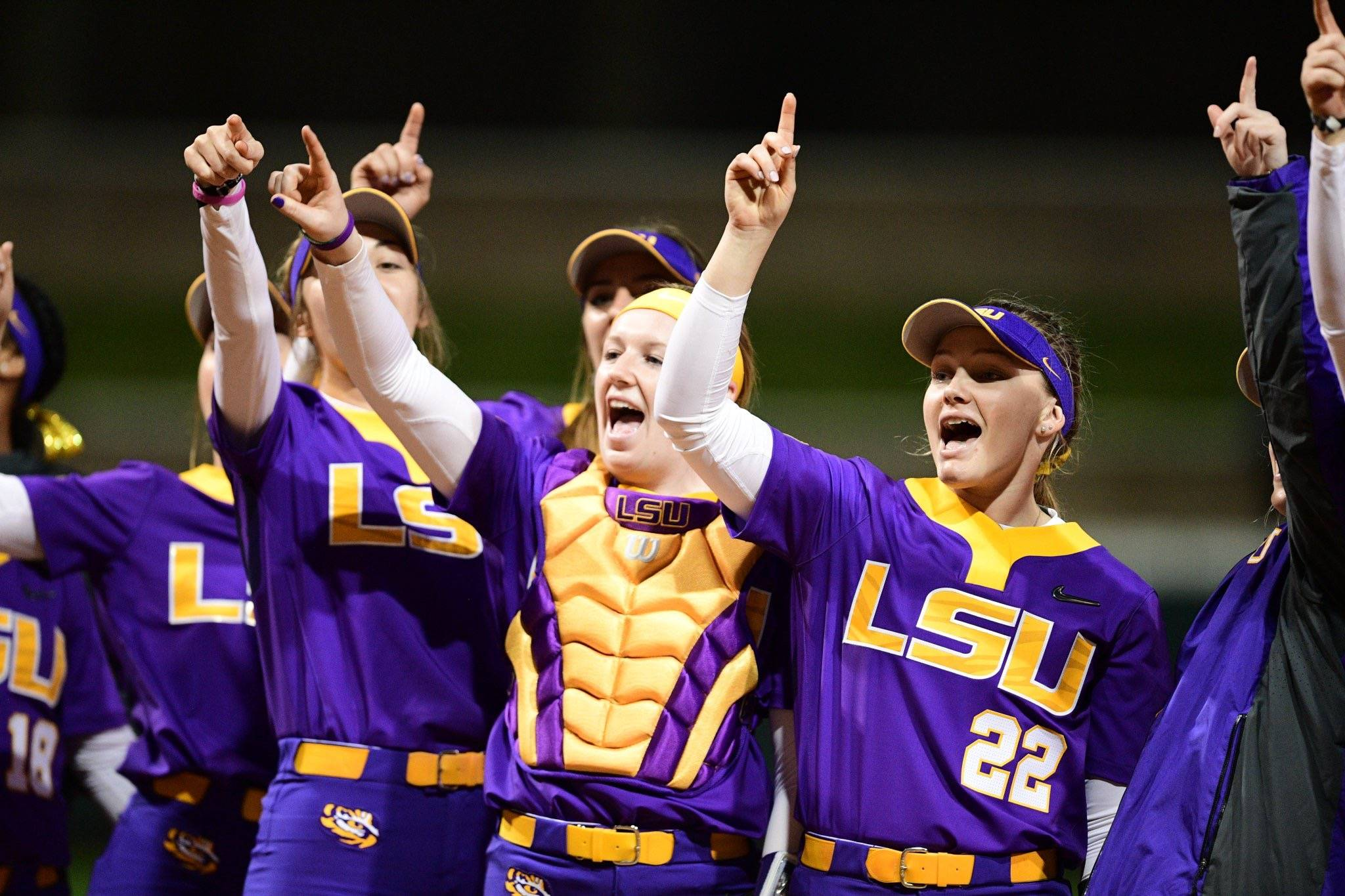 CLEARWATER, Fla. – The seventh-ranked LSU softball team defeated No. 20 Oklahoma State, 3-1 Thursday morning in game one of the St. Pete/Clearwater Invitational. The Tigers improve 7-0 on the season, while the Cowgirls fall 4-2.

Oklahoma State got on the board first in the third inning off Shelby Wickersham with a single to center field. They held off the LSU bats until the fifth inning, when a single through the right side from Amanda Sanchez put the Tigers on the board and tied the game 1-1.

Shelbi Sunseri stepped up to the plate and hit her fifth home run on the year, scoring Amanda Sanchez and giving LSU a 3-1 lead on the Cowgirls.

In the bottom of the seventh inning, Sunseri came into the circle to finish the game with two back-to-back strikeouts and a Tiger victory.

Wickersham held it down in the circle, claiming her second victory on the year. She finished with four strikeouts on the day and allowed four hits. Sunseri earned the save, her first in her career.

Game Notes
>> Sanchez’ RBI was her 12th on the season, while Sunseri’s dinger was her fifth on the year and 12th in her career. Sunseri now has a total of 16 RBI in seven games on the year.

>> The Tigers are 7-0, which is the second-straight season the Tigers have started off with victories in the first seven games of the season.

On Deck
LSU continues into day two of the St. Pete/Clearwater Invitational, taking on No. 19 Oregon Friday at 11:30 a.m and No. 11 Texas at 2 p.m. The first game will be available on SECN, while game two will air on ESPNU.