LSU Ace Zack Hess Eager to Prove Himself on the Mound 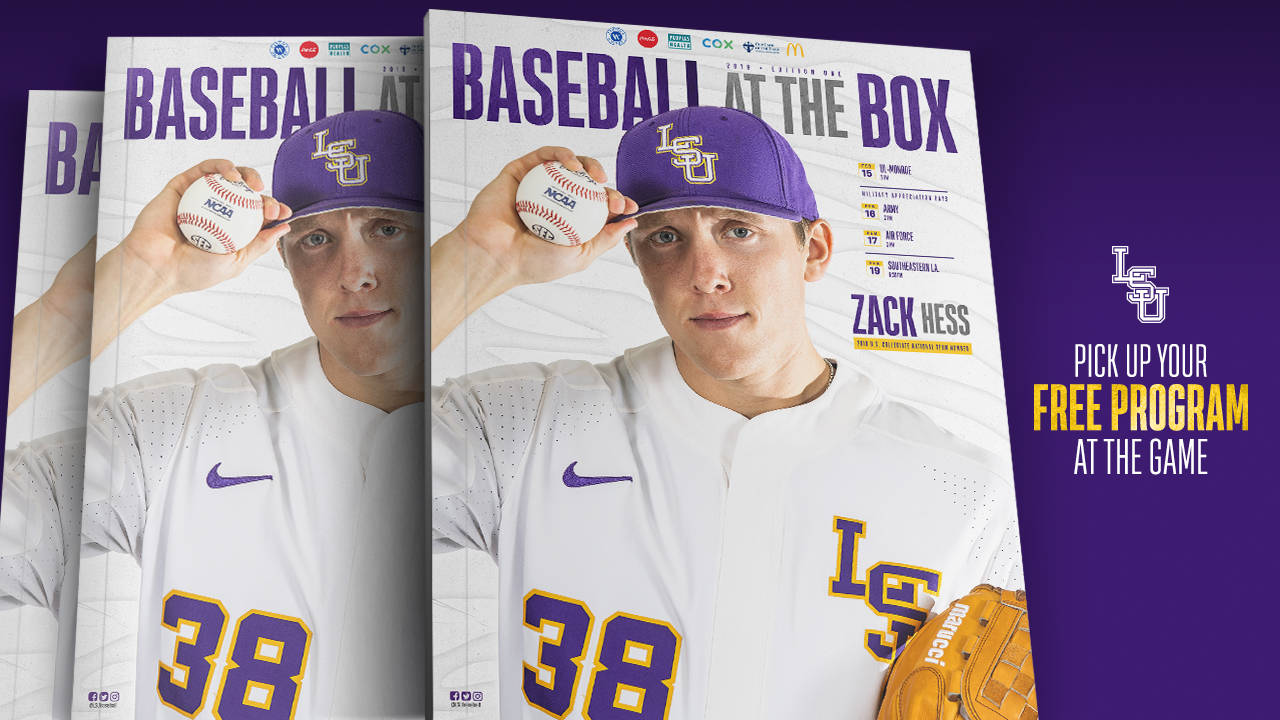 Less than four years after Zack Hess found his place on the mound, he was drafted as a high school senior. He was selected in 2016 in the 35thround of the Major League Draft by the New York Yankees.

Opportunities surrounded Hess, but he didn’t allow that to cloud his judgement.

Hess declined the offer and chose to attend LSU, but even before then he had made another significant choice four years earlier at a 2012 IMG Academy summer camp.

When his summer baseball team was low on arms, the head coach of his team, Jason Elias, looked at the 15-year-old Hess and asked, “Can you pitch?”

Without a doubt in his mind, Hess responded, “Sure,” but his comfort zone was being a force in the batter’s box and playing the corners of the infield and the outfield.

Hess had already been the teammate that players looked to and coaches counted on, but that shortage of pitches, that simple question, that innate athletic ability of Hess and that choice on that one summer day unveiled his new home on the field—the mound.

Hess was a late bloomer, but a quick study.

The Forest, Va., native was a mere 5-foot-5 in eighth grade. In one year, he had sprouted nine inches, and by his sophomore year, the charts read 6-foot-5.

While settling into his new position and maintaining his role as a two-way player, Hess continued to show the grit that he has displayed countless times while wearing the Purple and Gold.

“I had that big growth spurt, and my muscles and body had to catch up. My muscles were really tight, so the doctor prescribed hot yoga,” Hess said. “I did that three to four times a week at 6 a.m. throughout high school.”

Every day, the high schooler woke up early to go to hot yoga or work out, attended school, went to practice and finished his daily routine late each night by lifting weights with his friend from a rival school.

His work ethic paid off on the mound so much so that Hess started becoming a highly- touted but raw pitching prospect. The senior in high school was faced with questions about his future, but after his visit to LSU, he knew where he wanted to be.

“He is a very intense young man, and we saw that while recruiting him,” LSU pitching coach Alan Dunn said. “He’s always had a plan and known what he wants to do and is willing to do whatever it takes.”

Hess signed with LSU and joined the Tigers for the 2017 run to Omaha.

The freshman proved to be dependable coming out of the bullpen in tight situations for the Tigers and earned three saves during the College World Series.

Last season, the pitcher found himself in another new role, a role in which he knew he could prove himself – the ace of the Tigers’ staff. The season had its ups and downs, but Hess continued to find his groove.

His best outing came in the semifinal round of the SEC Tournament in late May, as he fired seven innings and allowed only one hit and one run in a tremendous win over Arkansas.

A few weeks later, six years after taking the bump for the first time, the rising junior was selected again in the draft, this time in the 34thround by the Atlanta Braves.

For the second time, Hess chose his college career at LSU.

The pitcher has shown nothing but dedication since stepping on the grounds of the LSU campus.  While his roles have changed over the years, his foundation has not.

“There is no question who the leader of the pitching staff is, and who they look to,” Dunn said. “There’s got to be a guy who you can hitch your wagon to, and he is that guy.”

Hess will start his third season with the Tigers on the 55-man Golden Spikes Award Watch List and feels he still has something to prove. He has set the bar for himself and for those who play alongside him under the lights at Alex Box Stadium, Skip Bertman Field.

“I want to do everything I can here,” Hess explained. “I feel like there is some unfinished business personally and as a team.”