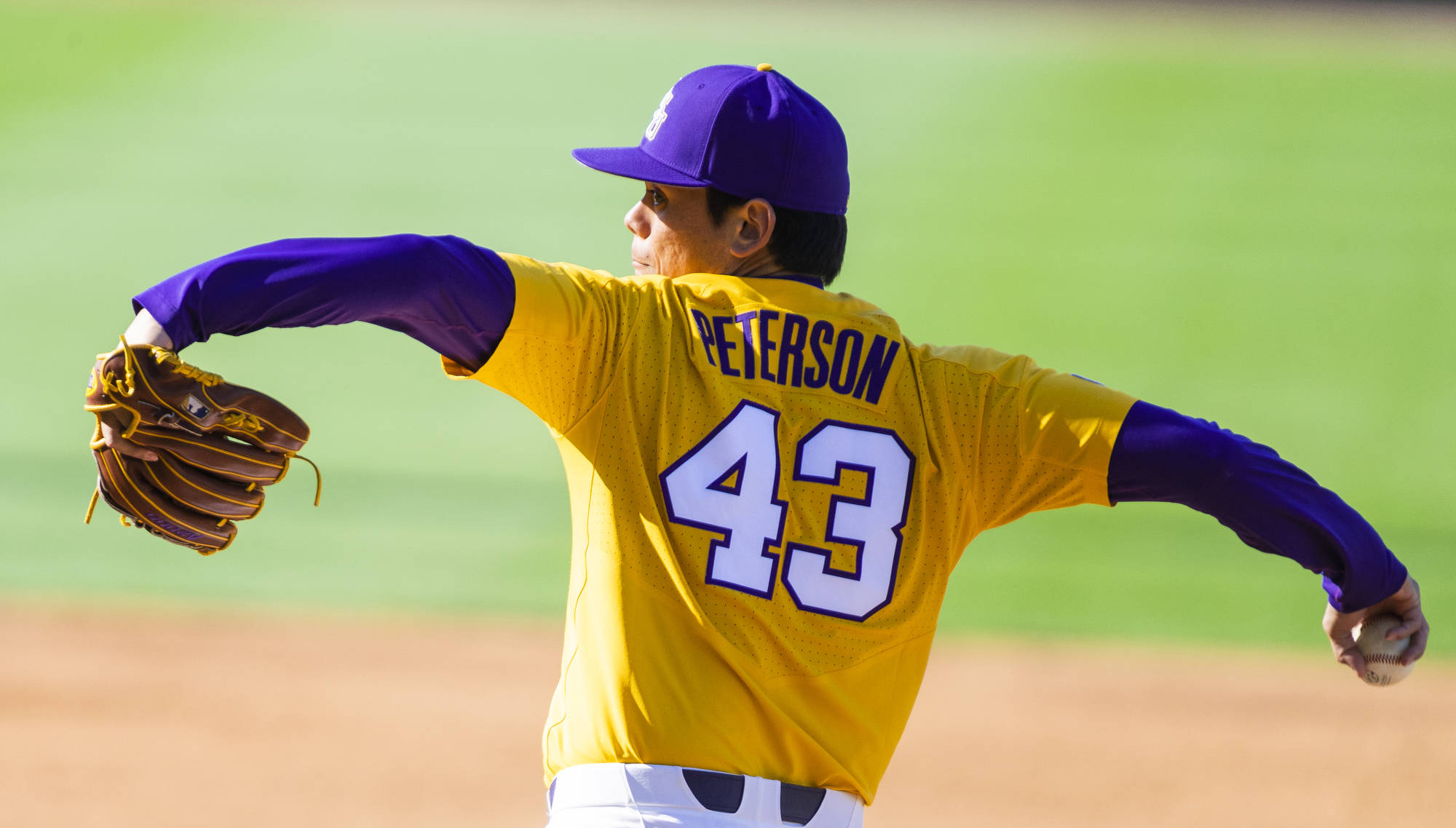 BATON ROUGE, La. — LSU junior right-hander Todd Peterson has been named by the National Collegiate Baseball Writers Association to the 75-man Watch List for the 2019 Stopper of the Year Award.

The award is given annually by the NCBWA to the top relief pitcher in NCAA Division I Baseball.

Peterson, a native of Lake Mary, Fla., was superb down the stretch of the 2018 season, posting five saves and a win in his last eight appearances of the year. He allowed in that span just three runs on eight hits in 13.2 innings with one walk and 11 strikeouts.

Peterson was named to the 2018 SEC All-Tournament Team after posting a win over South Carolina and a save versus Mississippi State in his two tournament appearances.

He helped his own cause in the victory over South Carolina, batting for himself as the pitcher and lining a two-run double to highlight a three-run LSU 12th inning. Peterson worked the final five innings of the South Carolina contest to earn the win on the mound.