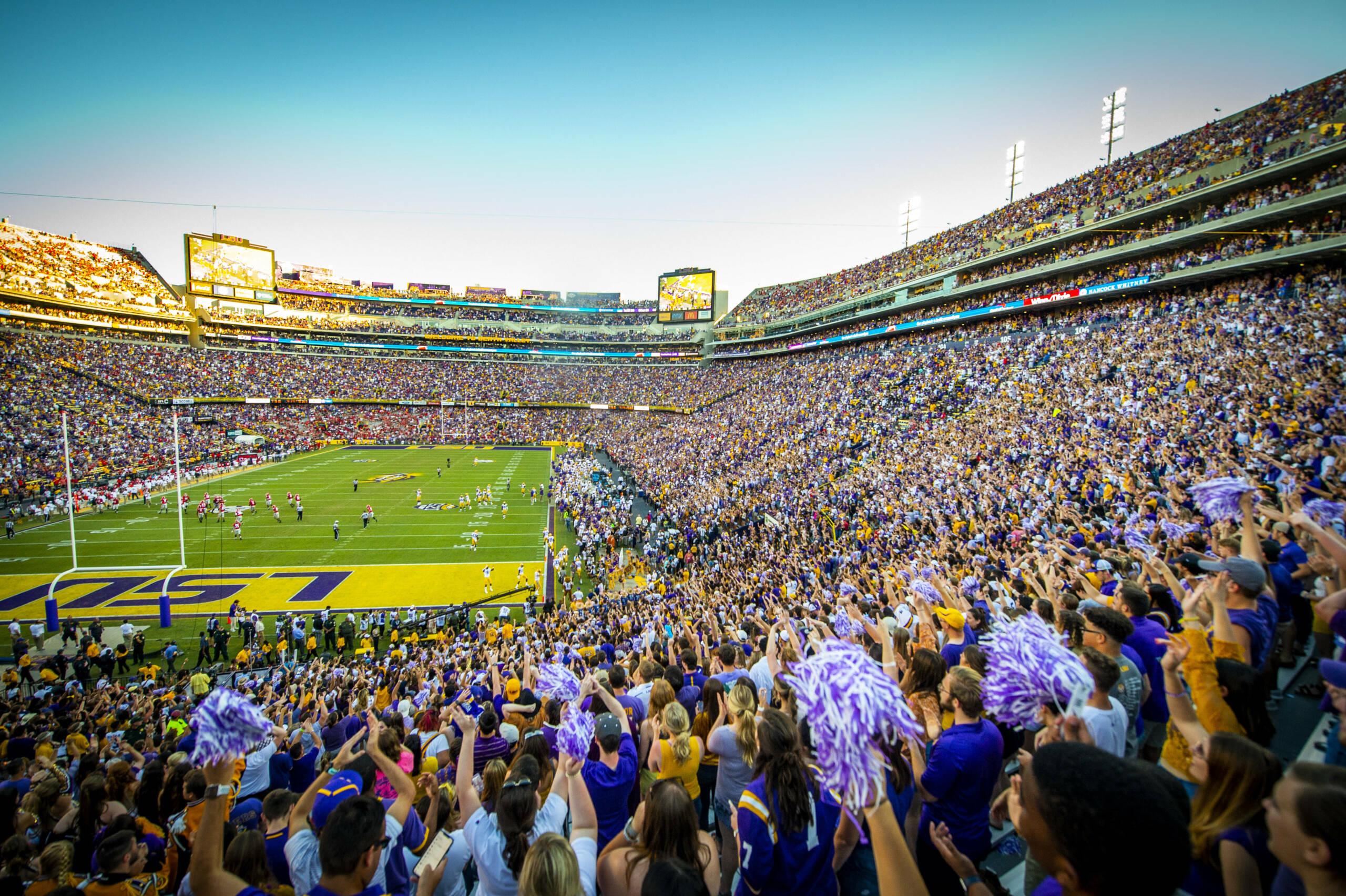 BATON ROUGE – LSU’s spring football game will be televised by the SEC Network on Saturday, April 6, the league office announced on Monday.

Kickoff for the National L Club Spring Game presented by Tony Chachere’s is set for 1 p.m. CT in Tiger Stadium.

Admission to the game is free.

The National L Club Spring game presented by Tony Chachere’s will be one of several events taking place on the LSU campus that day.

Other athletic events hosted by LSU on Saturday, April 6 include: track and field hosting the Battle on the Bayou starting at 9 a.m.; beach volleyball hosting the LSU Beach Invitational starting at 11 a.m.; men’s tennis hosting Kentucky at noon and Nicholls at 5 p.m.; baseball hosting Texas A&M at 7 p.m., and gymnastics hosting the NCAA Regional Finals at 7 p.m.

LSU opens spring practice on Thursday, March 7. The Tigers, under the direction of third-year head coach Ed Orgeron, are coming off a 10-3 mark in 2018. LSU capped its season with a thrilling 40-32 win over seventh-ranked Central Florida in the Fiesta Bowl. LSU finished the year ranked as high as No. 6 in the nation.