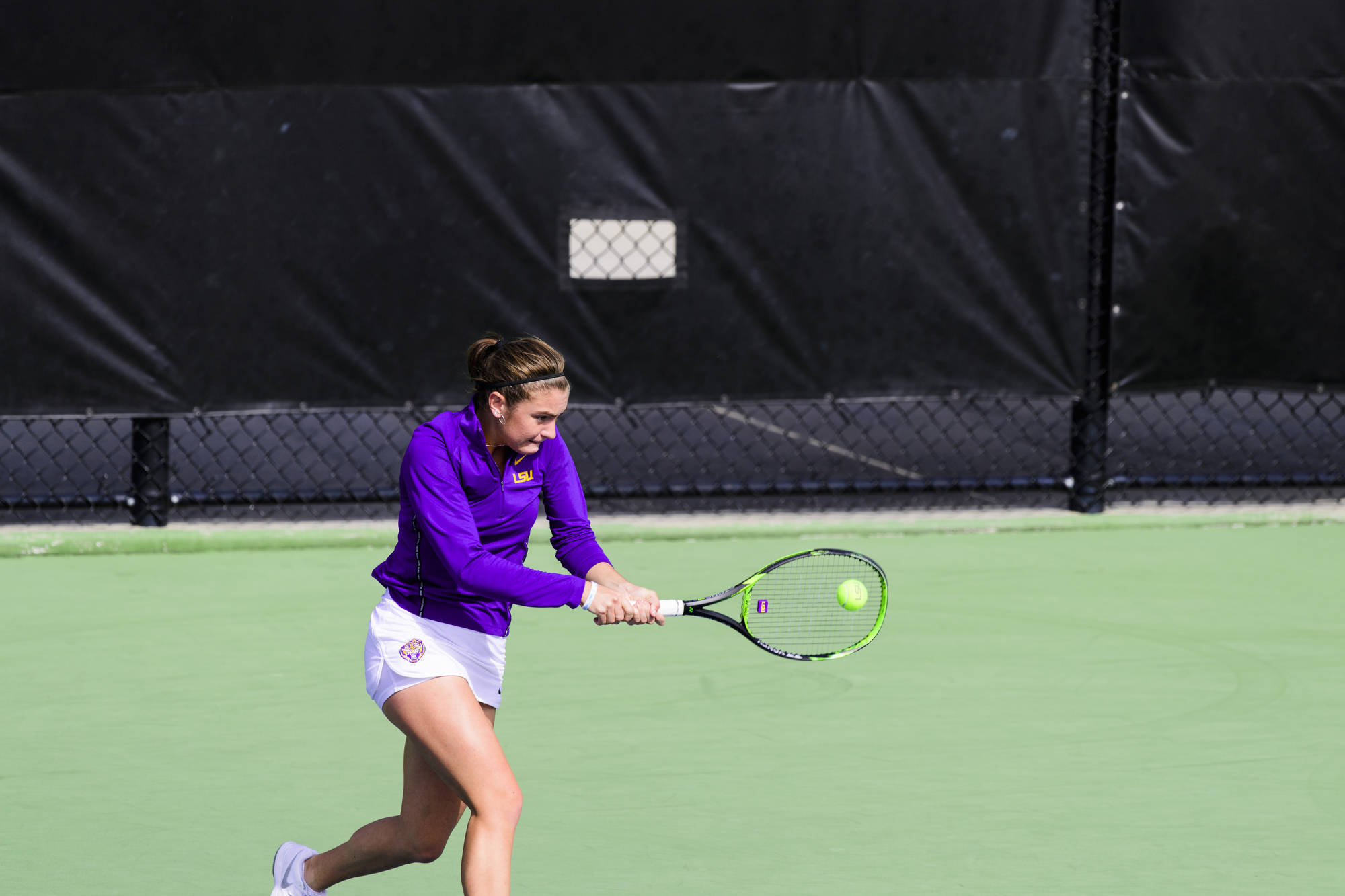 SEATTLE -– The No. 18-ranked LSU women’s tennis team fell short in a relentless 4-3 match against No. 12 Northwestern at the ITA National Team Indoor Championships at the Seattle Tennis Club on Sunday.

With the loss, the Tigers fall to 6-2 while Northwestern improves their record to 4-3.

Selling Points
“For us to come within a point of beating No. 12 Northwestern when we were nowhere near our best shows how far this team has come and how far we have the ability to go,” co-head coach Michael Sell said. “Paris and Luba really played courageous and tough throughout the tournament. We are proud of the entire team, they fought like Tigers and represented LSU to a high standard. We will continue to work hard to improve and enjoy every aspect of the process.  This is only the beginning.”

The Tigers battled hard on all three courts but were unable to secure the doubles point.

The No. 6-ranked Tigers senior Jessica Golovin and sophomore Eden Richardson won their match quickly over the No. 59-ranked pair of Clarissa Hand and Lee Or, 6-3.

Senior Kennan Johnson and freshman Anna Loughlan took an early lead but were unable to keep it, dropping the match 7-5 against Julie Byrne and Hannah McColgan.

Junior Paris Corley and sophomore Taylor Bridges fought hard on court three, forcing a tiebreak. The duo was edged out by Caroline Pozo and Rheeya Doshi, 7-6(4).

Sophomore Luba Vasilyuk gave the Tigers their first point of the match after a 6-2, 6-2 victory over Vanessa Streng on Court Six.

Bridges took the win at No. 3 singles in straight sets 6-3, 7-5 against Lee Or to give LSU the 2-1 lead over Northwestern.

Northwestern put up another point to make it a 2-2 match after Jessica Golovin dropped her match at No. 2 singles to No. 72 Julie Byrne 7-5, 6-1.

Corley finished on Court Five with a 7-5, 6-4 win after facing Rheeya Doshi to give the Tigers the 3-2 lead.

After forcing three sets, Johnson was unable to clinch at No. 4 singles, falling to Caroline Pozo in a gritty 6-4, 3-6, 6-3 match.

The Tigers will back at home on Sunday, February 17 for a match against Houston at noon CT at the LSU Tennis Complex. Admission is free.