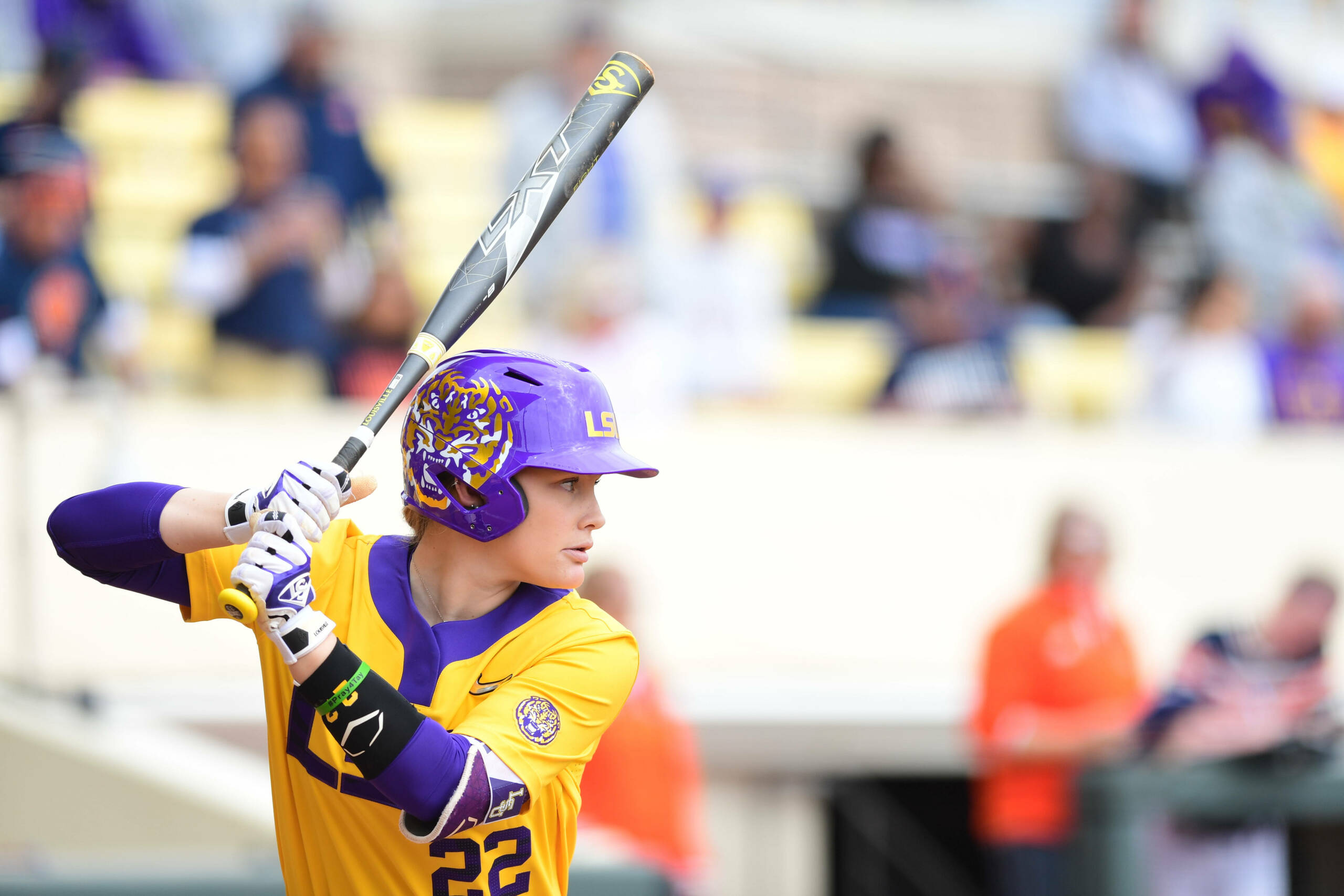 BATON ROUGE – The 10th ranked LSU softball team capped off a perfect 6-0 weekend with a 8-0 win against Bucknell in five innings at Tiger Park on Sunday afternoon.

Sophomore Shelbi Sunseri (2-0) earned the win as she started in the circle for the Tigers and allowed three hits and no runs to go along with three strikeouts.

LSU wasted no time getting on the board in its first go around at bat. Aliyah Andrews was able to get on base first with a leadoff single. Taryn Antoine pushed Aliyah Andrews across home plate with a triple, her third of the season, to deep right field. Antoine then punched in another run to give LSU a 2-0 lead in the first.

In the bottom of the fourth, Amanda Sanchez put the momentum back in LSU’s favor doubling down the right field line. Sunseri then hit a two-run dinger over the center field wall to give LSU a 4-0 lead. It was Sunseri’s fourth home run of the weekend.

LSU posed a threat again in the fifth with Andrews, Antoine and Doyle loading the bases with no outs. Sanchez stepped up to the plate and delivered a two-run double to left field to give LSU a 6-0 lead.

Sunseri was hit by a pitch to load the bases once again with no outs. Amber Serrett ripped a single through left field to score Doyle and go up 7-0. With the bases still loaded, Georgia Clark drew a walk to score Sanchez, forcing the mercy rule on Bucknell.

Andrew, Antoine, Sanchez and Serrett each went 2-for-3 at the plate and scored a combined six runs.

“I thought they did a great job. I think a lot of the work we put in the off season is showing up. We’ll be tested next week but I think instead of looking at it as a test, it’s a great opportunity for us prove what we are.”

>> It’s the second-straight season the Tigers’ started off with a 6-0 record.

>> The victory over Bucknell brings the run-rule streak to six on the weekend, which is tied for the second longest streak for run-rule games in program history. The Tigers record seven-straight run-rule wins in 2007.

The Tigers hit the road for the first time in 2019, heading to the inaugural St. Pete/Clearwater Invitational Feb. 14-16. The Tigers open up the weekend with Oklahoma State at 9 a.m. CT on Thursday on ESPNU.