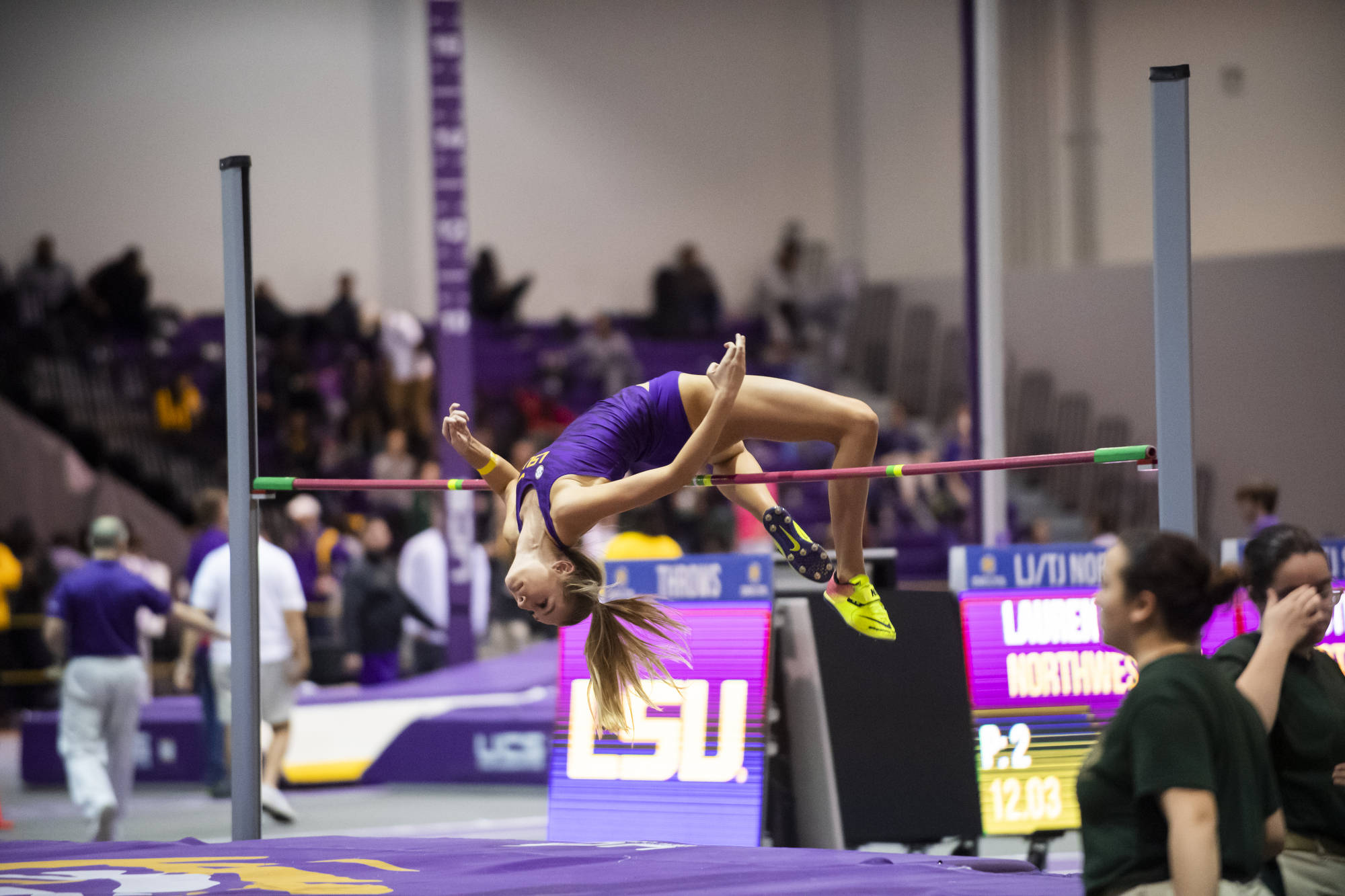 Fayetteville, Ark. – Jaron Flournoy (200 meter dash) and Abby O’Donoghue (high jump) were the event winners for the LSU track and field team on the final day of the Tyson Invitational at the Randal Tyson Track Center.

Running in his second 200 meter dash of the season, Flournoy circled the track in Fayetteville one time in 20.69 seconds to claim the top spot in the invite only portion of the event that featured 14 sprinters. The time of 20.69 gives him the sixth-fastest time in the NCAA this season, .01 seconds faster than his altitude-converted 23.70 from last weekend’s New Mexico Collegiate Classic. Correion Mosby checked in with a season best of 21.04 to place seventh in the event.

O’Donoghue won her fourth event title of the season in five tries with a clearance of 1.80 meters (5′ 10.75”) in the high jump. It’s the third time this season she has cleared that height, and it is just half an inch below her personal best. In the men’s high jump that featured the four best jumpers in the NCAA for 2019, JuVaughn Harrison cleared 2.23 meters (7′ 3.75”) to place fourth in the event.

4th high jump title of the season for @_abigailreese_!

In the women’s invitational 200 meter dash, Sha’Carri Richardson and Kortnei Johnson sprinted their way to a three-four finish. Each of the two won their respective heats, but it was Richardson’s 23.074 that narrowly edged Johnson’s 23.077 in the final standings. Richardson’s time ranks seventh nationally and Johnson’s checks in at the No. 8 spot.

Both the women’s and men’s 4×400 meter relay closed out the meet with fifth-place showings. The women’s 4×400 meter relay of Rachel Misher, Milan Young, Brittley Humphrey and Kiya Oviosun teamed up to run a 3:35.50, which was a season best and just outside of the top 10 in the NCAA. The men’s foursome of Correion Mosby, Jaron Flournoy, Dylan Peebles and Tyler Terry clocked a time of 3:06.89 in their final.

LSU will host the LSU Twilight on Friday Feb. 15 at the Carl Maddox Field House.