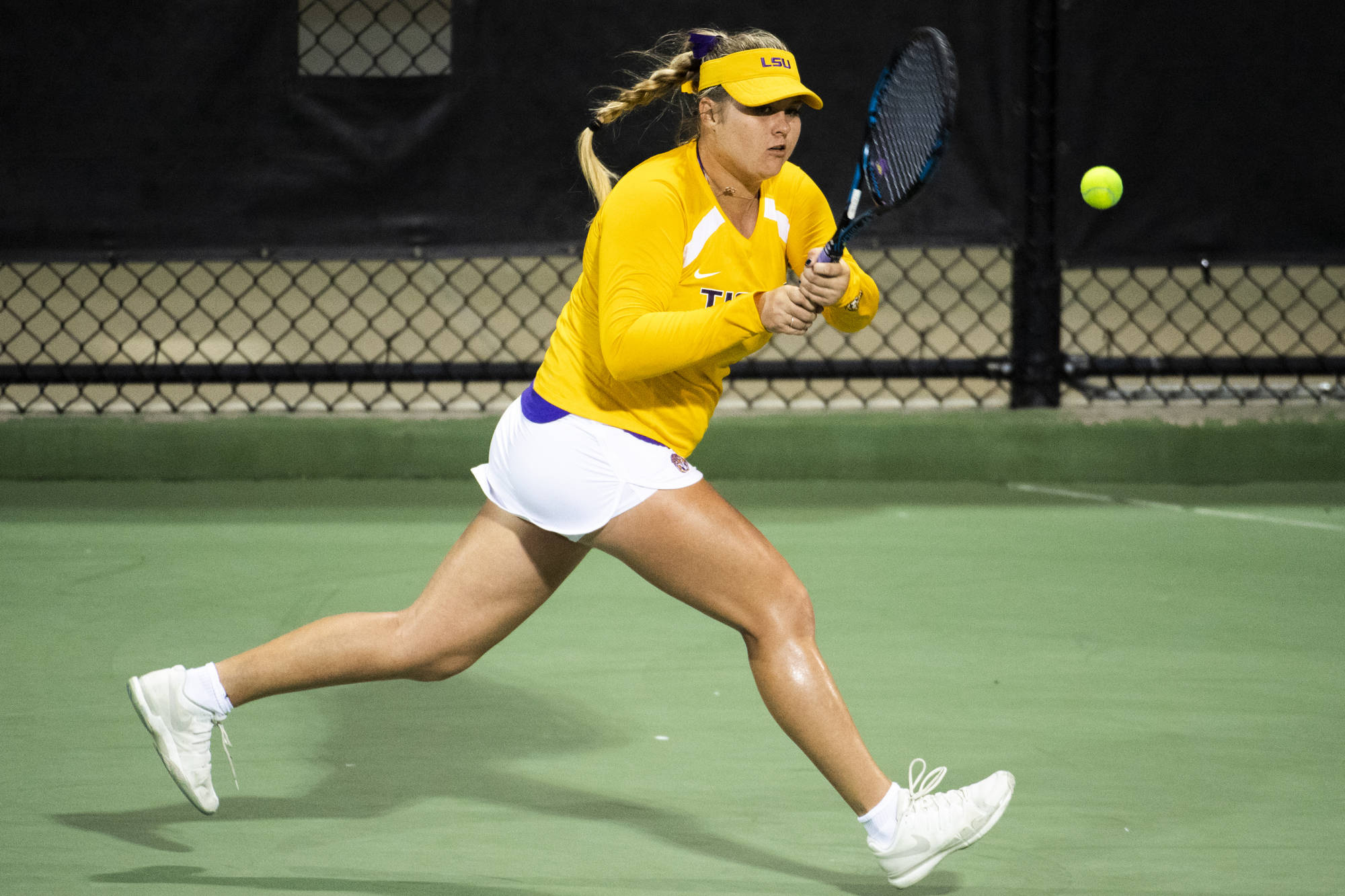 SEATTLE -– The No. 18-ranked LSU women’s tennis team received their first loss of the season at the hands of No. 1-ranked Stanford by a score of 4-0 in the round of 16 at the ITA National Team Indoor Championships at the Seattle Tennis Club on Friday.

With the loss, the Tigers fall to 6-1 on the season while Stanford improves their record to 4-0.

“We had a tough loss against the No. 1 team in the country,” co-head coach Michael Sell said. “However, we became a better team today as this match showed we can compete, with success, against any team across the net from us. If we continue to believe in ourselves, continue to improve our toughness in key situations, and keep pushing each other, this team can achieve great things. We are united, our Tiger culture is strong, and this team loves to compete.”

Play began with singles due to last-minute schedule changes due to court complications. No. 1, 2 and 3 Singles were first on the court, facing Stanford’s top-ranked players.

The No. 23-ranked singles player Michaela Gordon took the first point in straight sets for Stanford after defeating No. 19 Eden Richardson, 6-4, 6-2.

LSU’s Jessica Golovin won her first set 7-5 against No. 46 Melissa Lord, but was unable to secure the win falling 6-1 in the second set and 6-0 in the third.

On court three, LSU’s Taylor Bridges took her first singles loss of the season in a 6-2, 6-3, match against No. 57 Caroline Lampl.

The No. 4 singles match clinched the win for the Cardinal after No. 14 Emily Arbuthnott earned a 6-2, 6-2, victory over Kennan Johnson.

Match play will resume Saturday, February 9 with the Tigers facing No. 12 Northwestern in the second round. Match time is to be determined.