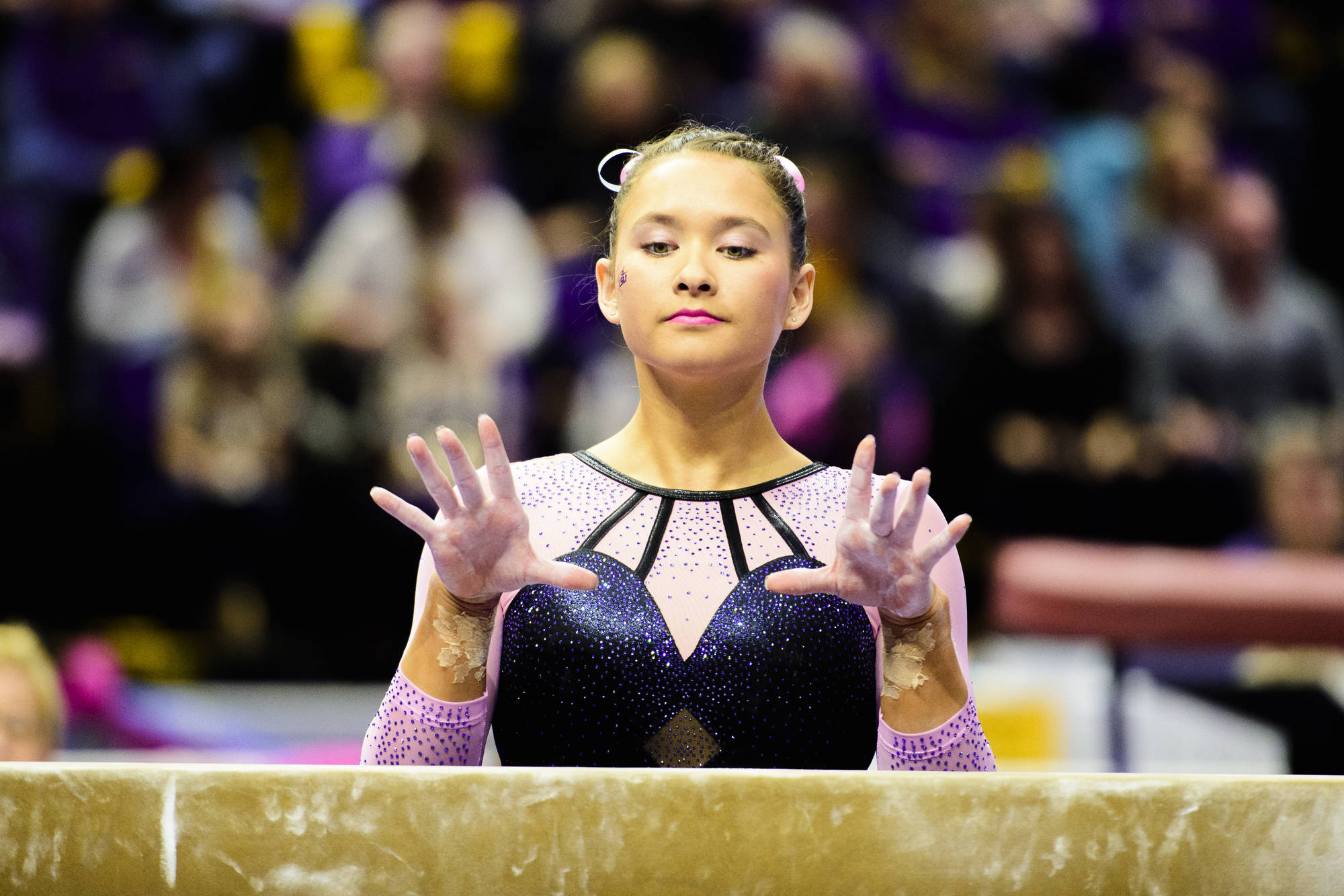 The Tigers dropped to 3-3 overall and 1-3 in the conference.

With the two wins, Finnegan pushed her career event total to 63. Her victories passed LSU legends Ashleigh Gnat and Jennifer Wood for the seventh-most wins in school history. Finnegan now owns 20 beam titles for her career and is just four away from tying April Burkholder for the most in school history.

Kentucky Takes Early Lead
LSU wasn’t able to get out of a hole as the Tigers were forced to count a low score on the way to a 48.575 on bars. Finnegan led the way for the squad in the anchor spot with a 9.875. Both Bridget Dean and Ruby Harrold scored 9.80’s. Kennedi Edney also earned a 9.85.

Vault Bounces Back for a 49.175
The Tigers hit all of their landings in the second rotation, highlighted by scores of 9.85 from Harrold and Lexie Priessman. LSU also used scores of 9.825 from Finnegan, Julianna Cannamela and Edney.

Finnegan Leads Floor with 9.925
Finnegan continued her impressive night with a 9.925 on floor for the Tigers to win the event. Christina Desiderio scored a 9.80 and Reagan Campbell posted a 9.825. LSU was forced to count two gymnasts from gymnasts who stepped out of bounds with a 9.70 from Edney and 9.65 from Harrold.

Beam Posts Multiple Career Highs
The squad responded on beam with a 49.375 to end the night. Desiderio opened the event by tying her season high with a 9.85. Dean and McKenna Kelley followed with career highs of 9.875 and 9.85 respectively. Campbell also hit her routine for a 9.875. Finnegan closed things out with a 9.925 to win the event.

Next up
LSU begins a double-meet weekend in St. Charles, Missouri, on Friday at the GymQuarters Invitational. The Tigers then return to Baton Rouge to take on SEC foe Missouri at 2:30 p.m. Sunday inside the Maravich Center.