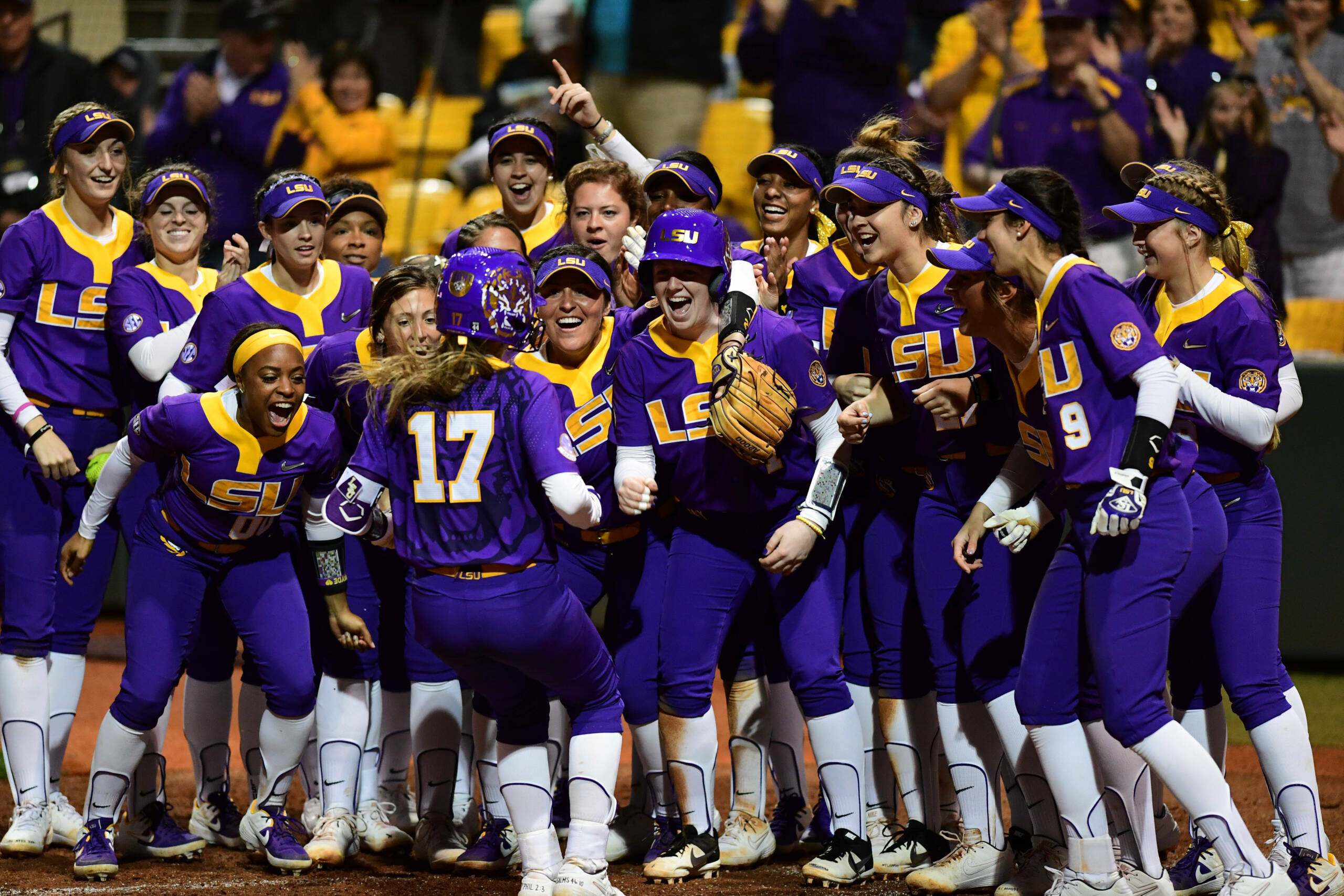 BATON ROUGE – The LSU softball team defeated Tulsa 19-1 in five innings on Thursday night to open the 2019 season and the Tiger Classic. The Tigers are now 1-0 on the season.

Tulsa got on the board first to start the game in the first inning when the Golden Hurricane scored a run on a fielder’s choice. The Tigers came in strong in the bottom of the inning scoring 12 runs off eight hits. Amanda Doyle got the first RBI of the season with a single through the left side, bringing in Aliyah Andrews, who went 2-for-3 on the day.

Graduate transfer Amanda Sanchez doubled to left center in her first at-bat in an LSU uniform, getting her first RBI of the season. Shelbi Sunseri ripped the ball to left center for a double, bringing in three runners to up the lead to 6-1. The Tigers continued the lead after a two RBI single to left field from Michaela Schlattman, who tallied a total of five RBI to start the season.

Sophomore @ShelbiSunseri starts off the 2019 season with a base-clearing double!

In the second inning, the Tigers kept their offensive momentum after a single from Shemiah Sanchez and another two RBI double from Schlattman. Amber Serrett hit the first home run of the season to left field, bringing in two runners to make it an 18-1 lead. The final run came across in the third inning off a Doyle single to left field, scoring Andrews.

“The team and the offense came out strong and we did a good job.  I thought they did all the things they needed to do.  You know it’s hard, but to be in that situation and be able to take pitches and take balls whenever you are excited and amped up to play the first game, so I thought they did a good job of being disciplined and swung big when the opportunity was there.”

“Well I challenged them to prove to me that it wasn’t a fluke, challenge them to prove that that’s real, that that’s what our offense is going to be.  You know it’s one thing to do it one day, but we got to go out and consistently swing the bats and that’s a tough thing to do.  It’s tough to have a consistent offense, so they got to prove that they can maintain that, not 19 runs, but maintain that kind of aggressive offense for the season.”

>> Gorsuch picked up her first victory of the year and her 13th in her career.

>> Serrett’s home run was her first on the year and 12th in her career.

On Deck
The Tigers continue the 2019 Tiger Classic on Friday, taking on Iowa at 3:30 and matching up with Tulsa again at 6 p.m. Both games will stream live on SECN+. For all information on the Tiger Classic, click here.