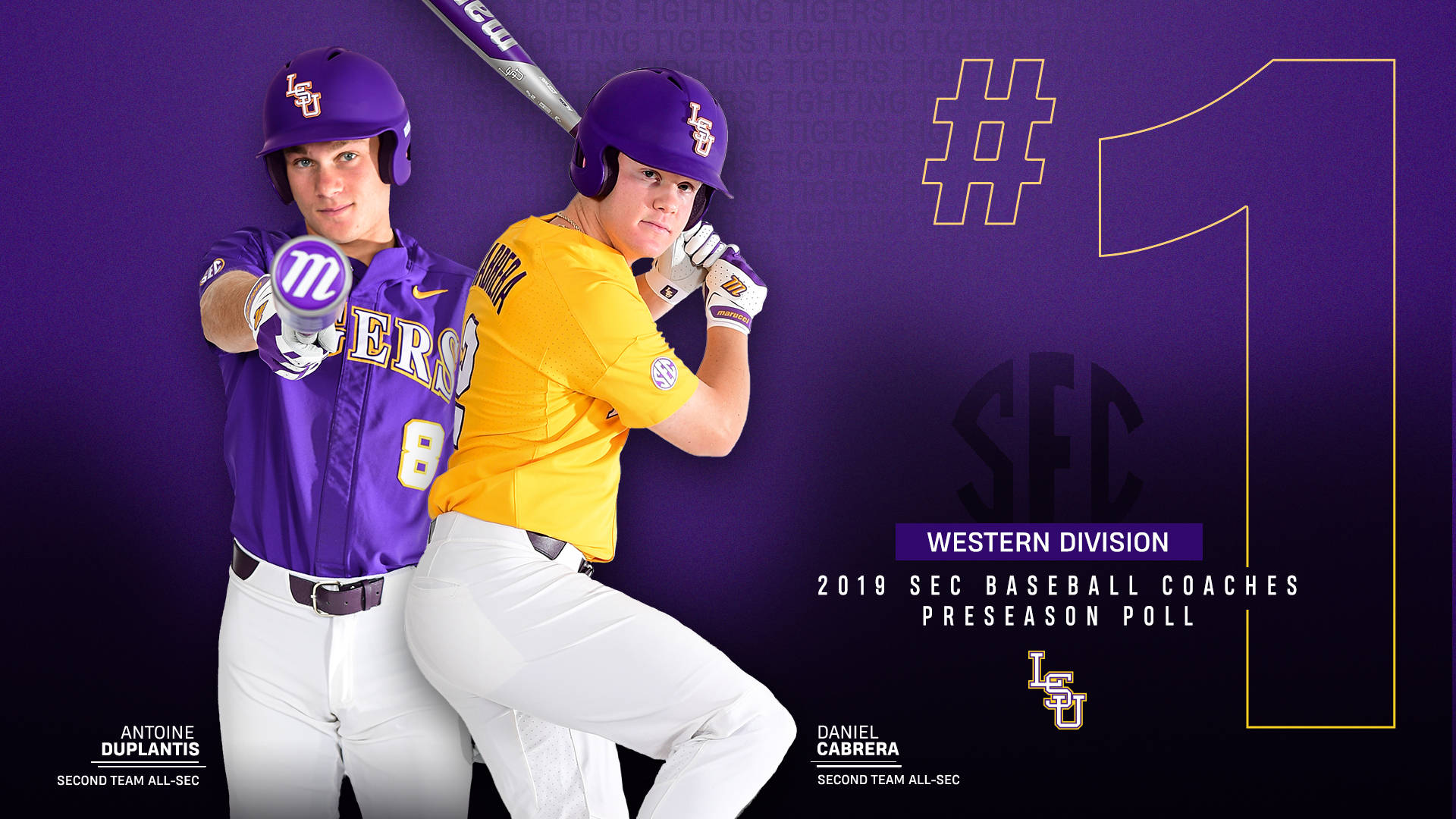 The coaches selected LSU as the favorite to win the SEC Western Division title, and the Tigers finished second behind Vanderbilt as the coaches’ choice to win the overall league title.

He was named to the 2018 SEC All-Tournament team after hitting .370 in six games with two doubles, one triple, five RBI and eight runs.

Duplantis has 268 career hits at LSU and needs 85 more to become the all-time hits leader in SEC history. Former LSU first baseman Eddy Furniss is the all-time SEC hits leader with 352 from 1995-98.

Cabrera, a 2018 Freshman All-America selection, batted .315 last season with 18 doubles, two triples, eight homers and 54 RBI. He earned Freshman All-SEC honors, and he finished seventh in the league in doubles and eighth in RBI.

The Baton Rouge, La., product played last summer as a starting outfielder for the United States Collegiate National Team, batting .300 in 14 games with one double, a team-high two homers and six RBI.

He was named SEC Freshman of the Week on May 14 after he enjoyed an incredible week in leading LSU to three wins in four games, including an SEC series victory over Alabama. Cabrera hit .769 (10-for-13) in four games (May 9-13) with two doubles, one triple, two homers and 10 RBI.

*Tie (ties are not broken)