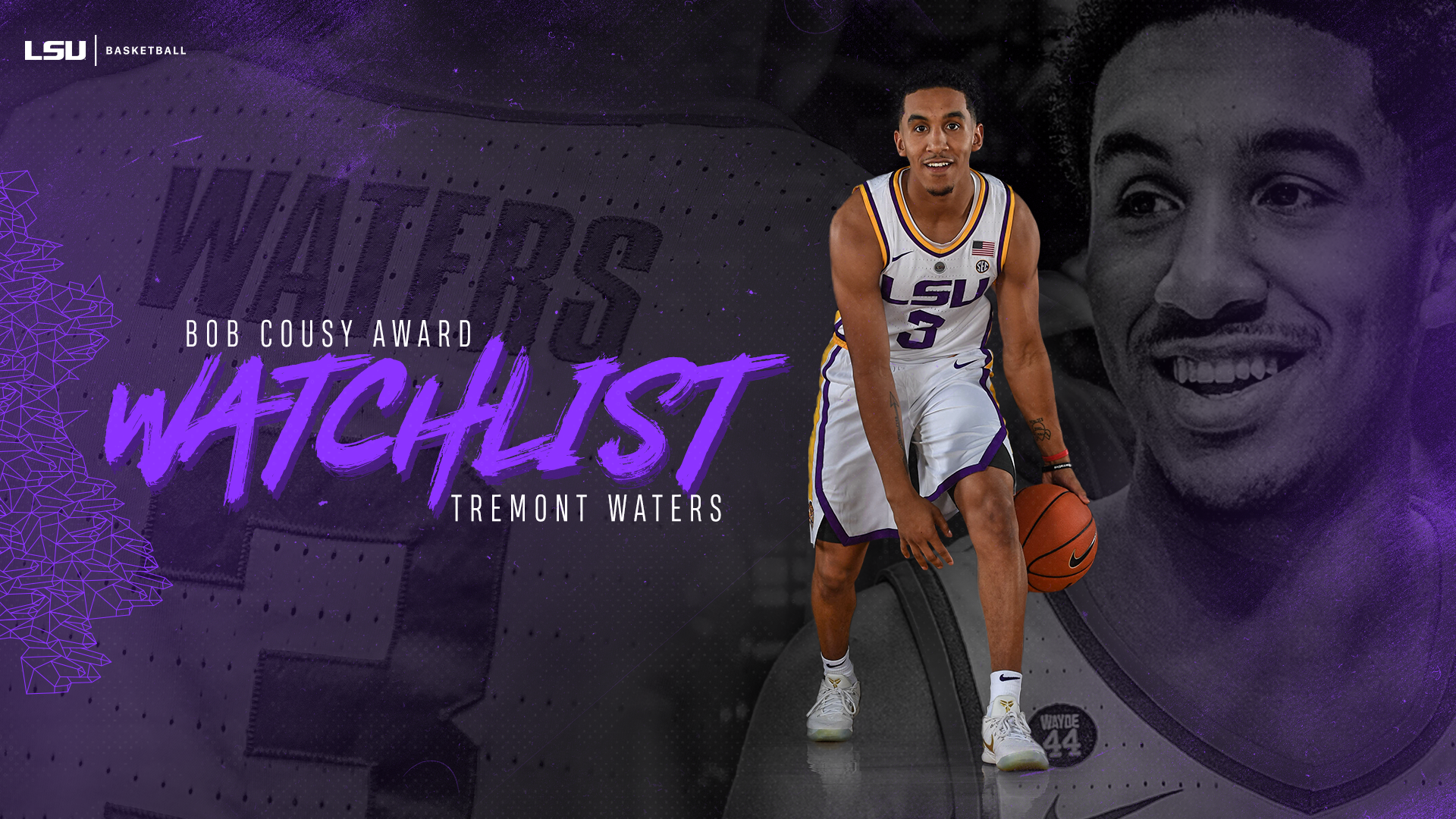 BATON ROUGE – LSU sophomore guard Tremont Waters has been named one of the 10 candidates for the 2019 Bob Cousy Point Guard of the Year Award.

Named after Class of 1971 Hall of Famer and former Boston Celtic and Holy Cross guard Bob Cousy, the annual honor now in its sixteenth year recognizes the top point guards in Division I men’s college basketball. A national committee comprising top college basketball personnel determined the watch list of 20 candidates in October, which has now been narrowed to just 10.

“For more than fifteen years, the Cousy Award has recognized the top collegiate point guard annually, forming a fraternity of honorees who have gone on to have tremendous success in the game,” said John L. Doleva, President and CEO of the Basketball Hall of Fame. “The ten players on this list exhibit many of the characteristics that made Bob Cousy a world-class point guard and they should be proud to be recognized for their efforts at this juncture in the season.”

In March, five finalists will be presented to Mr. Cousy and the Hall of Fame’s selection committee. The winner of the 2019 Bob Cousy Award will be presented at The College Basketball Awards presented by Wendy’s in Los Angeles, CA on Friday, April 12, 2019, along with the other four members of the Naismith Starting 5. Additional awards being presented and receiving support from Eaton Ephesus Lighting include the Jerry West Shooting Guard Award, the Julius Erving Small Forward Award, the Karl Malone Power Forward Award and the Kareem Abdul-Jabbar Center Award. Broadcast information will be released by ESPN at a later date.