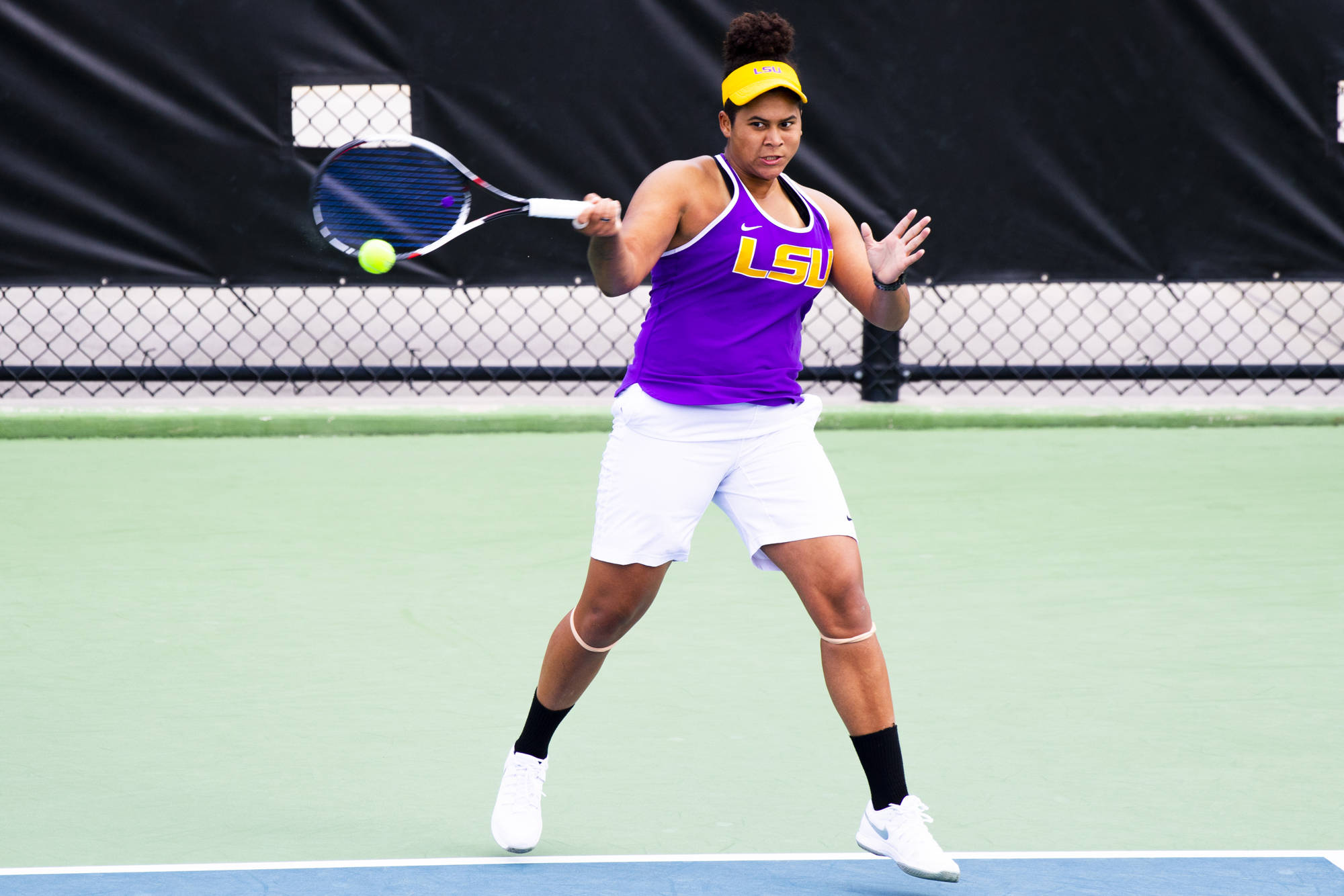 BATON ROUGE — The No.18 LSU women’s tennis team has continued its strong start to the season with back-to-back wins against Rice and Southern in their home opener on Sunday at the LSU Tennis Complex.

“I saw a lot of great things. Rice is a really great team. I think they are hands down the best team we have played so far,” said co-head coach Julia Sell. “They have a lot of talent at every spot. Even though this match was 7-0, I think if you break the scores down individually, this was not a 7-0 match. I am really proud of our girls, I thought they raised their level today and stepped up to the challenges today. We had two girls down 0-5 in their first sets and came back to win. That is what we are looking for is our players competing and not stopping until we are shaking hands at the end. I am very happy with today.”

“We love playing alongside the men. If you come in our facility right now, we have so much fun with our men’s coaches and players. I think it is a real family environment we have created. We are trying to do this more and more. Obviously, we have this beautiful facility we want to maximize the potential of. For the players, it is such a unique experience. Normally our schedules are opposite, so the fans get to come out and see both at once.”

The Tigers took the doubles point early against the Owls with two wins on court one and three.

The No. 9-ranked duo of senior Jessica Golovin and sophomore Eden Richardson were the first off of the court after defeating the No. 55 pair of Michaela Haet and Linda Huang, 6-2.

LSU secured the doubles point when the No.30-ranked couple sophomore Taylor Bridges and junior Paris Corley to the 6-4 victory over Victoria Smirnova and Anna Bowtell.

Golovin brought LSU’s score to 2-0 after finishing the contest against Victoria Smirnova in straight sets, 6-1, 6-4, on court two.

Vasilyuk finished strong on with a 6-2, 6-0 victory on court six against Priya Niezgoda to extend the LSU’s lead over the Owls to 3-0.

LSU got off to an early lead in the match after taking the doubles point.

On court three the No. 30-ranked duo of Corley and Bridges claimed their second win of the day after defeating Anya King and Nandi Munyulwa, 6-0.

The No. 9-ranked tandem of Richardson and Golovin clinched the point after finishing 6-1 over Tanaka Chakunyuka and Rufaro Chirewa on court one to give LSU the 1-0 lead.

Johnson, the No. 72 singles player gave the Tigers their second point after winning in straight sets, 6-2, 6-0, on court four against Munyulwa.

Vasilyuk clinched the match with a 6-1, 6-1, victory over D’Jeri Raymond.

The Tigers will travel to Seattle, Washington to compete in National Indoor Team Championships February 8-11. This is the second time in program history that LSU will be competing.