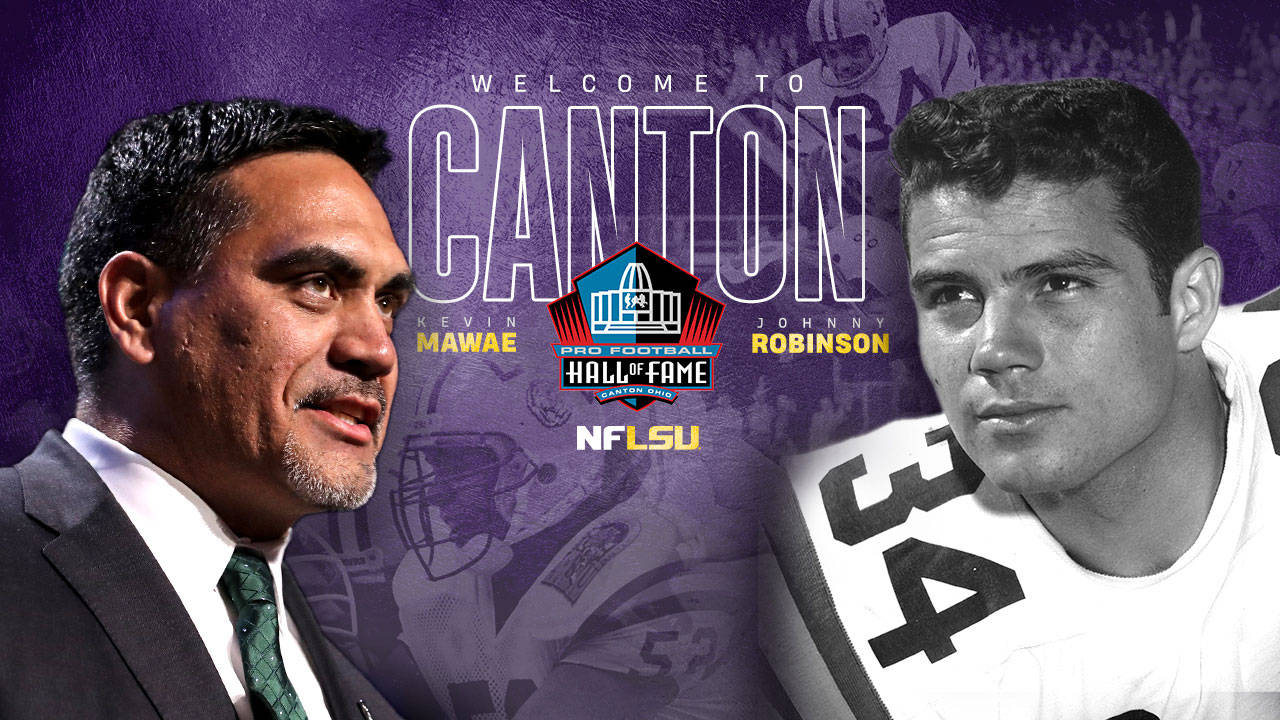 ATLANTA — LSU center Kevin Mawae and safety Johnny Robinson were elected to the Pro Football Hall of Fame Class of 2019, it was announced Saturday evening.

The pair became the fourth and fifth LSU players to earn the prestigious honor, joining fullback Jim Taylor (1976), quarterback Y.A. Tittle (1971) and halfback Steve Van Buren (1965). LSU ranks second in the Southeastern Conference with five players in the hall of fame. Only one other school has more than three.

The Class of 2019 will be formally enshrined in Canton on Aug. 3, 2019. The ceremony is nationally televised by NFL Network and ESPN.

Mawae, the 16-year center in the NFL, was selected on his third Modern-Era final ballot in his fifth year of eligibility. He was named to eight All-Pro teams, and eight Pro Bowls during his career while playing in 241 career games.

In August of 2018, Robinson was selected as the seniors finalist for the Class of 2019 in Canton, Ohio. The seniors committee is comprised of nine members of the Hall of Fame’s selection committee who consider players whose careers ended at least 25 years ago.

Robinson was an all-state football, tennis and basketball player at University High School in Baton Rouge, Louisiana. He committed to LSU, where his father was the longtime tennis coach. An integral part of the backfield that led LSU to the 1958 national title, Robinson also won the SEC tennis championship in singles and the SEC doubles championship with his brother while at LSU.

Robinson was the first-round draft selection of the AFL’s Dallas Texans in 1960. He remained with the team for his entire career, staying with them when they moved to Kansas City to become the Chiefs. He was a six-time first team All-Pro selection and is one of only two players to lead both the AFL and NFL in interceptions.

In 1980, he founded the Johnny Robinson Boy’s Home in Monroe, Louisiana. The home, which he still manages today, provides a versatile community-based alternative to traditional juvenile placement.

Former Tiger offensive lineman Alan Faneca was also among the 15-man list of hall of fame finalists for the fourth time. Faneca advanced through the first cut to 10 finalists.

The Hall of Fame’s membership, including the newly elected Class of 2019, stands at 326.