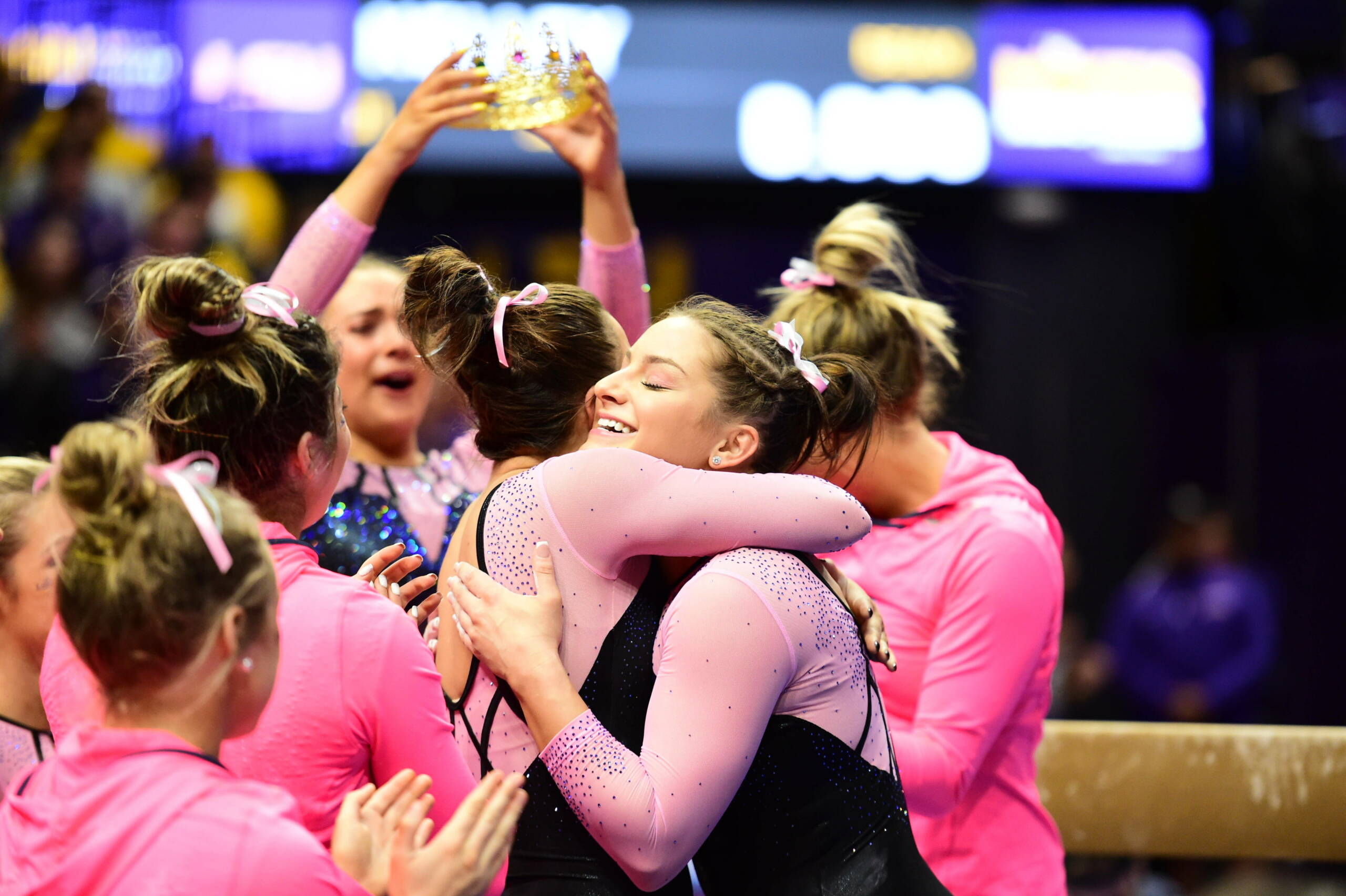 BATON ROUGE – The fifth-ranked LSU gymnastics team totaled a 197.150 in a convincing victory over NC State Friday night inside the Maravich Center.

“It was a pretty decent score tonight and another 197,” LSU head coach D-D Breaux said. “We just lost momentum at certain places tonight after a really strong start on vault and bars. The fact that we did what we did tonight and scored a 197 gives us something to feel good about. It also gives us an opportunity to continue to improve.

Missouri native Sarah Finnegan once again was victorious in the all-around as she totaled a 39.650. With the win, Finnegan has now won the all-around in all five meets this season. Finnegan also earned the beam and bars titles. Kennedi Edney took the vault title for the Tigers. Senior McKenna Kelley ended the night with a 9.975 to tie her career high and win floor.

Tigers Open with Strong Vault
Junior All-American Edney recorded a season-high 9.95 in the anchor spot to lead the way for LSU. Finnegan opened the rotation with a 9.875. Sophomore Sarah Edwards and Senior McKenna Kelley scored 9.85’s while Ruby Harrold rounded out the first rotation with a 9.80.

Finnegan’s Near Flawless Routine Leads Bars
The Tigers posted an impressive bars rotation with four scores of 9.90 or higher. Bridget Dean was moved to the leadoff spot and earned a 9.775. Freshman Bailey Ferrer made her debut on bars with a 9.825. Harrold matched her season high with a 9.925 and Edney and Lexie Priessman followed with scores of 9.90.

Finnegan capped off the second rotation with a 9.95 to tie her season high. It marked her 19th career bars title to tie Rheagan Courville for the second most in school history.

Beam Extends Lead for the Tigers
Finnegan earned her 19th career beam title in the anchor spot with a 9.95. Compiling a 9.825 were both Edney and sophomore Reagan Campbell. Christina Desiderio opened the third rotation with a 9.725 and Dean also scored a 9.775.

Next up
LSU returns to the road to take on Kentucky in Lexington at 7:30 p.m. CT on Friday, February 8. The meet will be televised live on the SEC Network.