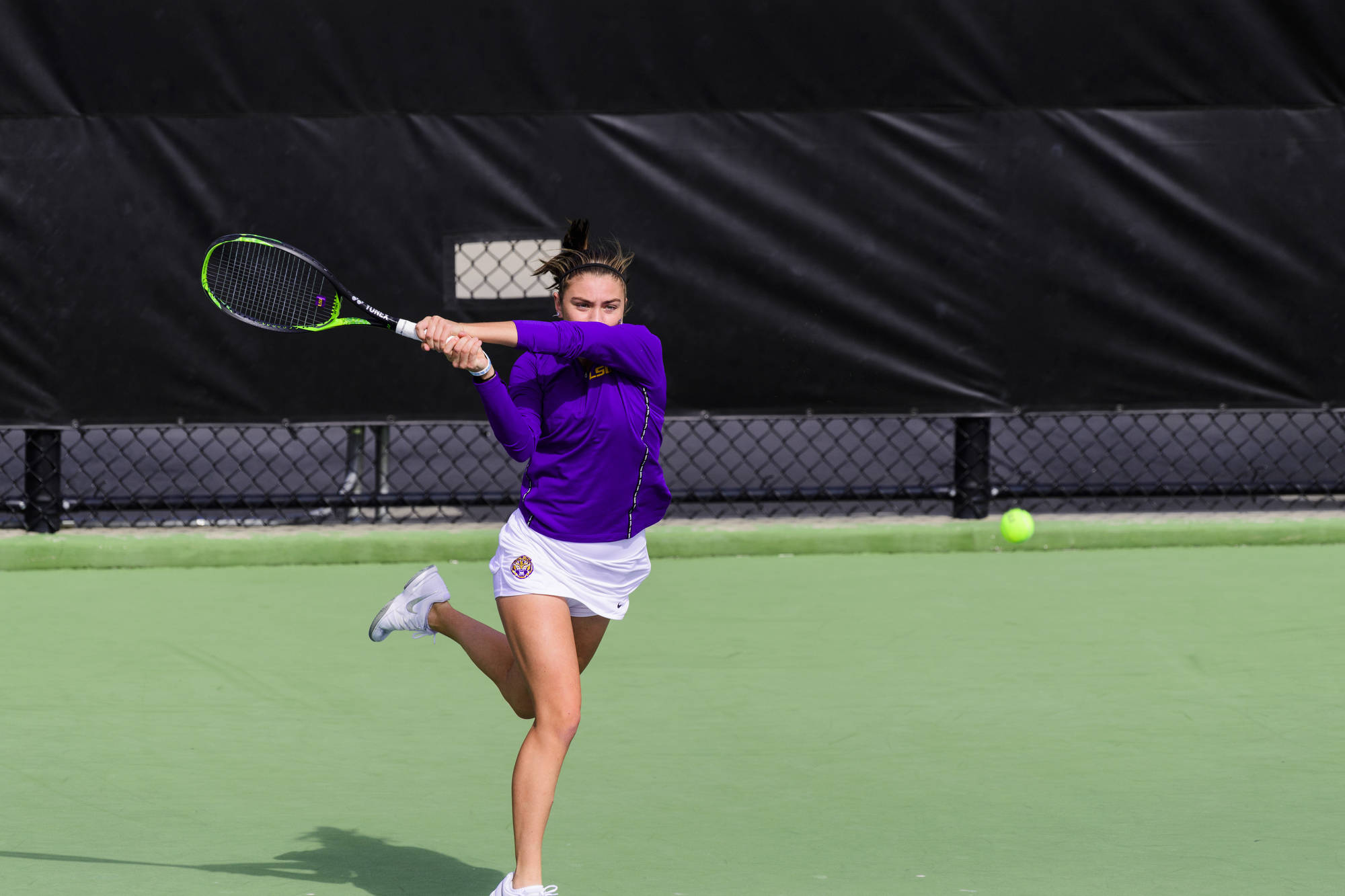 LSU improves their overall record to 4-0 in the season with all of the matches played on the road, while Tulane drops to 4-1.

“It was an incredible atmosphere competing side by side today with our men’s program,” said co-head coach Julia Sell. “We are so excited for them with today’s upset victory! Our players did a good job of taking care of their courts under difficult weather conditions. We have been indoors for the past few weeks and coming outside today in the cold and wind was a challenge. Every time we are challenged like this it just makes us stronger and better.”

The Tigers earned the doubles point after hard fought sets on courts one and three.

The No. 9-ranked pair of senior Jessica Golovin and sophomore Eden Richardson snagged the doubles point for the Tigers and took the 7-5 win over Elena Muller and Christina Sisti.

The last three courts helped in clinching the match for the Lady Tigers against the Green Wave.

Loughlan brought the score to 4-0 to secure the win for the Tigers after a 6-1, 6-4, victory over Alex Alegre on court five.

The Tigers will be back in Baton Rouge this Sunday, February 3 for their opening home matches against Rice and Southern on beginning at 12 p.m. CT. The LSU men’s tennis team will also face Rice at home.