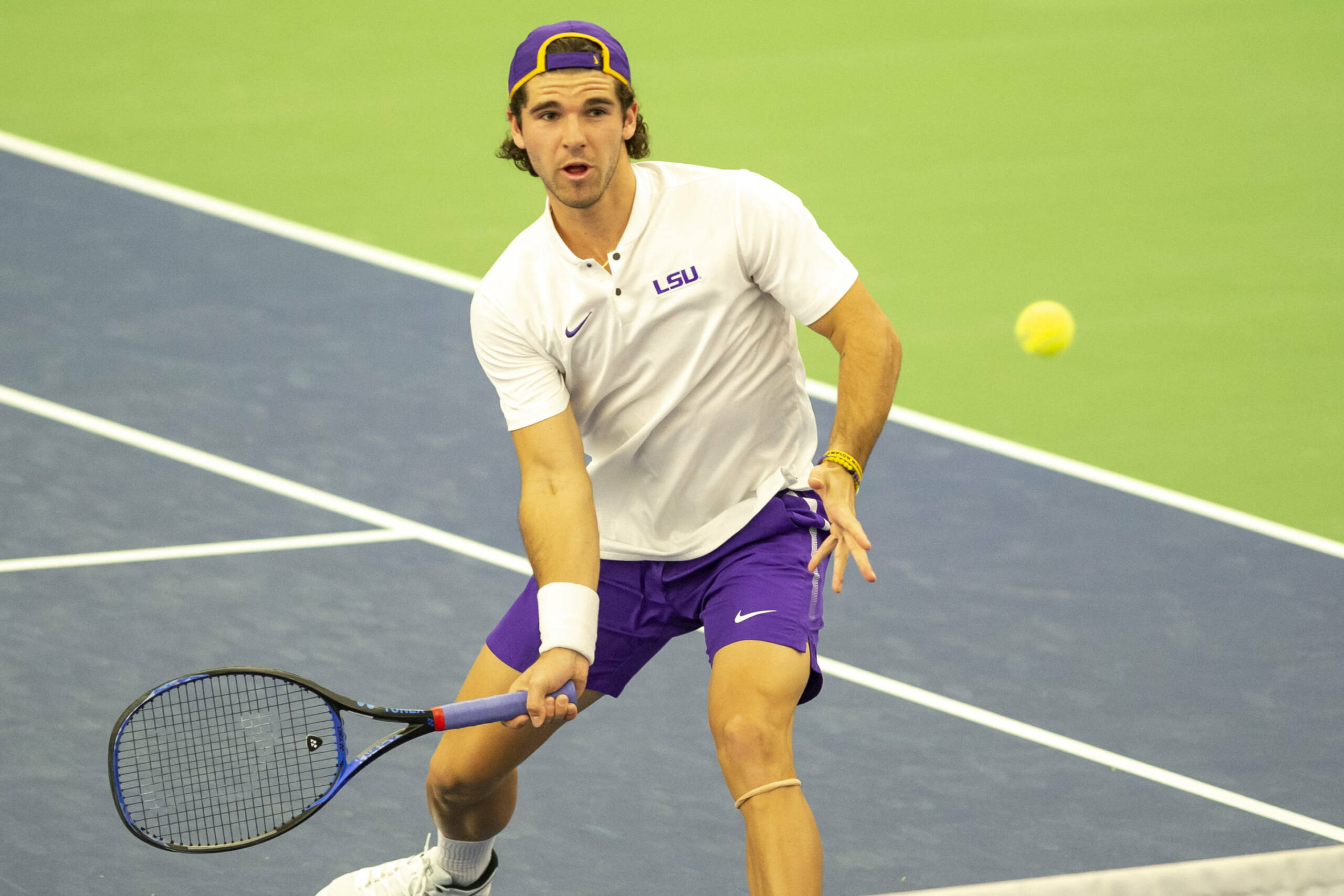 NEW ORLEANS — Trailing 2-5 in the third set, sophomore Malik Bhatnagar rattled off five consecutive games to clinch his match on court three against Hamish Stewart, 4-6, 7-6(1), 7-5, and give the LSU men’s tennis team its first win against No. 17 Tulane in three seasons Friday afternoon at the City Park Pepsi Tennis Center.

With the win, LSU improves to 5-1 on the season while Tulane drops to 4-1.

Co-Head Coach Chris Brandi on the Match
“This year we have a little different energy and some guys that want to go out and get it with the match on the line,” co-head coach Chris Brandi said. “Tulane is a very good team, and they do a great job. These are the sort of battles we want to be in with top-20 teams. We have to use this momentum the rest of the way. We have a lot of room for improvement, and that’s exciting.”

Doubles Point
The Tigers started off hot on court three when the freshmen Boris Kozlov and Nick Watson easily took a win from Dane Esses and Stewart, 6-1.

Tulane forced the doubles point to a deciding court one after Tyler Schick and Luis Erlenbusch defeated Daniel Moreno and Shane Monroe, 6-2, on court two.

LSU’s Rafael Wagner and Joey Thomas were unfazed on court one, however, and gave the Tigers the 1-0 lead after nabbing a 6-3 win from Ewan Moore and Akos Kotorman.

Senior Monroe showed grit in his court one win against Moore. After taking the first set in a tiebreaker, 7-6(0) and falling in the second set, 2-6, he rebounded to force the deciding match point to Bhatnagar on court three with a 6-2 third set.