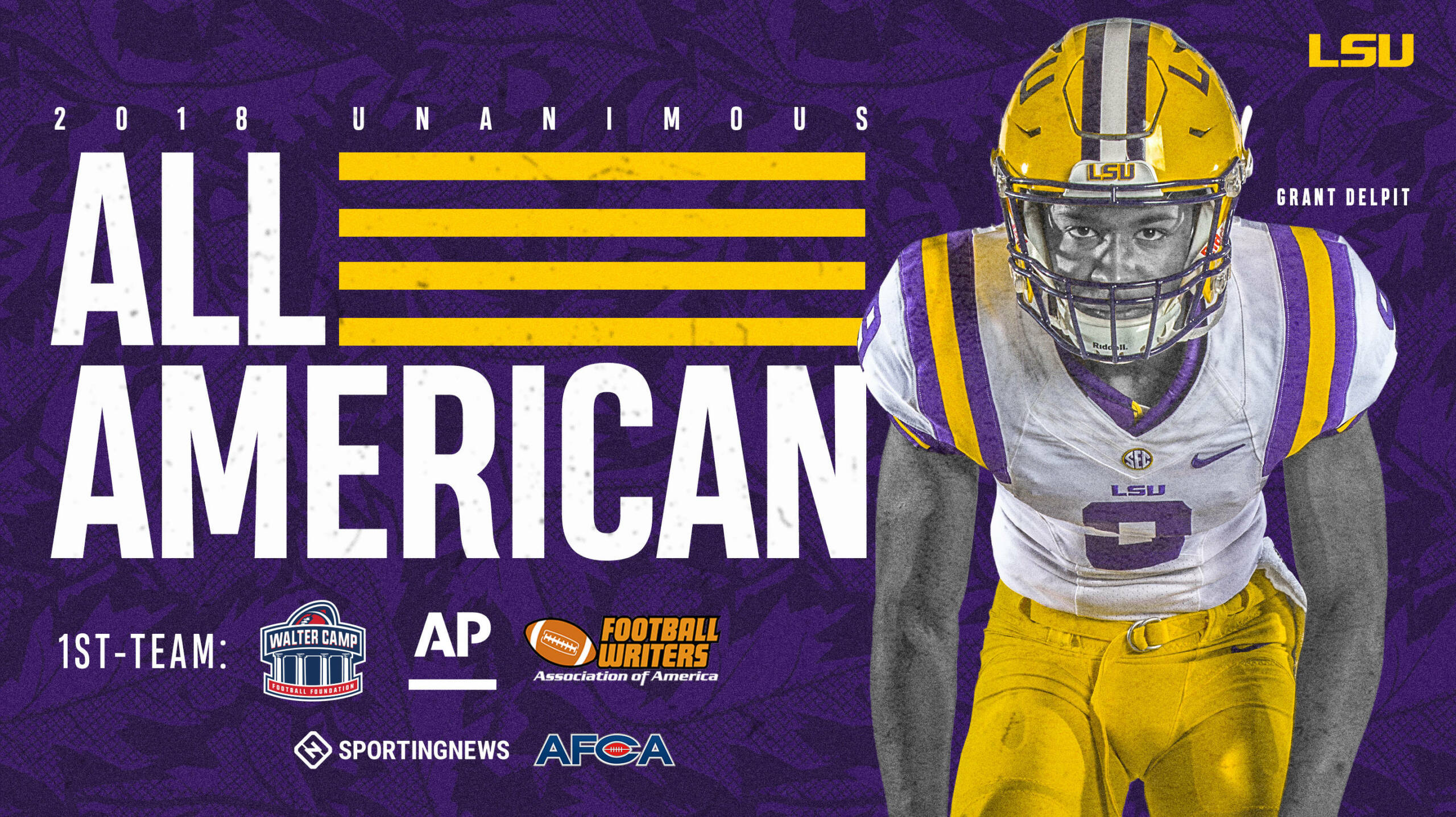 The 2018 AFCA FBS All-America Team was announced today by the American Football Coaches Association and it’s the last of the All-America teams recognized by the NCAA.

Joining Delpit on the first team for the Tigers were linebacker Devin White and cornerback Greedy Williams. LSU placekicker Cole Tracy earned a spot on the second team.

The AFCA has selected an All-America team since 1945 and currently selects teams in all five of its divisions. What makes these teams so special is that they are the only ones chosen exclusively by the men who know the players the best — the coaches themselves.

By earning first team All-America distinction from the AFCA, Delpit becomes only the ninth unanimous All-American in LSU history and the first since cornerback Morris Claiborne claimed the honor in 2011.

In order for a player to be considered a unanimous All-America they must earn first team honors from the five major organizations that select All-America teams – Walter Camp Foundation, Associated Press, Football Writers Association of America, Sporting News, and AFCA (below).

He is in the company of some of the greatest to wear the purple and gold! pic.twitter.com/CRXWdZ16ys

Delpit finished the 2018 regular season with 73 tackles, including 9.5 for losses and 5.0 sacks for the 11th0-ranked Tigers. He also led the SEC in interceptions with five.

White, who was named the winner of the Butkus Award as the top linebacker in college football, ranked second in the SEC in tackles with 115 and was 10th in the league in tackles for loss with 12.0.

Williams, who was one of three finalists for the Thorpe Award as the nation’s top defensive back, had 33 tackles, nine pass breakups and a pair of interceptions for the Tigers in 2018.

Tracy, LSU’s graduate transfer kicker, led the SEC in field goals with 25 and in field goal percentage at 86.2 percent. He also finished second in the SEC in scoring with 113 total points.