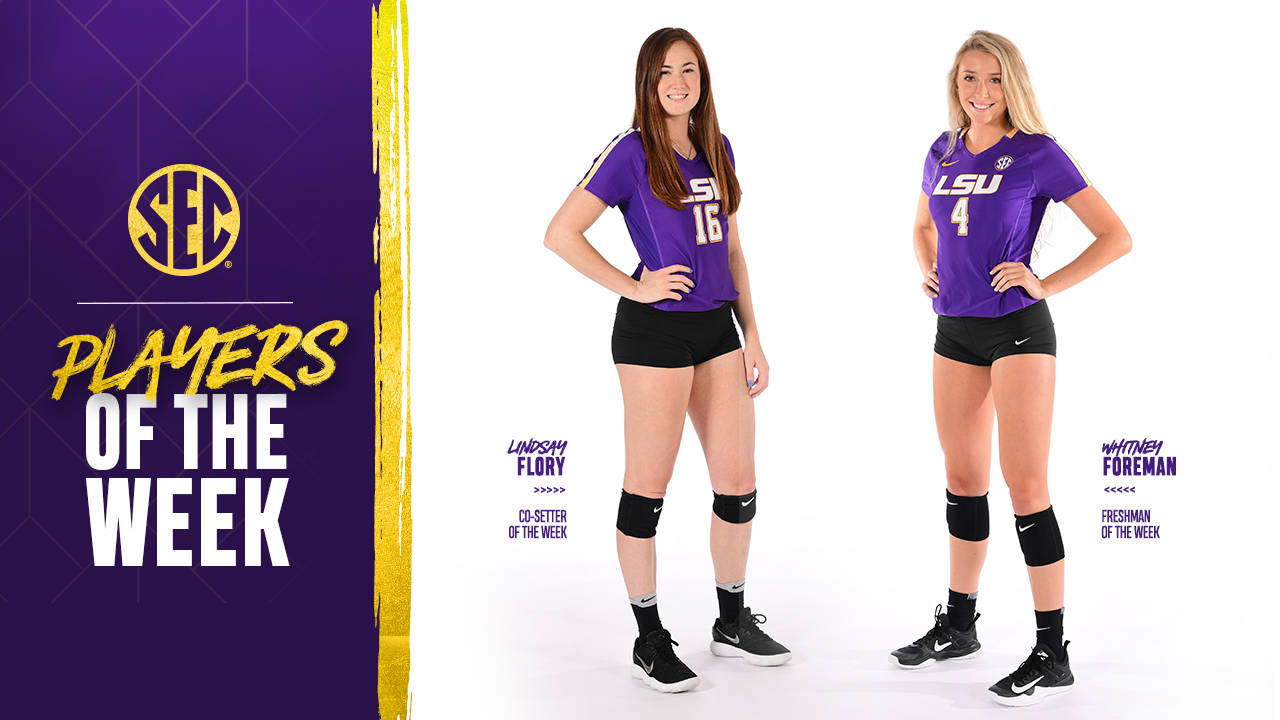 BIRMINGHAM, Ala. – After picking up two victories on the road over the weekend, the LSU volleyball team garnered two SEC weekly honors. Lindsay Flory was named SEC Co-Setter of the Week, while Whitney Foreman was tabbed as SEC Freshman of the Week, the conference announced Monday.

Flory made a huge impact in the two victories over the weekend, dishing out a total of 87 assists in eight sets, averaging 10.88 assists per set. She finished with 53 assists and 15 digs in the Tigers’ win over Alabama on Sunday, her fifth double-double on the year and sixth in her career.

The Baton Rouge native picked up two aces and total of 24 digs to go along with two blocks in the two matches. She led her team to one of the best offensive weekends of the season, hitting .352 on the weekend.

Foreman also put together some great performances on the weekend, finishing with a career-high 13 kills and a .526 hitting percentage in the Tigers’ win over Alabama on Sunday, the first win in Tuscaloosa since the 2011 season. She tallied six blocks on the weekend, three in each match and led the Tigers in the fourth set against Alabama with five kills. Foreman had the kill to bring the Tigers within one late in the fifth set against Alabama, 14-13.

After the back-to-back victories, the Tigers are 9-14 on the year and 4-8 in the SEC. They return home on Wednesday to face Ole Miss in the PMAC at 6 p.m. CT. The match will air on SEC Network.