Free Admission for Baseball at The Box Friday Night 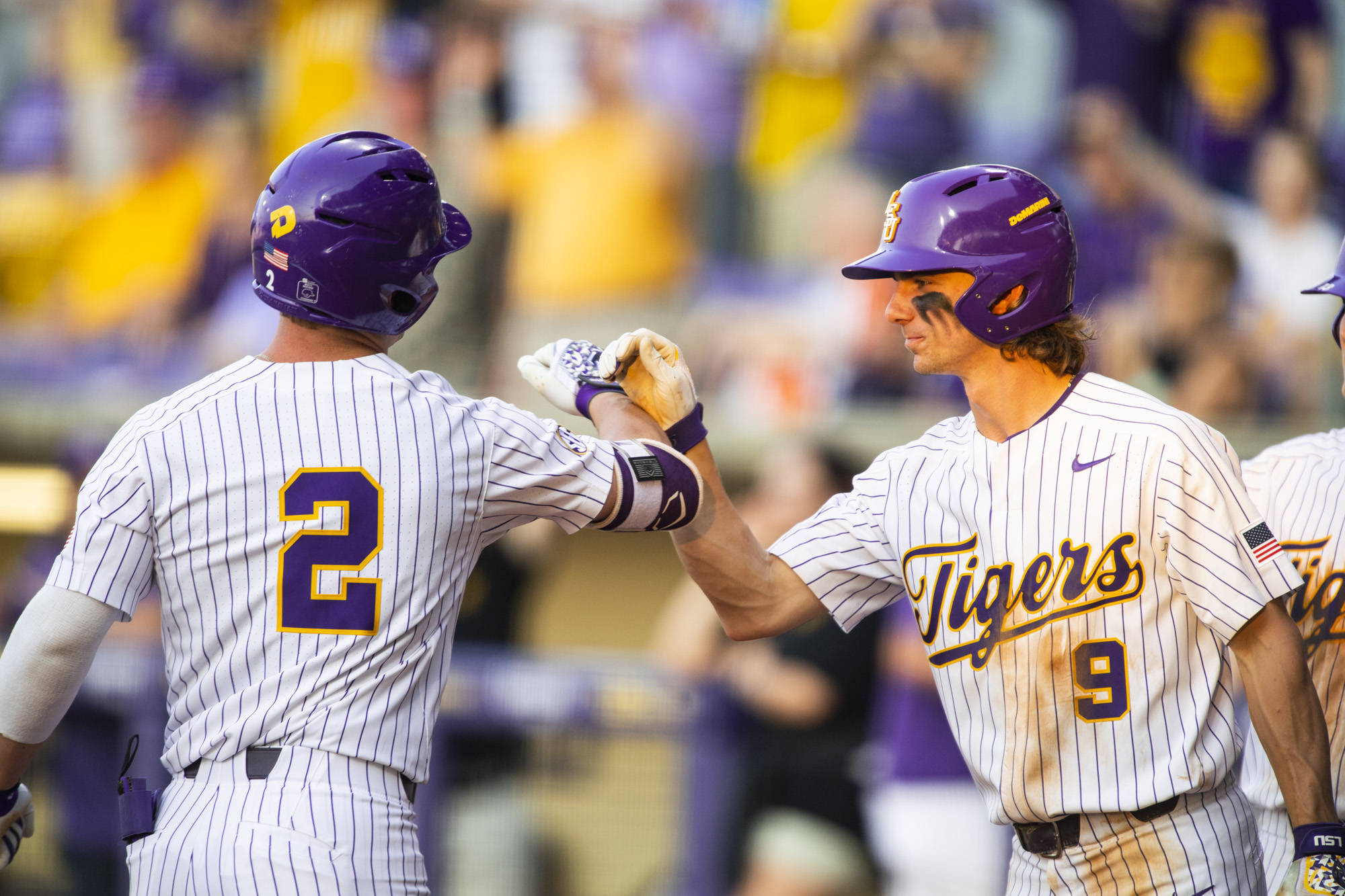 Friday’s game is open to the public with free admission and free parking, and fans are advised that LSU’s clear bag policy will be in effect with entrances available at Gates 1, 2 and 3 of the stadium. Bathrooms will be open for fans’ convenience; however, concessions stands will not be operating.

“Our players are always fired up for the Purple-Gold World Series, because it gives them a chance to perform in a very competitive environment” said 13th-year LSU coach Paul Mainieri, who has directed the Tigers to 29 different championships during his first 12 seasons. “We invite all of our fans to come out to ‘The Box’ on Friday night, including everyone who’s on campus for the LSU-Alabama football game. We’d love to give our players a real sense of what ‘Baseball at The Box’ is like during the regular season.”

Following are some of the special rules that will be in effect for the game:

• The game will be 8 innings in duration.

• In the event of the game being tied after 8 innings, one extra inning will be played with international rules being used for the extra inning (begin inning with runners on 1st and 2nd, no one out).

• In the event the game is tied after 8 innings, only one extra inning will be played.

• A pitcher cannot throw more than 20 pitches in one inning. The inning will end with 3 outs or 20 pitches, whichever comes first.

• In administering the pitch count limit, if the pitcher is below the limit when starting a batter, he will finish that batter’s at bat regardless of pitch count.

• The only exception to the pitch count limit of 20 pitches per inning would be in the 8th inning and 9th inning (if needed). There will be no limit for the 8th inning or the extra inning.

The Tigers will begin the 2019 regular season on February 15, when they play host to UL-Monroe in Alex Box Stadium, Skip Bertman Field.