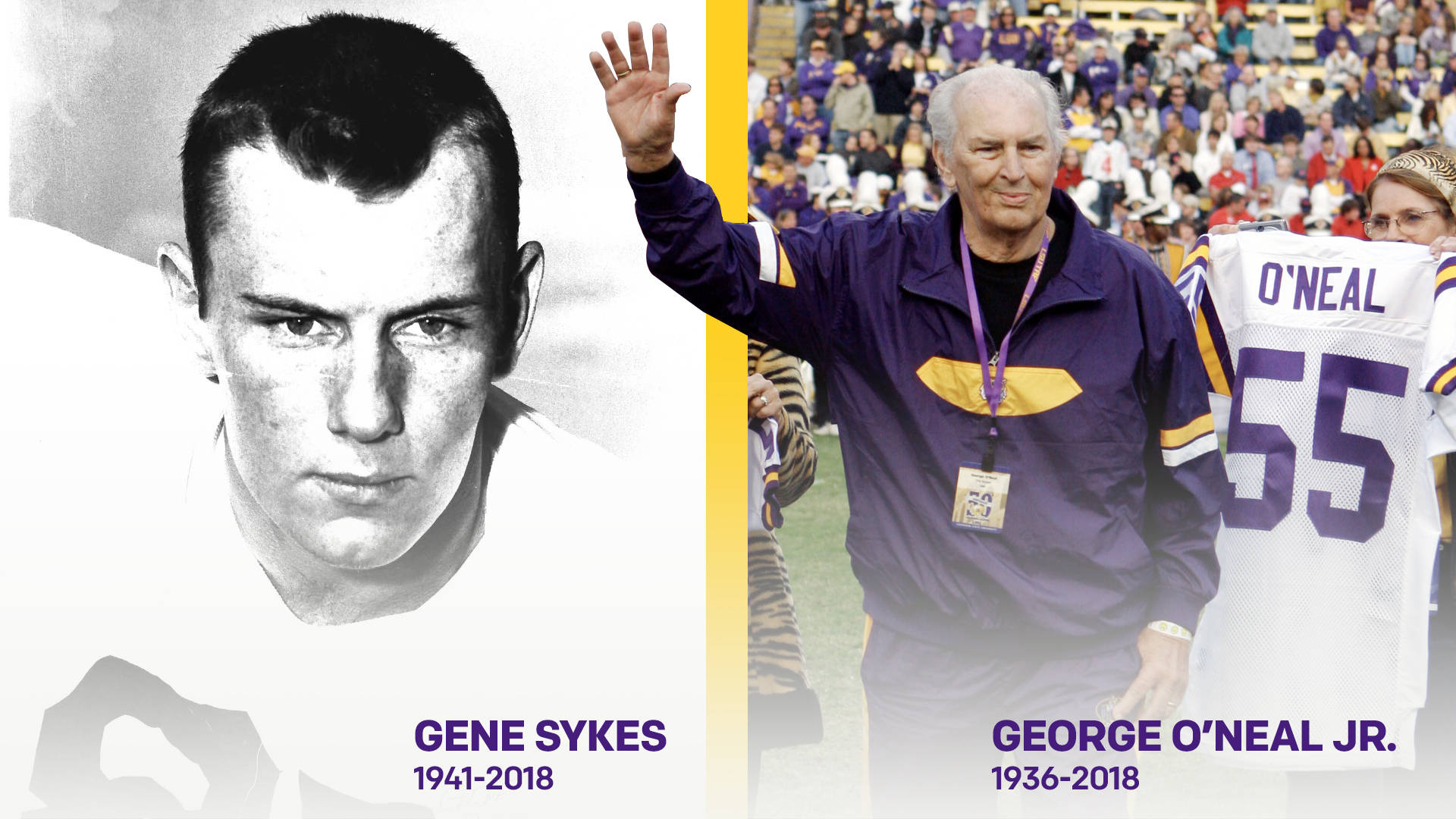 O’Neal, Jr., who was here on campus for the reunion of the 1958 championship team and the statue unveiling of the late Dr. Billy Cannon in late September, passed away from a lengthy illness on Oct. 28, while Sykes passed away at his home here in Baton Rouge on Oct. 26.

He was born in Crosby, Mississippi on Nov. 24, 1936, but was a lifelong resident of Baton Rouge, attending University Lab School on the LSU campus from first through 12th grade where he played football, basketball and baseball, graduating in 1954. He served in the United States Navy from 1955-57 before returning to the campus where he graduated in 1963.

O’Neal went on to open his own construction company Diversified Construction Consultants, Inc. He also was an active member of Grace Baptist Church where he became a Deacon and started a bible ministry and mentored at Angola Prison.

Visitation will be Friday (November 2) from 1-2 p.m. with the memorial service to follow at Grace Baptist Mid-City Church, 630 Richland Avenue in Baton Rouge.

He lettered in 1960 as a sophomore with the Chinese Bandits and left end on the White Team in 1961 when the Tigers were 10-1 and again in 1962 when Charles McClendon took over from Paul Dietzel as head coach. In his last two years the Tigers won 19 games, including 11 SEC contests and two bowl games.

Sykes was raised in Covington, Louisiana and attended Covington High School. He came to LSU in the fall of 1959 and played with the Tigers in 1960, ’61 and ’62.

He was picked in both the NFL and the AFL drafts in 1963, including in round eight of the AFL draft by the Buffalo Bills. He played three seasons for the Bills and one season for the Denver Broncos with four career interceptions. He was part of Buffalo’s AFL Championship teams of 1964 and 1965.

Sykes is survived by his sons Eugene C. (Jay) Sykes of Donnelly, Idaho, Douglas F. (Doug) Sykes of Baton Rouge, and one grandchild, Kaitlyn Sykes of Los Angeles. He is also survived by his brother Gus Sison of Long Beach, Mississippi; his sister Susie Miller of New Orleans, and sisters-in-law Toni Sykes and Donna Sison.

A visitation will be held at Rabenhorst Funeral Home, 825 Government Street in Baton Rouge on Friday (Nov. 2) from 9-11 a.m. followed by a brief funeral service.