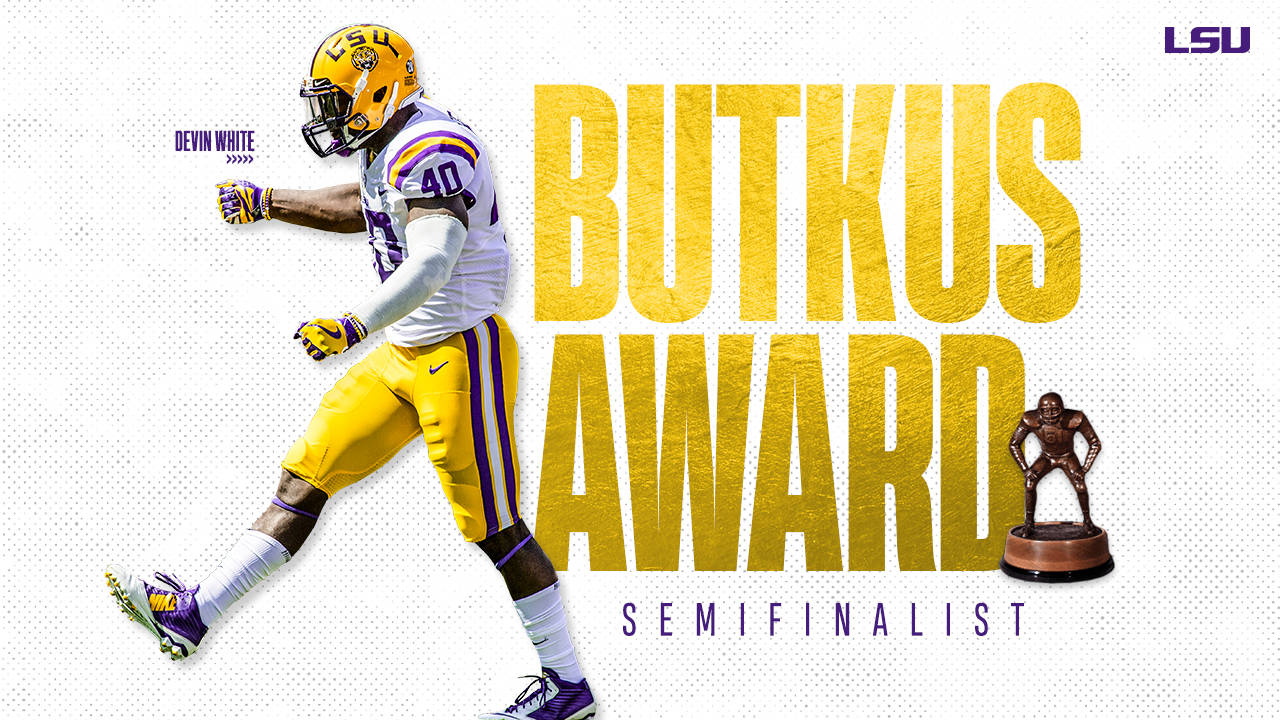 BATON ROUGE – LSU junior Devin White has been named as one of 10 semifinalist for the prestigious Butkus Award, which is presented annually to the nation’s top collegiate linebacker.

White, a junior from Springhill, Louisiana, currently leads the Tigers and ranks third in the Southeastern Conference in tackles with 76. He also 7.0 tackles for loss, one sack, six quarterback hurries and he’s forced one fumble and recovered two others.

White is one of the leaders of an LSU defense that is allowing only 15 points per game and leads the SEC and ranks sixth in the nation in turnovers gained with 19.

LSU goes into Saturday’s game with top-ranked Alabama ranked No. 4 in the nation and with a 7-1 overall mark and a 4-1 league record. The Tigers are the only team in the nation with four wins over Top 25 teams, including three against Top 10 foes.

Last year in his first season as a starter for the Tigers, White led the SEC in tackles with 130 and he was named the league’s defensive player of the week a record four times.

The Butkus Award selection is handled by a panel of 51 coaches, recruiters, scouts and journalists who vote separately and confidentially using a 3-2-1 process. Selectors and selection criteria are posted at www.thebutkusaward.com.