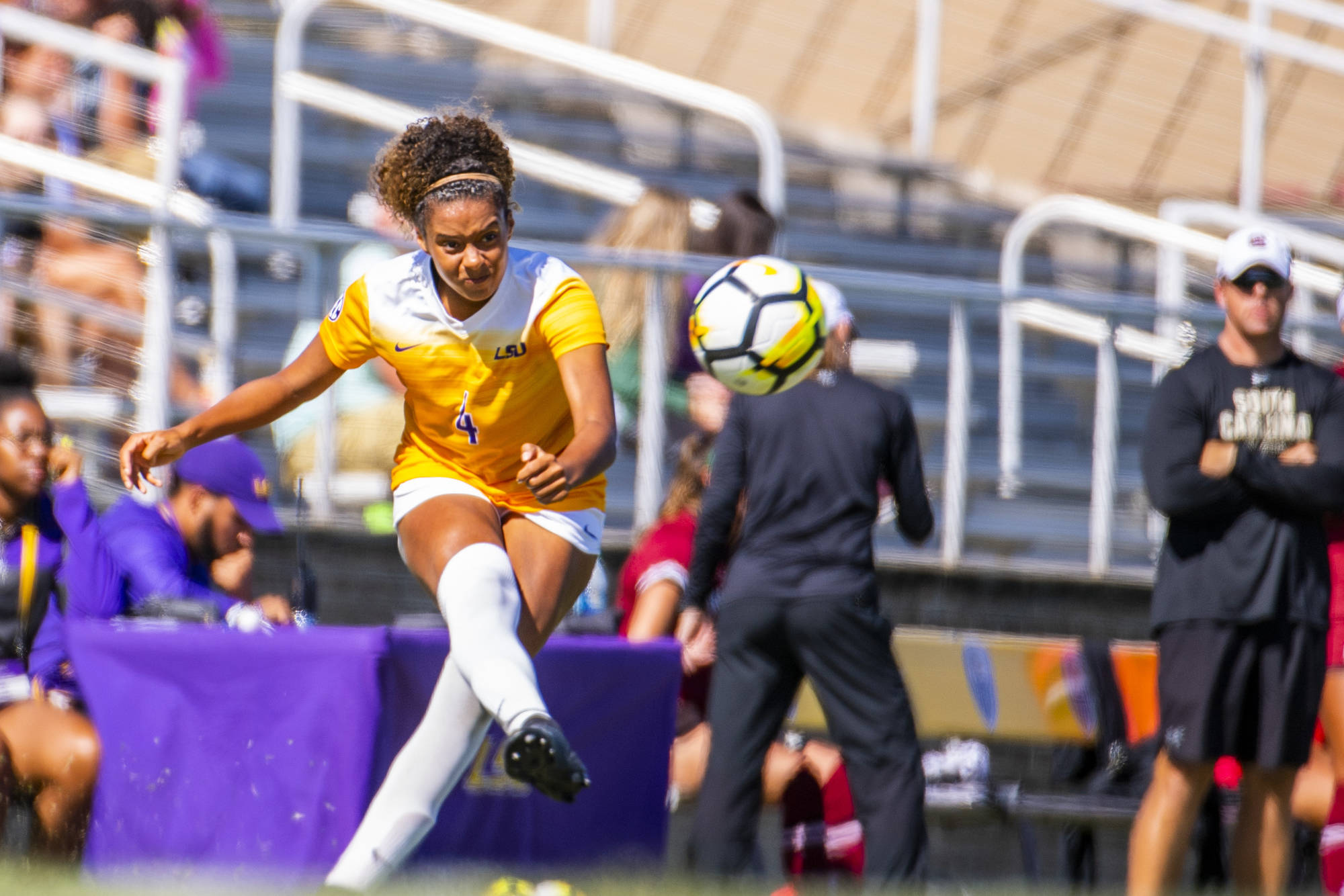 Orange Beach, Ala. – For the first time since 2015, the LSU soccer team (11-6-1, 5-4-1 SEC) is back in the SEC Tournament. The No. 7 Tigers will take on 10th-seeded Missouri in the first game of the conference tournament at 1 p.m. CT on Sunday; the match will be televised on the SEC Network. The tournament will take place at the Orange Beach Sportsplex.

LSU owns the series advantage having won five of the seven matches between the two schools that dates back to 2012. Earlier this season, Marlena Cutura and Molly Thompson scored both of LSU’s goals within the first 25 minutes of the match to give LSU a two-goal advantage before Missouri cut the lead in half off a corner kick in the 87th minute. LSU would hold on and claim the victory, 2-1. LSU and Missouri have met one previous time in the SEC Tournament; in 2015, goals from Alex Thomas and Gabriela Maldonado lifted LSU to a 2-1 victory over Missouri.

The Tigers added another NCAA Tournament quality win to their résumé with a 2-1 victory over Mississippi State in Starkville. After allowing the Bulldogs to score early on in the seventh minute, the Tigers responded with two goals in a 10-minute stretch to complete the comeback victory. Molly Thompson scored the first goal of the match and Adrienne Richardson scored the game winner for LSU. It was Mississippi State’s first home loss of the season.

LSU enters the SEC Tournament with an RPI of 32, its highest of the season. The Tigers currently have four top 50 RPI wins to go along with a draw against Auburn (No. 23 RPI).

Alex Thomas has played the best soccer of her career as of late and is currently riding a career-best seven game point streak. Dating back to LSU’s Sept. 27 matchup against Alabama, Thomas has registered at least a point in the last seven games. Most recently at Mississippi State she assisted Molly Thompson on the equalizer in the 24th minute of play. In this seven game stretch, Thomas has tallied 10 points via three goals and four assists. She leads the Tigers in SEC play with a team-high 10 points in conference play. Her play in SEC play has been superb and it shows up in SEC stats with the third-most assists per game (.40) tally to go along with the eighth-best points per game average (1.00). Thomas has done a bit of everything for the Tigers this year playing rightback and forward for the Purple and Gold. Her 6,743 minutes played over her four-year career are the sixth most in LSU history. She also ranks third in the LSU record book for penalty kicks scored in a career with four; three in 2018 and one in 2017.

Caroline Brockmeier is having a career year in the net during her senior campaign. She owns career bests in goals against average (1.01 avg.), save percentage (.808), wins (11) and shutouts (8). Her 22 career shutouts are the second most in program history. She has racked up 80 saves this season to bring her career total to 258 which is also the second most in school history.

Sophomore forward Adrienne Richardson has added a dynamic skillset to LSU’s attacking front in 2018. A transfer from Florida State, Richardson arrived in Baton Rouge in January and has immediately stepped right in and helped bolster LSU’s offense. The Oakdale, Minn., native has scored a team-high seven goals and 15 points in 2018. She has scored multiple goals in three games this season against Texas State, Lamar and Alabama. She just scored her seventh of the season on Thursday night against Mississippi State that was a 26-yard upper 90 rocket that proved to be the game winner; she has three game winners on the season. She is the first player since Jorian Baucom (2016) to score multiple goals in at least three games for LSU in a single season.

Six of LSU’s top eight scorers in 2018 are underclassmen. Adrienne Richardson, a sophomore transfer from Florida State, leads the way with 15 points (7g & 1a) and is followed by freshman Abbey Newton who has accounted for 10 points (4g & 2a) in her debut season. Lindsey Eaton (sophomore), Lucy Parker (sophomore) and Molly Thompson (freshman) have all pitched in three goals apiece, and sophomore Tinaya Alexander has dished out five assists. The Tigers have played up to as many as eight underclassmen on the field at once this season. LSU’s newcomers have combined to contribute 32 of the 72 points registered by LSU this season which tabulates to 44.4 percent of the offense; that number is the second highest in the SEC just behind Mississippi State (44.5 percent).

Tinaya Alexander owns the team lead with five assists. Three of her five dimes have come in the last seven games assisting Adrienne Richardson‘s goal against Alabama, Marlena Cutura‘s goal against Missouri and Alex Thomas‘ goal against Tennessee. She also had a multi-assist game earlier this season against Texas State on Aug. 26. Alexander’s .33 assists per game over her career have her ranked sixth in the LSU record book for assists per game.

LSU has received quality minutes from five freshmen in 2018. Abbey Newton headlines the class with four goals scored to go along with two assists for a total of 10 points. Molly Thompson added her third goal of the season against Mississippi State, and Shannon Cooke (2) and Reese Moffatt (1) have added in some assists. Meghan Johnson has appeared in five total games, three of which were conference matches. Cooke and Moffatt have contributed heavily to LSU’s eight shutouts this season.