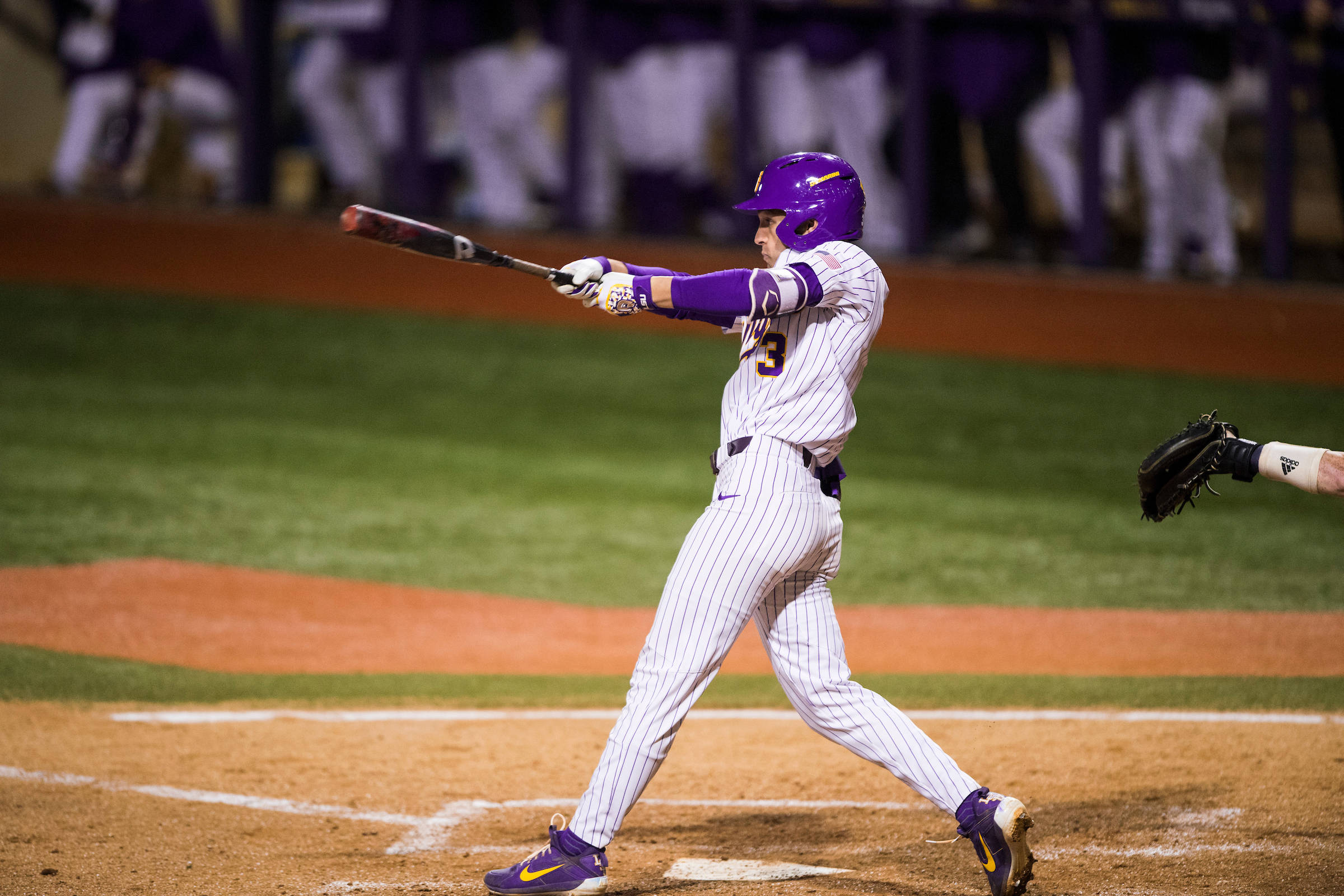 LSU is nearing the end of its fall practice period, which began on September 23 and has featured several intra-squad scrimmages. Fall practice is scheduled to conclude on November 4.

“You don’t necessarily look at the results of these games since they’re played with modified rules, you just go out to get the work,” said LSU coach Paul Mainieri. “There’s a lot of things we need to get better at. Overall, playing these two games was a good experience for our guys.”

In the bottom of the first, UNO grabbed a 2-0 lead with two outs when back-to-back two-out hits drove in two Privateers.

The Tigers tied the score at 2-2 with two outs in the top of the second. Catcher Brock Mathis was hit by a pitch, and second baseman Drew Bianco ripped a ball to the left-center field wall to drive in Mathis. Third baseman Hal Hughes slapped a single up the middle to follow, which scored Bianco, to knot the game.

The Privateers took the 3-2 lead in the bottom of the seventh after a two-out single brought home an UNO run, but the Tigers tied the score in the top of the eighth when left fielder Daniel Cabrera launched an RBI single to the right-center wall, driving in shortstop Josh Smith who led off the inning by drawing a walk.

Mathis was hitless in the contest but made up for it with his defense throwing out two UNO baserunners in the contest. One was on a strikeout, and the other ended the eighth inning with the Privateers threatening after a two-out walk.

“The first inning, they hit a couple of good pitches against (LSU freshman right-hander) Jaden Hill,” Mainieri said. “They got a couple of runs, but he settled in. The last two innings I thought he was tremendous.

“I thought (LSU freshman right-hander) Riggs Threadgill was really, really good. Riggs has pitched well for us all fall. I’m pumped about him. I thought our catcher Brock Mathis played a really good game. The two games he’s played against these guys, he’s played really outstanding, blocked balls in the dirt, threw a couple of guys out on blocks. If the wind wasn’t blowing in like it was, he might have been the hero of the game. He crushed a ball that didn’t go anywhere because of the wind. In normal games, that would have been a home run.

“There were a lot of very positive things, but the one thing that will make us a better team is when we get (sophomore catcher) Saul Garza back. He’s a real force in the lineup whether he’s catching or playing first base or DHing. He’s going to be a guy that’s going to really add to our team.”

Hill fired three innings, allowed two runs on three hits walked one and struck out four. Threadgill was the next man out of the bullpen, and he continued his stellar fall with a three-inning outing, striking out four.

Will Ripoll, Aaron George and Trent Vietmeier combined for the final three innings, allowing one hit, one unearned run, three walks and striking out six.