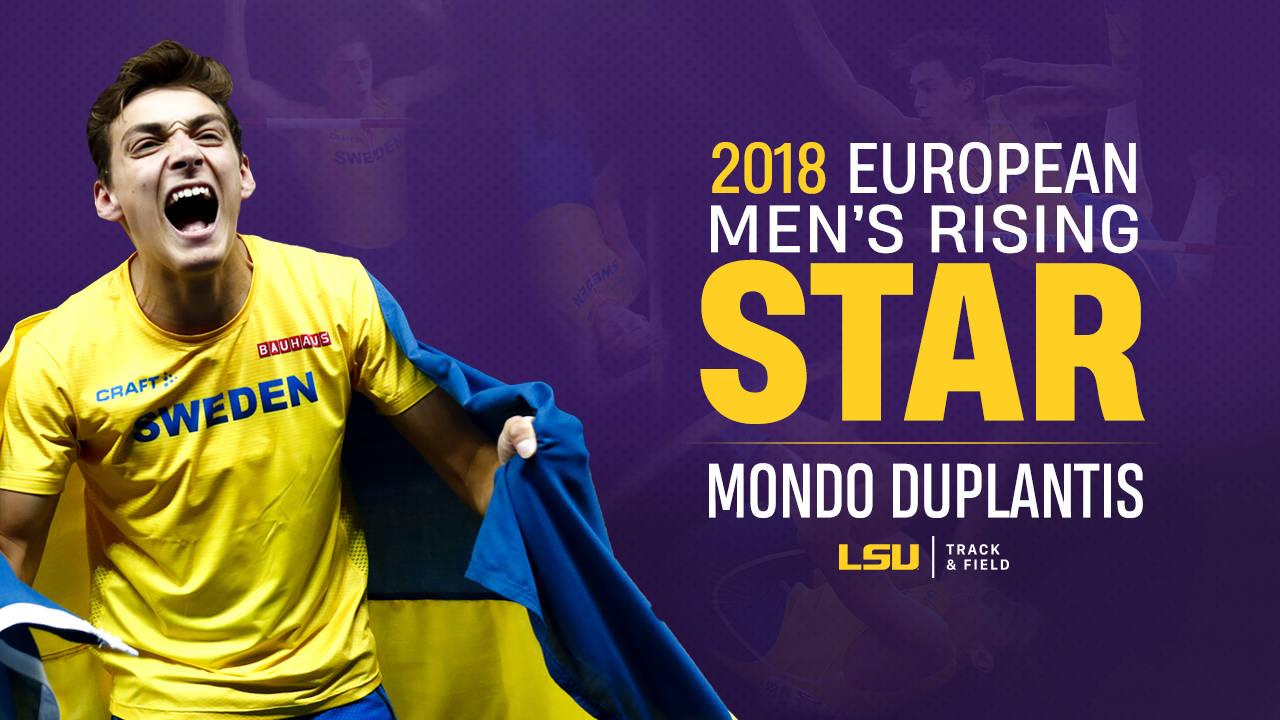 The best Swedish pole vaulter of all time, Duplantis cleared eight world U20 records in 2018 and he set a championship record and career best of 6.05 meters (19-10.25) at the European Championships to claim the gold medal whilst setting a meet record. The pole vaulting field at that meet was one of the most competitive pole-vaulting fields ever assembled for a major championship. The mark of 6.05 meters is the second best outdoor pole vault in world history.

At the time of his European title, Duplantis became the youngest male athlete to win a field event title in European Championships history. Duplantis, only 18 years of age, had one of the most thorough and accomplished pole vaulting seasons in world history in 2018. In addition to his European title, Duplantis also claimed a junior world gold medal in July at the IAAF U20 World Championships.

His clearance of 6.05 meters at the European Championships was the best clearance by a pole vaulter in the world in 2018. Not only did he compete well at the major meets, but he also performed well throughout the season; Duplantis won the first Diamond League meet of his career in Stockholm while registering numerous other top-five finishes on the professional circuit. Duplantis was also the recipient of the prestigious Corbett Award in late July, an honor given to the best amateur athlete in the state of Louisiana.

Duplantis is also one of 10 finalists for the IAAF Male Track and Field World Athlete of the Year. You can help him out by retweeting the tweet below.