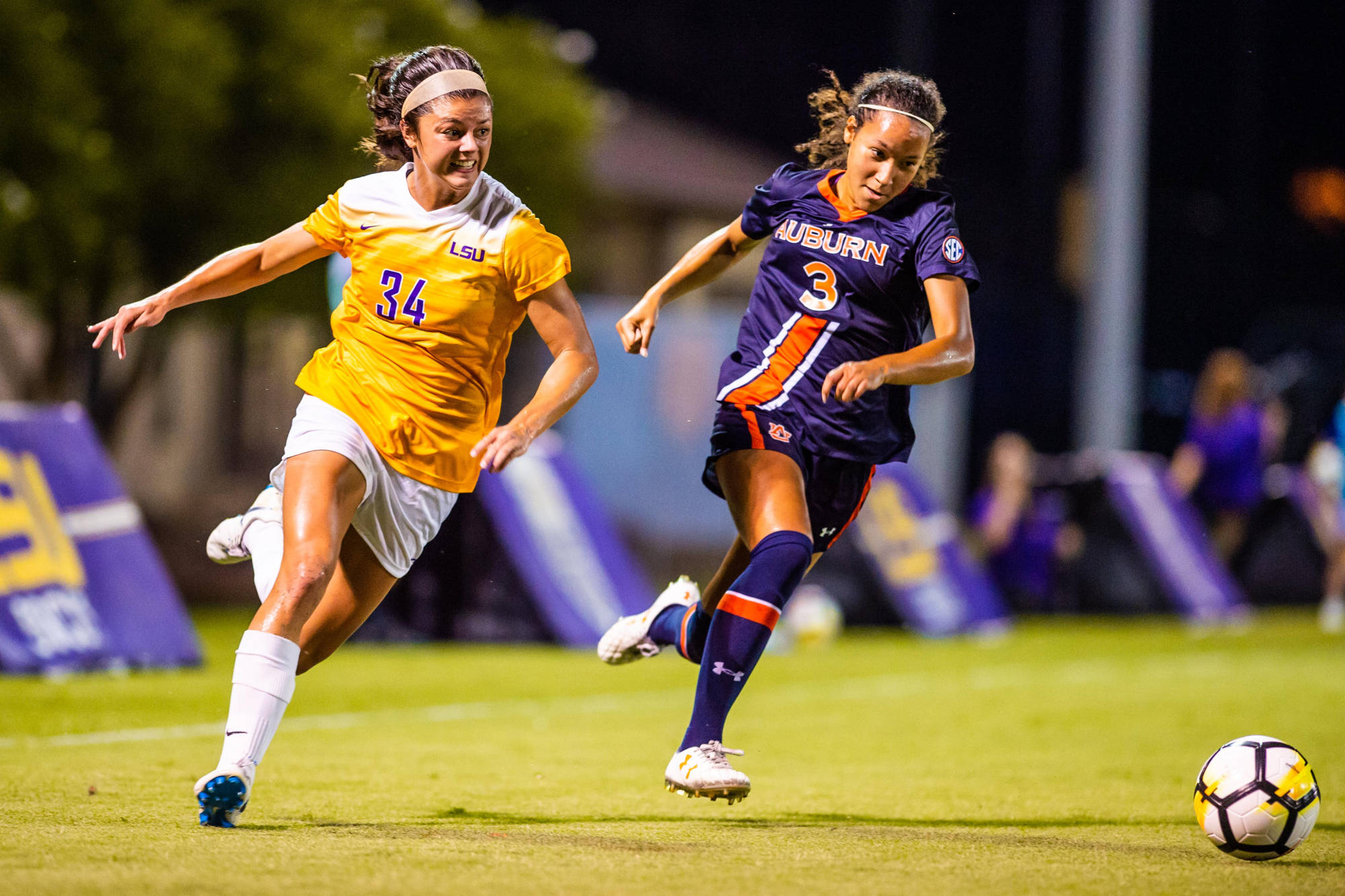 “To come on the road and beat a team who hasn’t lost at home this season is a huge win. It’s a huge three points for us. It was a tough environment tonight. Credit to Mississippi State, they were playing for their SEC Tournament lives tonight and they gave it a good effort, but our women were up to the challenge tonight.” – Head Coach Brian Lee

For LSU, it added another quality win for its NCAA Tournament worthy résumé by knocking off the Bulldogs, who had an RPI of 15 entering the match. In addition to Mississippi State, LSU has knocked off four other teams who currently rank inside the top 60 of the RPI: South Carolina (16), Ole Miss (52), Samford (54) and Alabama (57). The win also secured the No. 7 seed for the Tigers in the upcoming SEC Tournament that will begin on Sunday afternoon.

Facing a Mississippi State team that was in a must-win situation, the Tigers did not let an early deficit deter them from playing their game. Mississippi State’s Zakirah McGillivary took the ball away from Chiara Ritchie-Williams and then finished a shot from just outside the 18 that barely snuck past a diving Caroline Brockmeier in the eighth minute of play to give Mississippi State the early advantage.

The Bulldogs didn’t back down any after their initial goal and took five more shots before the tandem of Alex Thomas and Molly Thompson connected to equal things up in the 24th minute of action. Thomas dribbled down the right side of the pitch and sent in a low cross to Molly Thompson. Playing in wet and slick conditions, Thompson timed up Thomas’ one-hop cross that ended up right in her wheelhouse and she beat Mississippi State’s Rhylee DeCrane to the near post for the equalizer.

Just a few short minutes later Adrienne Richardson found herself in the middle of the pitch all by herself. After taking a couple dribbles toward the Bulldog end, she let a rocket fly from 26 yards and it ended up in the upper 90, back of the net to give LSU a 2-1 lead in the 33rd minute of play.

Caroline Brockmeier made seven saves on the evening, five in the first half and two in the latter 45 minutes of play. With less than five minutes remaining in the match Mississippi State’s McGillivary took an attempt on goal from about 20 yards out that would have been her second of the evening, but Brockmeier was up to the task and made a diving save to her right to preserve LSU’s one-goal advantage.

LSU will open up the SEC Tournament with a match against Missouri in Orange Beach, Ala., on Sunday at 1 p.m. CT.