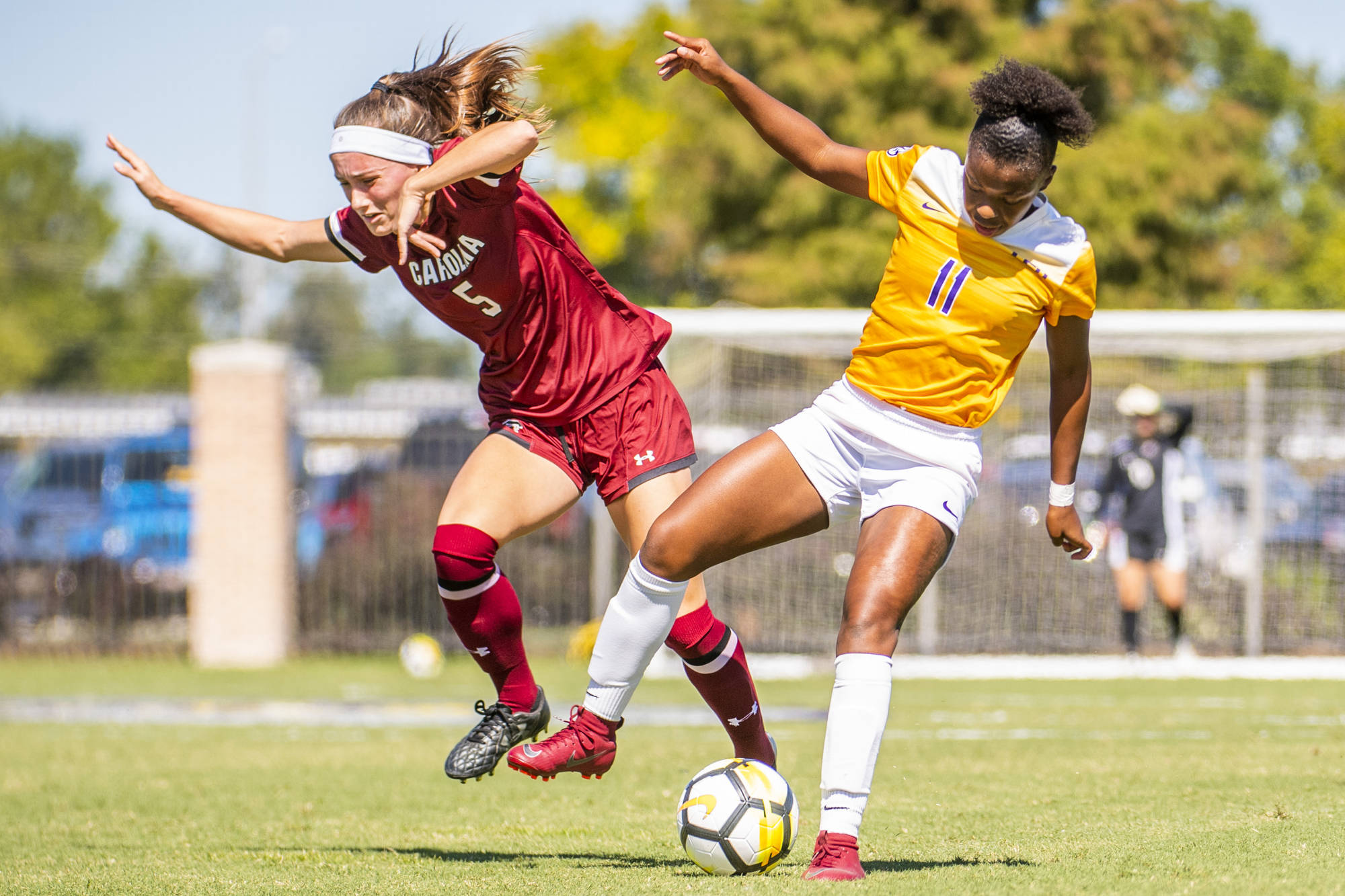 Baton Rouge, La. – Winners of four of its last six matches, the LSU soccer team (10-6-1, 4-4-1 SEC) will travel to Starkville, Miss., to close out its regular season slate with a match against Mississippi State on Thursday night at 7 p.m. CT.

LSU has clinched a bid to the 2018 SEC Tournament in Orange Beach, Ala. The conference tournament will begin on Sunday (Oct. 28) and run through the next Sunday (Nov. 4). Heading into Thursday night’s matchup against Mississippi State, the Tigers currently own the seventh seed which would slot them in a game on Sunday afternoon.

The Tigers have absolutely dominated this series since it began in 1995. LSU has won 19 of the 23 matches between the two schools; the Bulldogs have won twice and there has also been two draws. The last meeting between the two came in 2017 and the teams battled to a 2-2 draw; Alex Thomas scored twice in that game. Prior to that draw in 2017, LSU had won the previous 12 matches against the Bulldogs.

Lucy Parker scored two of the best goals of her career in a 17-minute span to lead LSU to an epic comeback win over then-No. 8 South Carolina on Sunday. Trailing 1-0 with a little over a minute to play, Parker received a deep ball from Shannon Cooke into the right side of the box and she chested it down before ripping a volley to the far left post to even the match up in the 89th minute. She scored the game winner just over five minutes into the second overtime period with a curling shot from 30 yards out after receiving a pass from Alex Thomas. It was the first multi-goal game of Parker’s collegiate career.

LSU enters the week with its highest Ratings Percentage Index ranking of the season in the No. 38 spot. Thursday night’s match against Mississippi State (No. 15 RPI) presents another opportunity for a quality win.

Senior all-around performer Alex Thomas has come on as of late and registered at least a point in the last six games for LSU leading the squad to a 4-2-0 record in that stretch. The six-match streak in which she has registered a point is a career long; she has chipped in three goals and three assists during this stretch to account for nine points and her 1.00 points per game rank eighth in league play. Thomas has done it all this season playing a mix of rightback and forward for the Tigers. She just recently moved into seventh place in the LSU record book for most minutes played in a career with 6,653 minutes of on field time. The New Orleans native has also cashed in four penalty kicks over the last two seasons; that total of four ranks as the third-most penalty kicks made in a career at LSU.

Caroline Brockmeier is having a career year in the net during her senior campaign. She owns career bests in goals against average (1.01 avg.), save percentage (.802), wins (10) and shutouts (8). Her eight shutouts in 2018 rank 22nd nationally and her career total is now up to 22 which gives her the second most shutouts in program history. She has racked up 73 saves this season to bring her career total to 251 which is also the second most in school history.

Six of LSU’s top eight scorers in 2018 are underclassmen. Adrienne Richardson, a sophomore transfer from Florida State, leads the way with 13 points (6g & 1a) and is followed by freshman Abbey Newton who has accounted for 10 points (4g & 2a) in her debut season. Lindsey Eaton and Lucy Parker, both sophomores, have three goals apiece, and Tinaya Alexander (five points) and Molly Thompson (four points) have made their presence felt. The Tigers have played up to as many as eight underclassmen on the field at once this season.

Tinaya Alexander owns the team lead with five assists. Three of her five dimes have come in the last six games assisting Adrienne Richardson‘s goal against Alabama, Marlena Cutura‘s goal against Missouri and Alex Thomas‘ goal against Tennessee. She also had a multi-assist game earlier this season against Texas State on Aug. 26. Alexander’s .34 assists per game over her career have her ranked sixth in the LSU record book for assists per game.

LSU has received quality minutes from five freshmen in 2018. Abbey Newton headlines the class with four goals scored to go along with two assists for a total of 10 points. Molly Thompson added her second goal of the season against Missouri, and Shannon Cooke (2) and Reese Moffatt (1) have added in some assists. Meghan Johnson has appeared in five total games, three of which were conference matches. Cooke and Moffatt have contributed heavily to LSU’s eight shutouts this season.