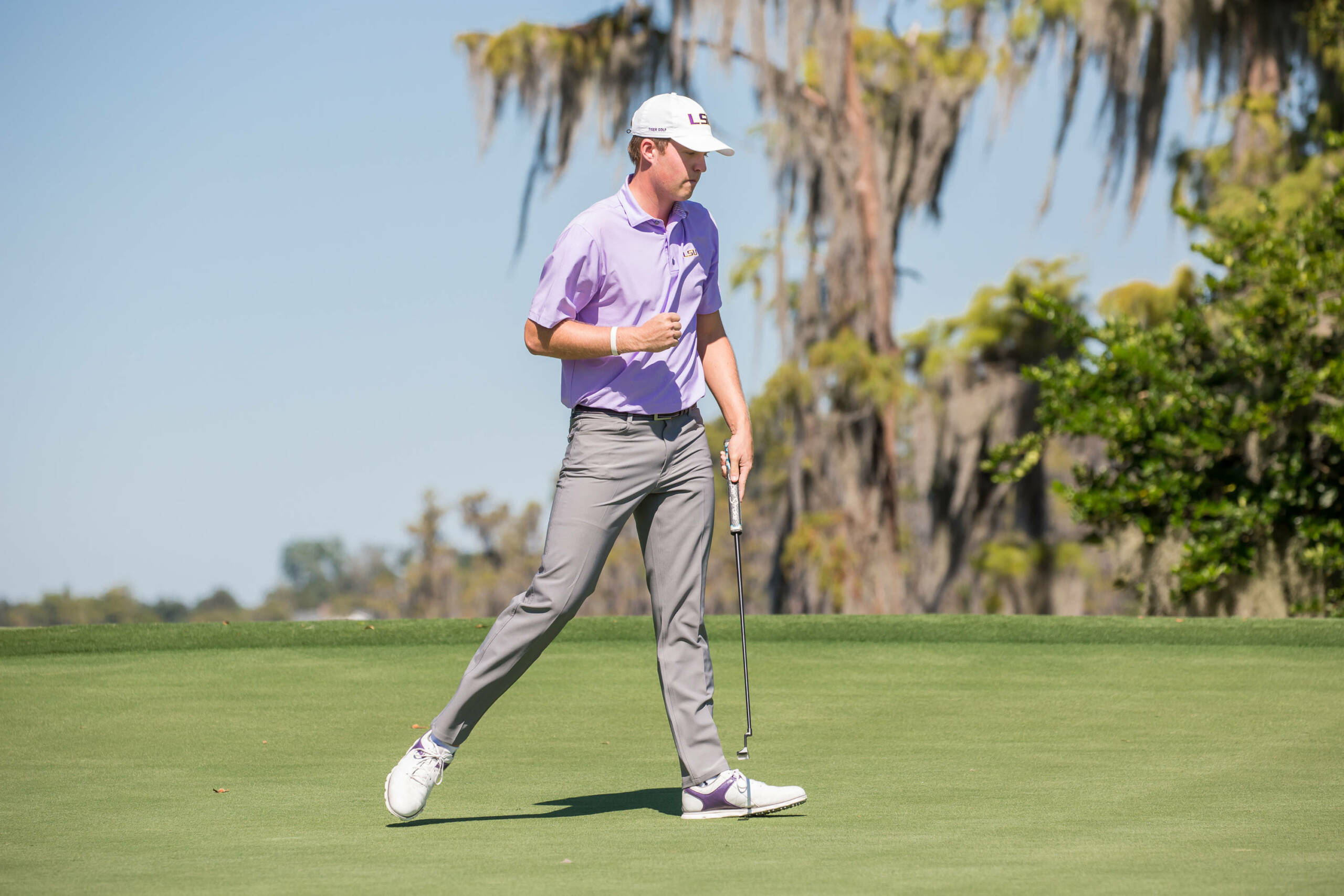 Windermere, Fla. – The 25th-ranked LSU men’s golf team improved its team score each day of the Tavistock Collegiate Invitational on the way to a fifth-place showing at the Isleworth Golf Club; the Tigers finished the three-day tournament with a 2-under par 862 (292-286-284).

LSU knocked off six top-50 ranked opponents at the Tavistock Collegiate; the Tigers finished better than No. 12 Texas, No. 26 California, No. 46 UCF, No. 8 Illinois, No. 21 South Carolina and No. 48 North Texas. No. 13 Vanderbilt claimed the team title with a 31-under par 833. Will Gordon (Vanderbilt) claimed individual honors with a 16-under par.

Freshman Michael Sanders tore the Isleworth Golf Club up with a 5-under par 67 on the final day of play. Entering the day in a tie for 14th place, Sanders vaulted up the leaderboard nine spots into a tie for fifth, the second best finish of his collegiate career with a 6-under par 210 (69-74-67). For the second time in three rounds, Sanders used a clean scorecard that featured only birdies and pars. The native of Davidson, N.C., collected five birdies, three of which were in a four-hole stretch on the front nine, to go along with 13 pars for the third-best round of the day at the tournament. Sanders’ scorecard for the whole tournament was impeccable with 40 pars, 11 birdies and only three bogeys or worse. His 40 pars ranked No. 1 in the field and his par 4 scoring average (3.87) was the third best in the field. It was Sanders’ second-straight top-five finish of the season.

Trey Winstead used a final round even par 72 to bring his three-day total to even par 216 (75-69-72) to finish in a tie for 17th. Winstead went out with a 1-over 37 on the front nine and closed with a 1-under par 35 on the back nine that featured three birdies. Two strokes off Winstead’s pace was junior Philip Barbaree. The Shreveport, La., native shot an even par 72 as well to finish off his tournament. Barbaree’s three-day total accumulated to a 2-over par 218 (75-71-72) which earned him a tie for 22nd place.