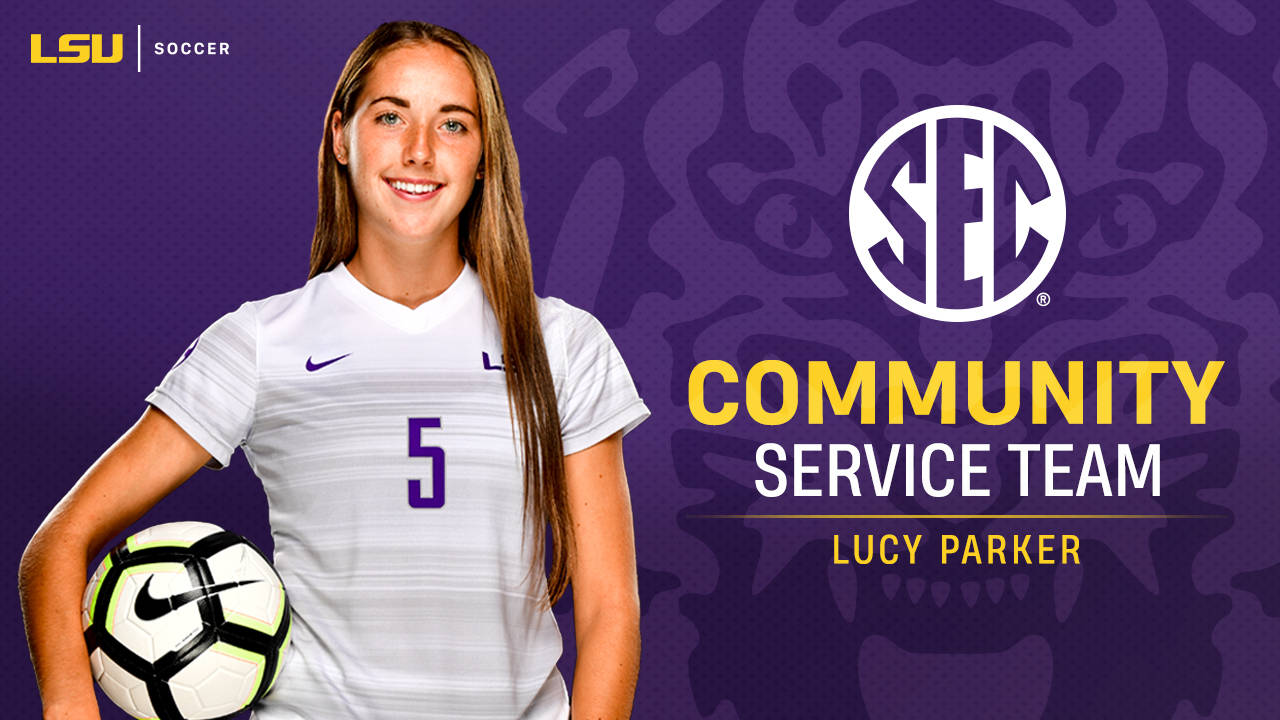 Baton Rouge, La. – Lucy Parker, a sophomore defender for the LSU soccer team, has been named to the 2018 SEC Community Service Team for her time spent volunteering in the Baton Rouge community.

This is the first time Parker has received this award in her career. Parker has shown a willingness to lend a helping hand during her first two years in Baton Rouge by helping out with numerous organizations in the community.

She has participated in LSU’s annual BOOzar event that welcomes families to campus every October near Halloween where kids can trick-or-treat while interacting with LSU athletes. The native of Cambridge, England, spends time volunteering with activities such as the Special Olympics and assisting with bingo night at a local senior living center in Baton Rouge.

She has donated ample amounts of her time with the LSU Food Pantry, an organization that preps meals for those in need; she also logs donated food and keeps the shelves stocked fully. She welcomes new students to campus every August by spending time helping newcomers and their families move into their dorms.

She has also been to multiple events in conjunction with BREC, an organization in Baton Rouge that hosts a number of events for the community at local parks. At the BREC’s Sunshine Social in September, Parker spent time and hung out with people who had cognitive and developmental disabilities at Milton J. Womack Park. She also attended a movie night at Cedar Ridge Park with children and played games with them.

Parker has played in all 17 games for LSU this season and has scored three goals. LSU (10-6-1, 4-4-1 SEC) is back on the pitch Thursday night to close out the regular season with a matchup against Mississippi State at 7 p.m. CT.