LSU vs. Alabama to Air in Primetime on CBS 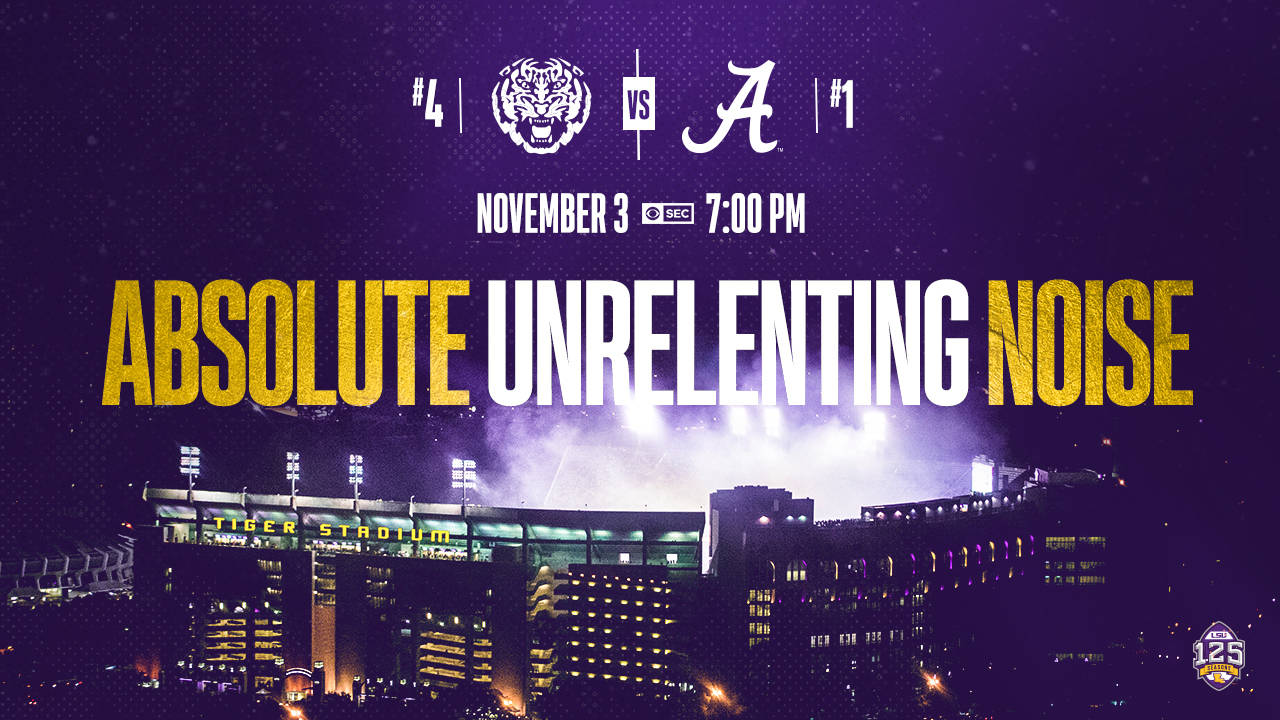 BATON ROUGE – As expected, the Nov. 3 game in Tiger Stadium featuring fourth-ranked LSU and top-ranked Alabama will be televised on CBS and will kickoff at 7 p.m. CT, the Southeastern Conference announced on Monday.

LSU, which stands at 7-1 overall and 4-1 in SEC action, is coming off a 19-6 win over 22nd-ranked Mississippi State on Saturday, while Alabama (8-0, 5-0 in SEC) beat Tennessee, 58-21. Both teams have an open date on Saturday leading into next week’s primetime contest in Death Valley.

This year, LSU has four wins over teams ranked in the Top 25, including three victories over Top 10 teams. The four Top 25 wins and three Top 10 victories are the most of any team in the country.

Next week’s contest marks the eighth consecutive year CBS will feature the LSU-Alabama game in primetime.

* CBS has elected to use a six-day selection for the 3:30 ET game on Nov. 3. As a result the following three games will be held for selection as listed below. Games will be determined after games of Oct. 27. –