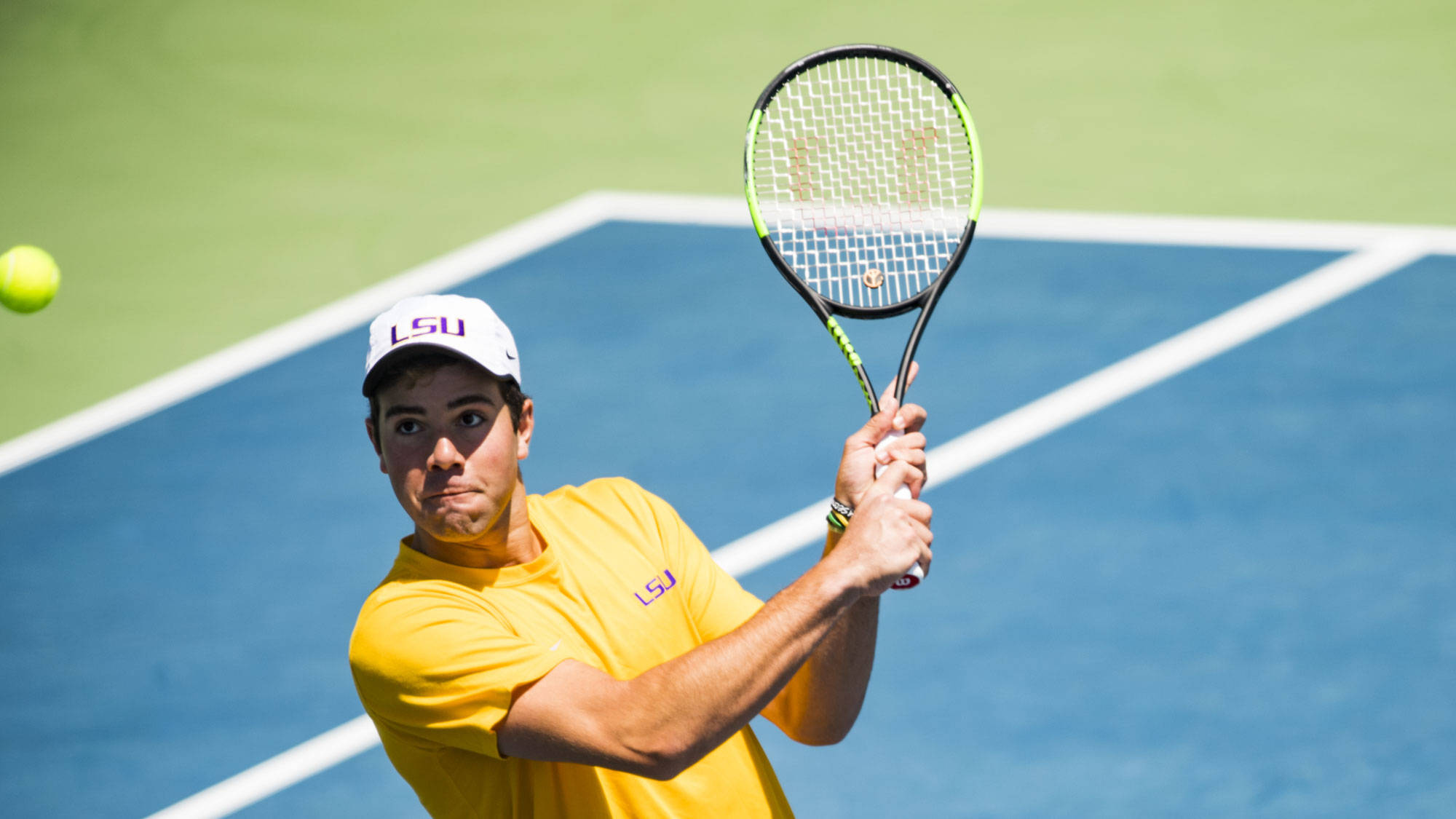 TUSCALOOSA, Ala. – On Day 4 of the ITA Southern Regional, LSU men’s tennis duo Rafael Wagner and Joey Thomas secured their spot in the doubles semifinals Sunday at the Alabama Tennis Stadium.

Thoughts from Co-Head Coach Chris Brandi
“We had a very good start today,” co-head coach Chris Brandi said. “Malik and Rafa did a nice job in their first matches and lost to two very good players in the quarters. In doubles, Boris and Nick fought hard, and Joey and Rafa played great and have another opportunity in the semis tomorrow.”

Singles Competition
The Tigers started off the day with the singles round of 16, and Malik Bhatnagar and Rafael Wagner each took down one of the top-eight seeds in the competition.

In the first set against No. 1 seed Giovanni Oradini of Mississippi State, Bhatnager earned a 6-4 win. The transfer would then fall in the second set 4-6 before securing the victory in the third, 6-4. In the quarterfinals, Bhatnagar fell to No. 7 seed Ewan Moore of Tulane, 6-3, 6-3.

Doubles Quarterfinals
Freshman duo Boris Kozlov and Nick Watson fought hard against UL-Lafayette’s Pierce Dolan and Arthur Libaud but came up just short in the tiebreaker, 8-7(5) to finished their stellar run in the ITA Southern Regional.

No. 8 seed Joey Thomas and Rafael Wagner earned their second-straight 8-6 victory in doubles play to advance to Monday’s semifinals. The Tiger tandem took down No. 4 seed Filip Kraljevic and Tim Sandkaulen of Ole Miss.

Next Up
No. 8 doubles duo Thomas and Wagner will face off against the No. 1 seed Loic Cloes and Clement Marzol from South Alabama Monday at 10 a.m. CST.

Competition in the ITA Southern Regional continues through Tuesday, October 23.
Fans can stream the main six courts online at: lsul.su/2yk4gCw.