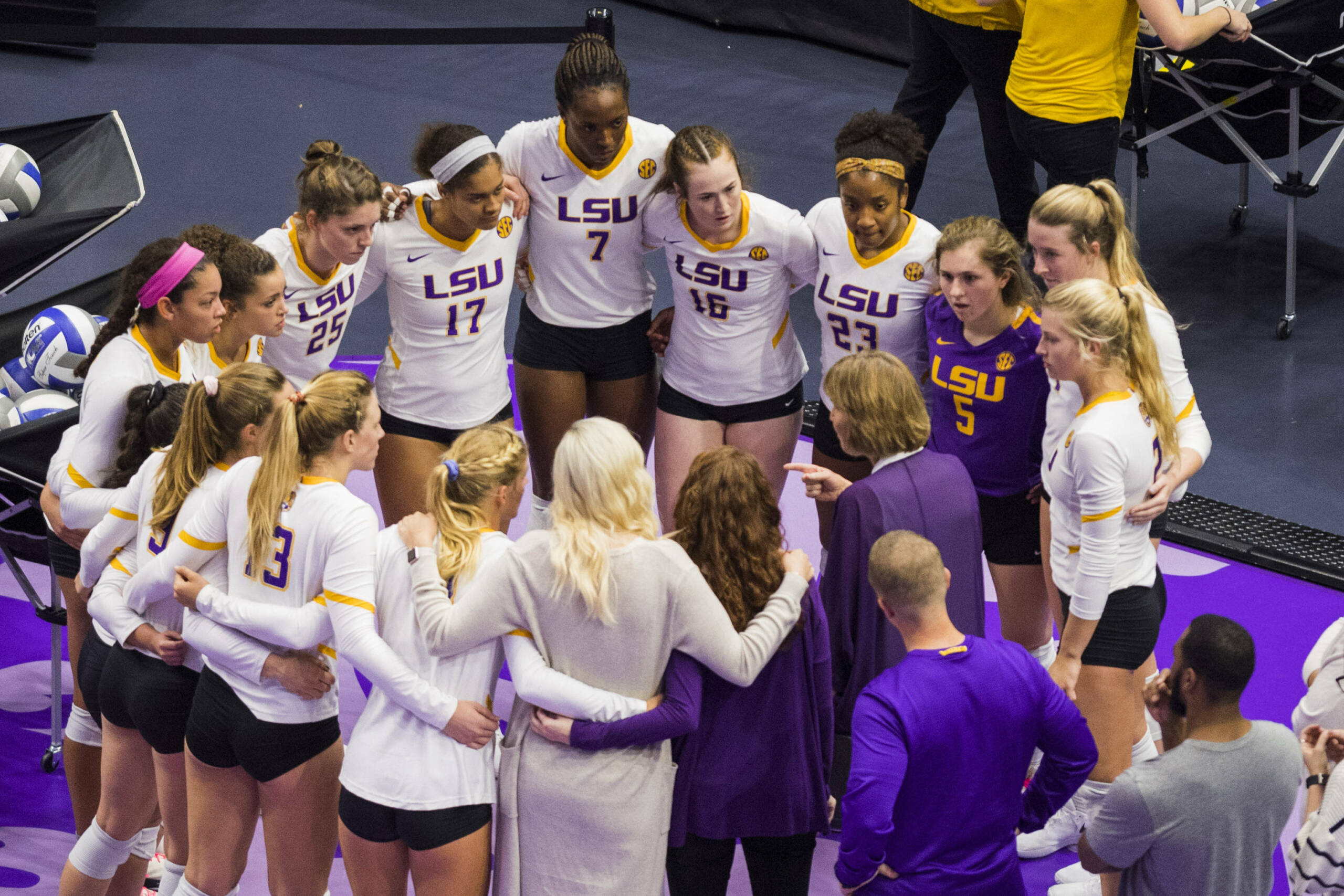 Taylor Bannister led the Tigers with 15 kills while Raigen Cianciulli picked up 30 digs. Toni Rodriguez added 13 kills. Lindsay Flory finished with a double-double, her sixth on the season, with 14 assists and 12 digs. Katie Kampen added 10 digs.

– Bannister led the Tigers with 15 kills. This is Bannister’s 18th match in double digit kills this season.

– Rodriguez finished with 13 kills making it her sixth match in double digit kills on the year.

– Cianciulli’s 30 digs tied fourth in program history for digs in a four-set-match. This is her third 30-plus match this season.

On the positive takeaways from the middle set…

“I thought we fought, but we made it a whole lot harder than we needed to.  I told them at every timeout that if you could see yourself right now on film, you would think oh my gosh what am I doing.  The self-awareness part will be a great learning opportunity for us.  We will learn a lot from this match, there is no question about that.  There is a lot to teach from it.  But we will have to find our personality again.  We made some changes in the line-up putting Toni (Rodriguez) in to be in front of their offense because we knew their blocking would be an issue she did a really good job but everyone else did not come and do their job and that is the bottom line. You have to work and you have to do your job.”

On issues during the middle set of the match…

“I think they played well in the second.  They changed the match-up in the second set and it took us a little while to adjust and we never really got a rhythm against that.  I thought through the third set that we started trusting and had control and fought back again.  But when you play a team that is going to play that hard and you really have to credit them, they fought harder than we did tonight.  You saw the defensive plays that they made and they put pressure on us and we did not fight as hard defensively.  I think that was probably the defining factor and when you do not fight that hard defensively, offense does not come as easy.  I think we gave it our all but we did not get what we wanted so we kind of bailed.”

On changing combinations in upcoming matches….

“We have tried everything we could possibly try but we will continue and never quit.  We will continue to try and find the right combination that is going to turn this thing around and get some wins for us.”