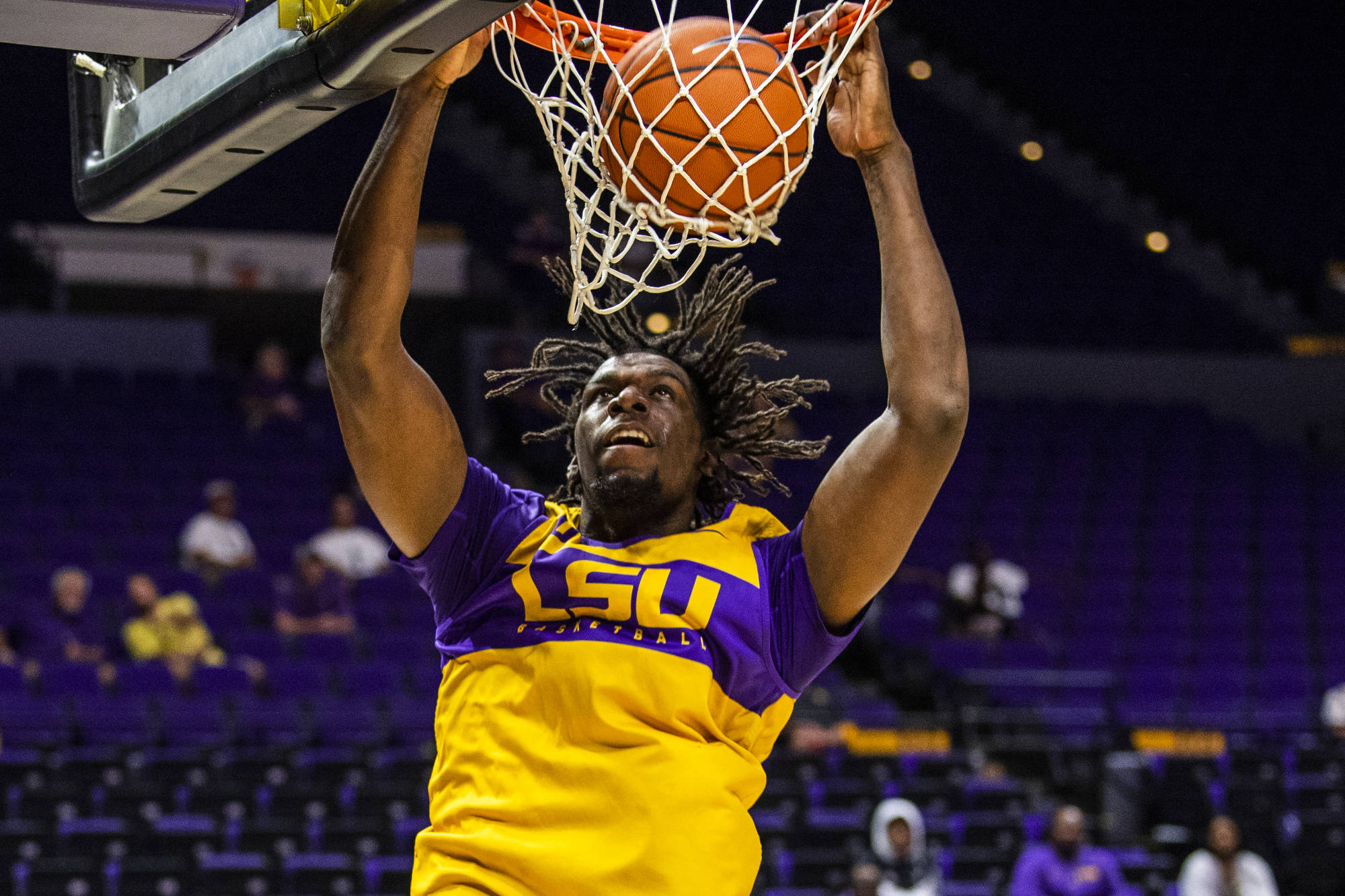 BATON ROUGE – LSU freshman Naz Reid is part of a list of 21 watch list players announced Friday by The Naismith Memorial Basketball Hall of Fame for the 2019 Kareem Abdul-Jabbar Center of the Year Award.

“Rounding out our Naismith Starting 5 is an award in honor of a man whose talent and accolades are unparalleled,” said John L. Doleva, President and CEO of the Basketball Hall of Fame. “Kareem Abdul-Jabbar built a legacy at UCLA and continued his winning ways as a pro. We’re grateful for his involvement in our college positional awards and the time and thought he dedicates toward selecting a recipient come April.”

Kareem Abdul-Jabbar played for legendary coach and Hall of Famer John Wooden at the University of California, Los Angeles from 1966-1969. He is a three-time NCAA Champion who earned numerous accolades including three-time Final Four Most Outstanding Player, three-time National College Player of the Year and three-time Consensus First-Team All-American (1967-1969). As a professional, Abdul-Jabbar is a six-time NBA Champion, six-time NBA Most Valuable Player, two-time NBA Finals MVP, 19-time NBA All-Star and the league’s all-time leading scorer.

Reid, from Asbury Park, New Jersey and Roselle Catholic High School, is a five-star recruit after averaging 14.8 points, 7.7 rebounds and 2.1 assists in his senior season prior to coming to LSU. His team won the non-public Class B state title game, 63-61 when Reid scored an alley-oop dunk with 6.3 seconds to play. He also participated in the McDonald’s All-Star game with 15 points and 11 rebounds this past summer.

By mid-February, the watch list of 21 players for the 2019 Kareem Abdul-Jabbar Center of the Year Award will be narrowed down to just 10. In March, five finalists will be presented to Mr. Abdul-Jabbar and the Hall of Fame’s selection committee. The winner of the 2019 Kareem Abdul-Jabbar Award will be presented at The College Basketball Awards presented by Wendy’s in Los Angeles, CA on Friday, April 12, 2019, along with the other four members of the Naismith Starting 5. Additional awards being presented and receiving support from Eaton Ephesus Lighting include the Bob Cousy Point Guard Award, the Jerry West Shooting Guard Award, the Julius Erving Small Forward Award and the Karl Malone Power Forward Award. Broadcast information will be released by ESPN at a later date.

LSU opens its 2018-19 basketball season on November 6 against Southeastern Louisiana at 7:30 p.m. after the Lady Tigers open their season at 5:30 p.m. Season ticket information is available at the LSU Athletics Ticket Office or online at LSUTix.net.