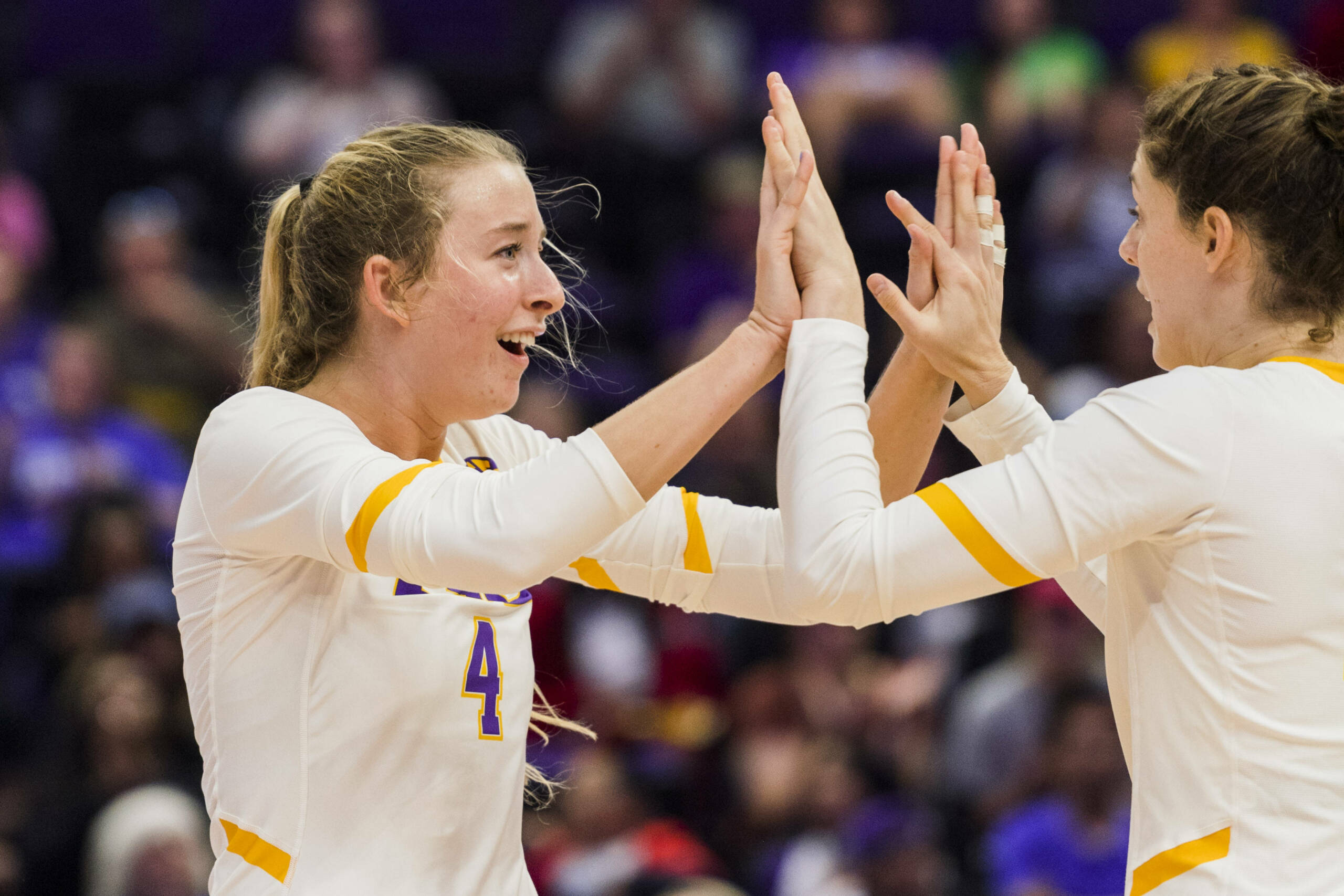 BATON ROUGE – After falling to No. 15 Kentucky on Friday evening, the LSU volleyball team (7-12, 2-6 SEC) will look to get back on the winning track, facing Tennessee (15-5, 6-2 SEC) Sunday afternoon at 1 p.m. CT inside the Pete Maravich Assembly Center.

The match will stream live on SEC Network+ with Lyn Rollins and Garrett Walvoord on the call. The match will also be available via live stats at LSUStats.com.

– Taylor Bannister led the Tigers with nine kills and Raigen Cianciulli anchored the back row with 16 digs. Anna Zwiebel dished out 24 assists and Leigh Maher picked up 13 digs.

– Last week, the Tigers picked up their first SEC victories, claiming wins over Georgia in four sets last Wednesday and a sweep against Auburn on Sunday.

– Raigen Cianciulli was named SEC Co-Defensive Player of the Week on Monday, Oct. 15 after picking up a team-high 47 digs in two matches last week, including 28 against Georgia, the ninth-most digs in a four-set match in program history.

– LSU returns 10 letterwinners from last year’s squad and were picked to finish fourth in the SEC Coaches Poll back in June.

– The Tigers enter the season with a total of 294 SEC victories, just needing four to close in on the 300 mark after Sunday’s win over