Orgeron Named to Coach of the Year Award Watch List 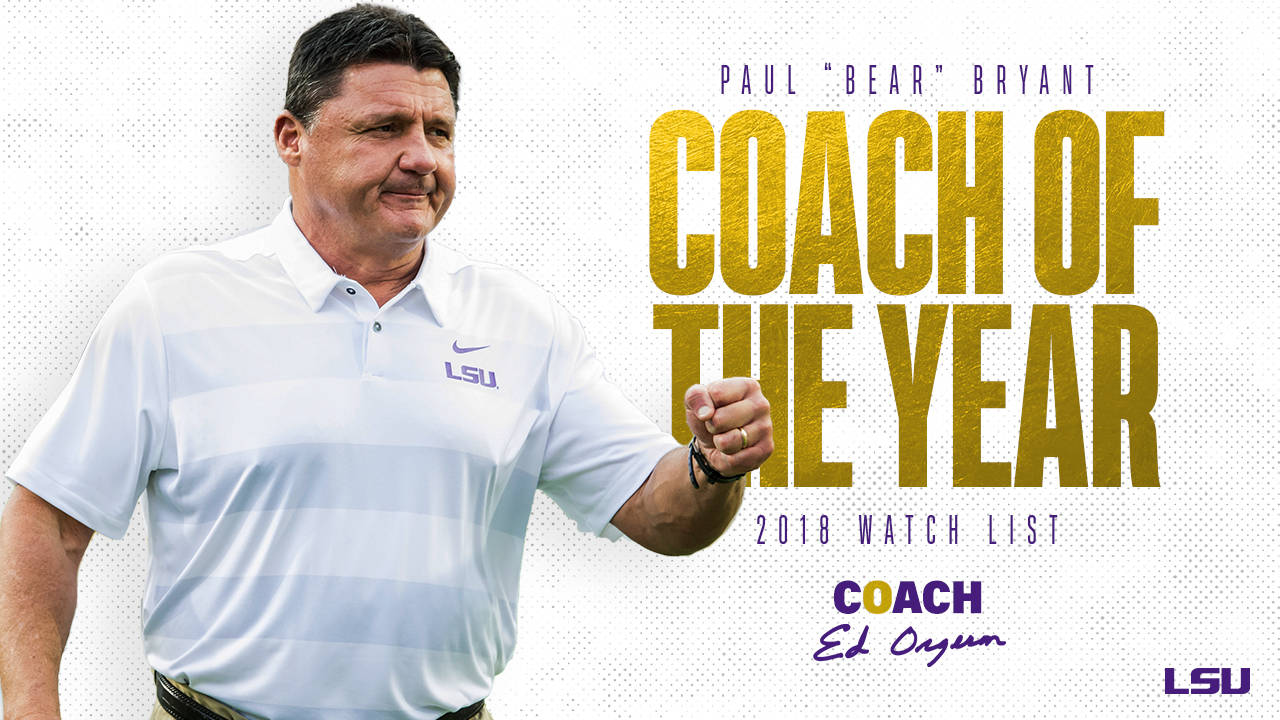 BATON ROUGE – LSU’s Ed Orgeron has been named as one of 20 coaches from across the country to the Bear Bryant Award Watch List, the award has announced.

In his second full season as head coach of the Tigers, Orgeron has led LSU to a 6-1 overall mark, a 3-1 Southeastern Conference record and a No. 5 national ranking. The Tigers are the only team in the country to have three wins over Top 10 teams on their resume in 2018.

On Tuesday, Orgeron was named the Dodd Trophy National Coach of the Week after leading the Tigers to a 36-16 win over second-ranked Georgia in Tiger Stadium.

Overall, Orgeron has guided LSU to a 21-7 mark since taking over midway through the 2016 season. Since that time, the Tigers have won 17 of their 21 games under Orgeron by double-digits.

The winner of the award will be announced on Jan. 9, 2019 at the Post Oak Hotel in Houston. The Watch List precedes the announcement of the finalists in December.

Now in its 33rd year, the award recognizes the country’s top college football coaches for their contributions both on and off the field. The Coach of the Year Award is the only college coaching honor selected after all bowl games are concluded and is voted on by the National Sports Media Association.