Tigers Fall in Double Overtime to No. 18 Vols 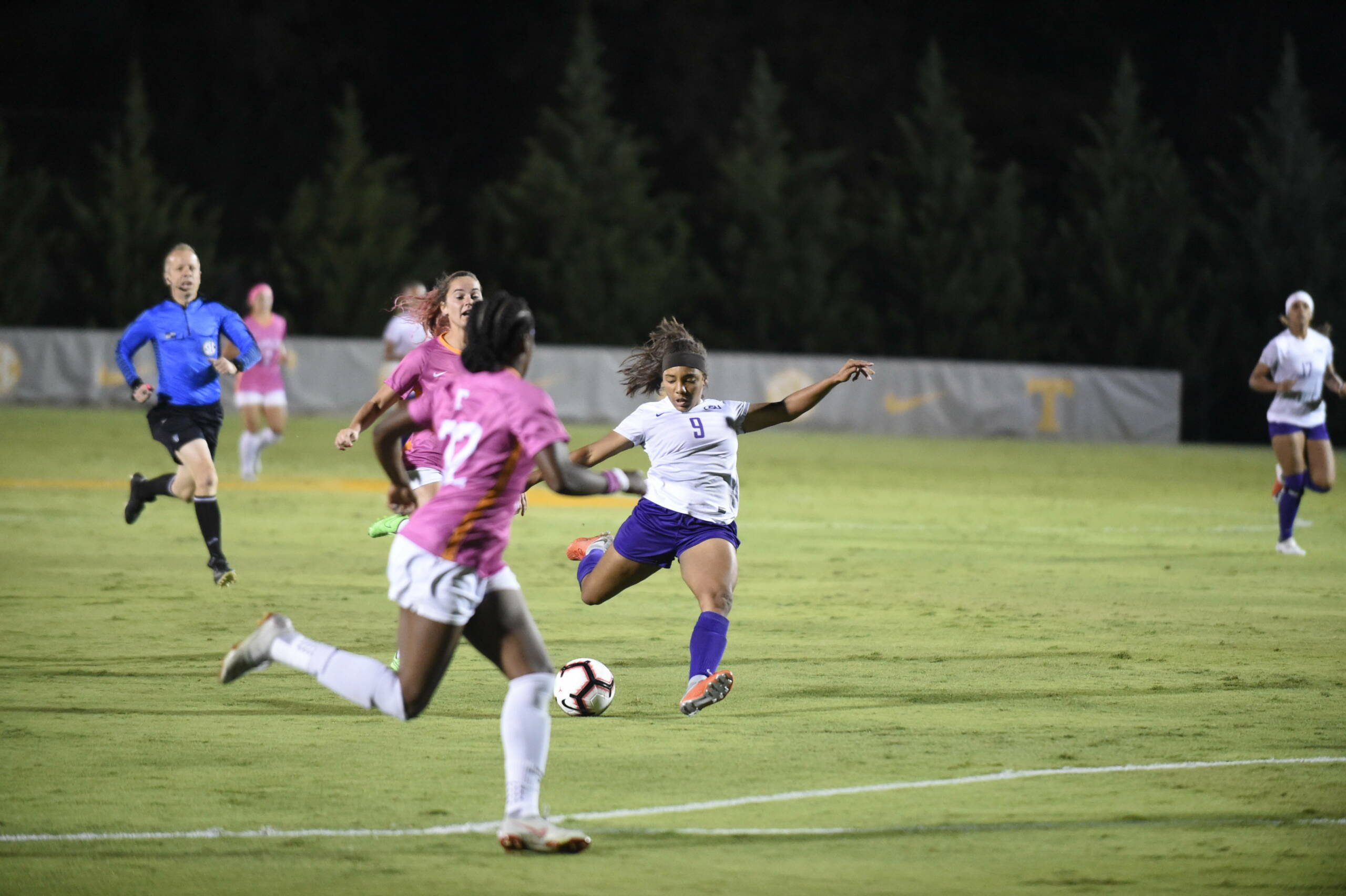 Alex Thomas scored the fourth goal of her season in the 10th minute of play to give the Tigers a one-goal lead. Tinaya Alexander made it all happen with her coast-to-coast dribbling exhibition. Alexander gained possession of the ball deep in LSU’s territory and took it the length of the pitch while holding off a Tennessee defender. As she neared the 18, she sent in a delicate pass that led Thomas to the left side of the box. With Tennessee’s keeper coming out, Thomas sensed some pressure and flicked the ball over Tennessee’s keeper for the goal with her right foot. For Alexander, it was her team-leading fifth assist of the season.

Thomas has now registered a goal or assist in the past five matches, the longest streak of her career. In this five-game span she has totaled eight points (3g & 2a) to lead LSU’s attack.

Here’s @alexxxmarieee9‘s goal that was assisted by @tinayaalexande3 in the 10th minute of play. pic.twitter.com/WB15q0JKnV

Tennessee Ties It Up

In the 58th minute of play the Vols’ MA Vignola ripped a left-footed shot from the top of the 18 that curled into the near post after Anna Bialczak played a ball into her.

With 2:04 left in the match, a corner sent in by Katie Cousins found the head of Bunny Shaw who scored her eighth goal of the season to give the Vols the win.

Senior keeper Caroline Brockmeier made seven saves in the match. For a second straight match, Brockmeier came up big in a penalty kick situation. Staring at the leading scorer in the SEC in goals per game (Bunny Shaw), Brockmeier sniffed out her penalty kick try and dove to her left to deflect the shot and it rattled off the post and out of the box to preserve LSU’s one-goal lead at the time.

Lucy Parker nearly had a spectacular goal with her shot in the 77th minute of play. After intercepting a Tennessee pass near midfield, Parker took a couple touches towards the goal and her shot from 31 yards out forced Tennessee’s Shae Yanez to make a leaping save.

A couple of minutes later the Tigers kept the foot on the gas pedal with a great chance by Marlena Cutura. Entering the box on the left side, her shot from 22 yards out almost wiggled its way in the near post but Yanez had to make another diving save. The Tigers possessed the ball down in Vols’ territory for a few more minutes taking two more corners and Alex Thomas‘ shot in the midst of those corners was blocked.

LSU returns to Baton Rouge and will host its final home match of the season on Sunday at noon as they welcome the No. 8 South Carolina Gamecocks. The Tigers will be honoring the three careers of seniors Caroline Brockmeier, Chrissy Pitre, and Alex Thomas.