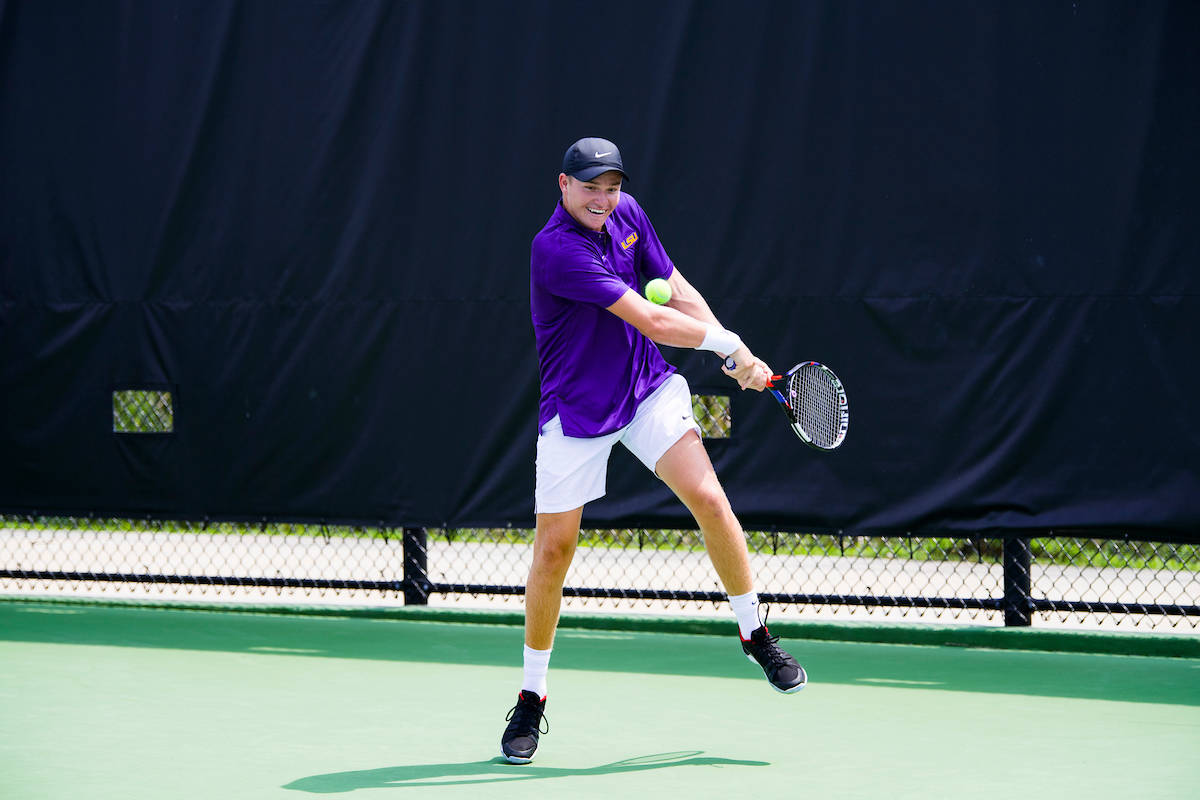 TUSCALOOSA, Ala. – After earning a first-round bye in qualifying singles, LSU men’s tennis freshman Boris Kozlov and sophomore transfer Joey Thomas swept their matches Thursday to advance to the finals on Day 1 of the ITA Southern Regional at the Alabama Tennis Stadium.

Thoughts from Co-Head Coach Andy Brandi
“Overall, it was a good day,” co-head coach Andy Brandi said. “We saved match points and gave some away. Joey and Boris had solid performances, and Nick had his chances and let them slip away. We saw some encouraging signs watching them play, and we are making progress.”

Qualifying Singles Round One
After dropping the first set in the tiebreaker, Ruy Teixeira fought back with two convincing set wins against Jacksonville State’s Sergio Lizarraga to advance to the second round. Freshman Nick Watson started off his match with a solid 6-3 first-set win. However, he was unable to advance after dropping a second set tiebreaker and falling in the third set, 7-5, to Ole Miss’ Simon Junk.

In his second match of the day Teixeira fell in the first set, 6-4, to UL-Lafayette’s Arthur Libaud. He later retired during the second set in a decision to preserve himself for doubles competition Saturday.

Next Up
Kozlov and Thomas will take the court at 11 a.m. CST Friday, each vying for one of the eight qualifying spots in the main draw.

Kozlov will face UL-Lafayette’s Jan Galka, and Thomas will square off against Jacksonville State’s Guillermo Agost before the Tigers take the afternoon off with byes in the first round of doubles action.

Shane Monroe is the No. 3 seed in the main draw singles bracket. He is joined by Malik Bhatnagar and Rafael Wagner in the main draw, and the trio will begin competition Saturday.

All four LSU doubles pairs will begin play in the second round on Saturday morning.

Competition in the ITA Southern Regional continues through Tuesday, October 23.
Fans can stream the main six courts online at: lsul.su/2yk4gCw.