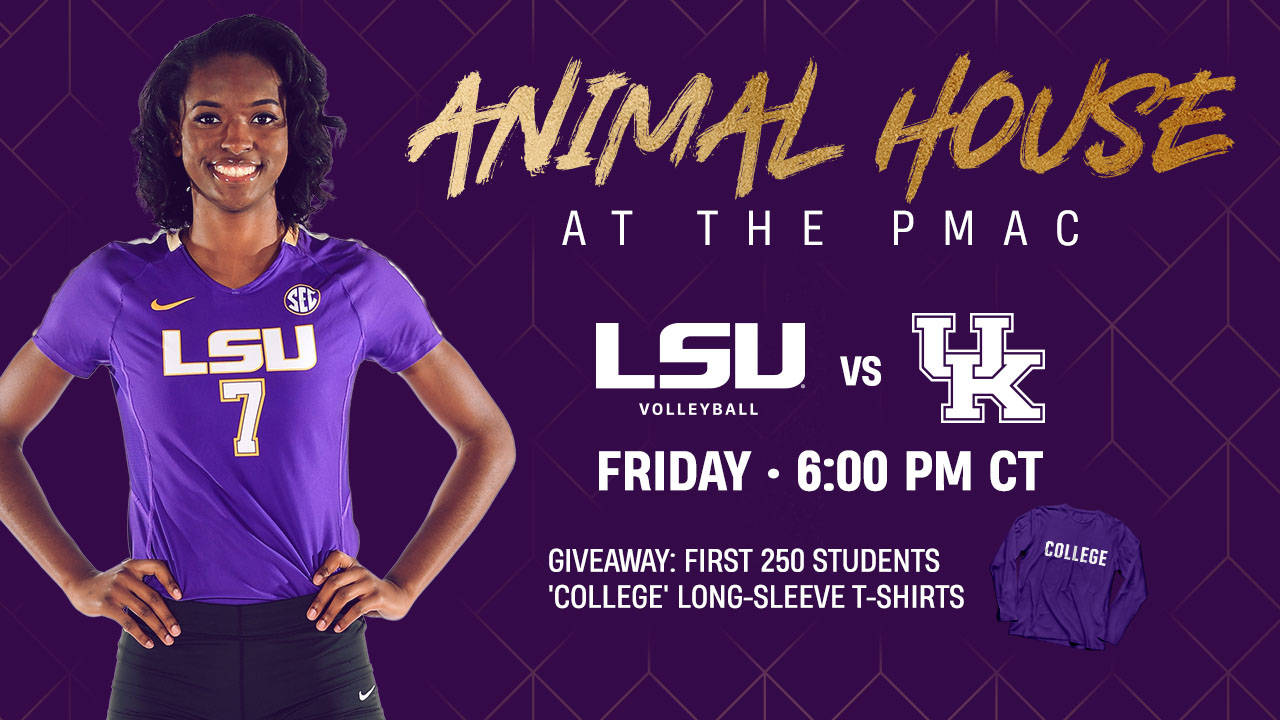 BATON ROUGE – After picking up its first two SEC victories last week, the LSU volleyball team will have a tough challenge ahead as the Tigers (7-11, 2-5 SEC) play host to No. 15 Kentucky (12-4, 6-0 SEC) Friday at 6 p.m. CT inside the Pete Maravich Assembly Center.

The match will stream live on SEC Network with Melissa Lee and Nell Fortner on the call. Fans can access the match online through WatchESPN.com and the app. The match will also be available via live stats at LSUStats.com.

>> The Tigers head into the weekend with a 7-11 overall record and a 2-5 record in the SEC. Last week, the Tigers put together their first two SEC victories of the year, claiming a four-set victory over Georgia on Wednesday and a straight-setter against Auburn on Sunday.

>> Raigen Cianciulli anchored the back row with 19 kills in the three sets. Freshman Leigh Maher picked up 10 digs.

>> The Tigers enter the season with a total of 294 SEC victories, just needing four to close in on the 300 mark after Sunday’s win over Auburn.