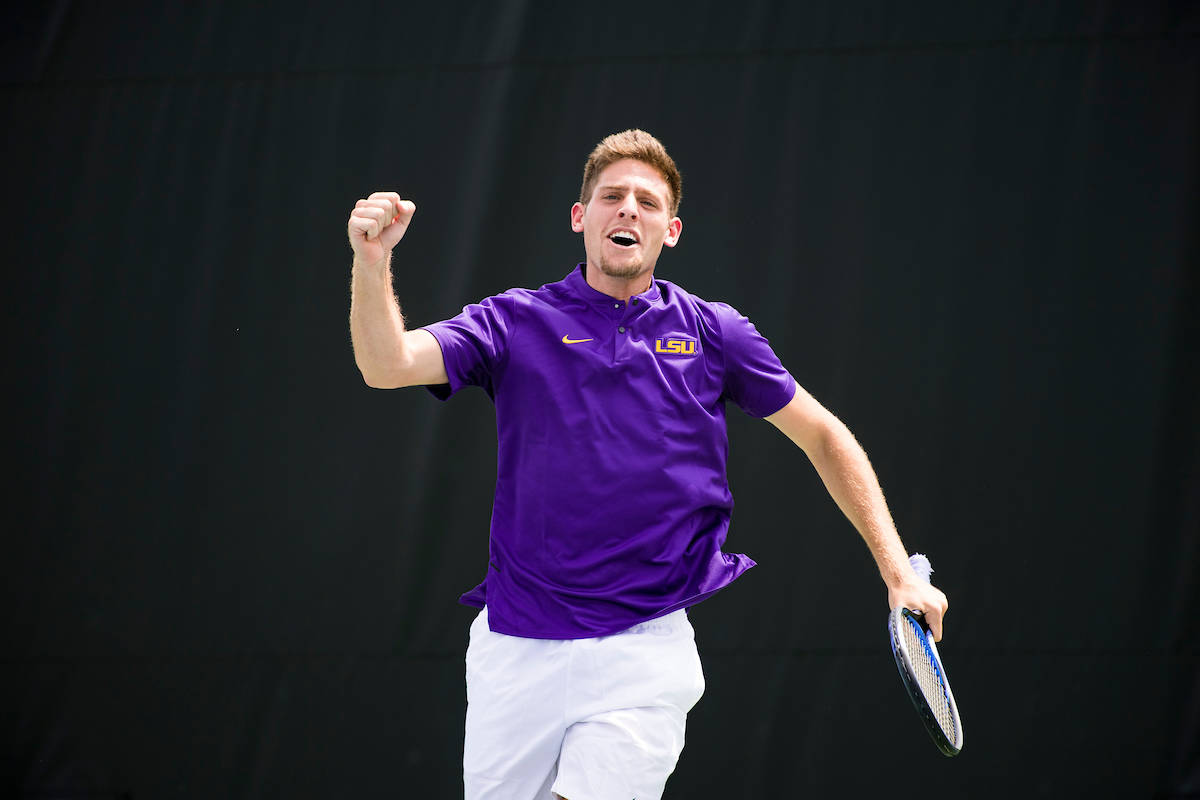 TUSCALOOSA, Ala. – The LSU men’s tennis team will continue its fall season at the ITA Southern Regional hosted by the University of Alabama at the Alabama Tennis Stadium beginning Thursday.

The finalists in singles play and the winners of the doubles competition will qualify into the ITA Fall Championships, which runs from November 7 until November 11 at the Surprise Tennis Complex in Surprise, Arizona.

“I think this is a perfect opportunity to face the top teams in the region and get an indication of where we are and where we need to go,” co-head coach Andy Brandi said.

Teixeira will start the ITA Southern Regional for the Tigers facing Sergio Lizarraga of Jacksonville State at 11 a.m. CST Thursday.

Kozlov and Thomas are listed as No. 5-8 seeds in the qualifying singles round. They both have first round byes and will play at 1 p.m. CST and 3 p.m. CST Thursday, respectively.

Kozlov, Teixeira and Thomas are three of 49 qualifying singles players vying for eight spots in the main draw.

All four LSU doubles pairs have received a first-round bye and will begin play in the second round on Saturday morning.
Fans can stream the main six courts online at: lsul.su/2yk4gCw.