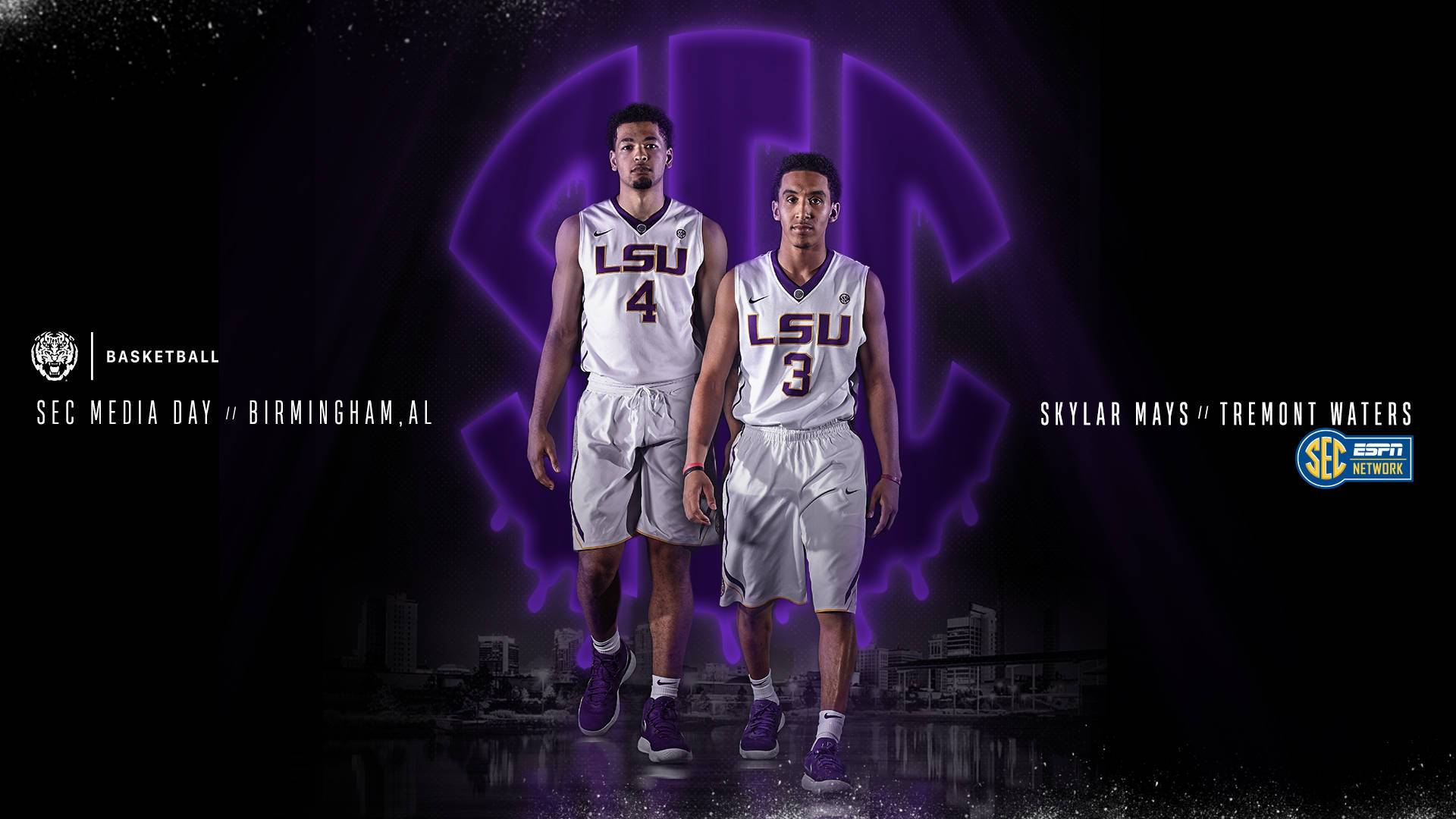 BATON ROUGE – Coach Will Wade and players Skylar Mays and Tremont Waters will make the journey on Wednesday to SEC Tipoff19 for the annual SEC Men’s Basketball Media Day, this time in Birmingham, Alabama.

The event returns to Birmingham after a couple of year stints in Charlotte and Nashville with this year’s event at the Grand Bohemian Hotel Mountain Brook. For the third consecutive year, SEC Now on the SEC Network will be live all day providing coverage of the event starting at 10 a.m. CT.

LSU will be on the set from 2:40-2:55 p.m. as all 14 men’s teams will be represented during the team. Players and coaches will also meet with members of the media and television and radio partners CBS, ESPN and Sirius XM Satellite Radio.

The preseason poll will also be announced early on Wednesday as a committee of media members who cover the league have already voted on the way they see the teams finishing and the All-SEC preseason teams.

Mays and Waters made up LSU’s two point-guard system in the 2017-18 season for Coach Wade, who enters his second season at LSU. Waters averaged a team best 15.9 points a game with 198 assists, the second most all-time for a season at LSU and the most by a Tiger freshman (old mark of 158). Mays averaged 11.3 points a game with 97 assists. But had positive assist-to-turnover numbers with Mays posting a 2.9 assist-to-turnover ratio in the 18 conference games (third in the league).

Waters is on the 20-player watch list for the Bob Cousy Award.

Season tickets for the 2018-19 men’s basketball season are on sale at the LSU Athletics Ticket Office and online at LSUtix.net.