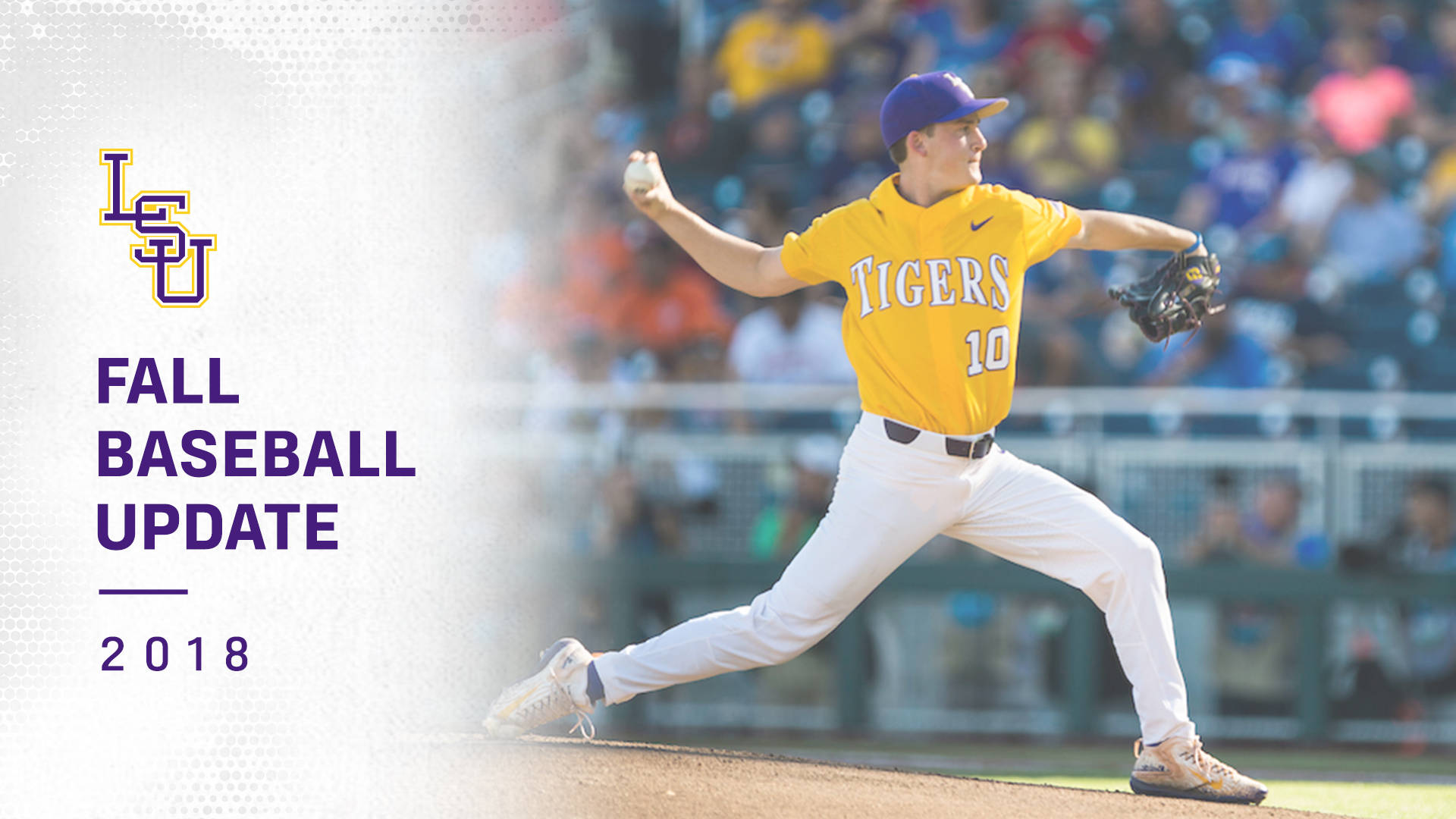 BATON ROUGE – The 2019 LSU Baseball team has been on the field for about three weeks in Alex Box Stadium, Skip Bertman Field. Below are three strikes that are critical at the halfway point of the fall practice period.

LSU baseball will culminate its annual fall practice period with the Purple-Gold World Series on November 1, 2 and 4.

Pitchers No. 6-10: Freshman right-hander Landon Marceaux has continued to make his presence known this fall. After his three-inning outing Sunday against New Orleans, he was shut down for the remainder of the fall season. After Eric Walker throws this week, he will be shut down as well. The duo joins Zack Hess, Devin Fontenot and Todd Peterson on the bench to preserve their health for the 2019 season ahead. Those five pitchers have distinguished themselves as the top five hurlers at this point. The question marks still lie with the younger guys and some of the veterans. Freshman right-hander Riggs Threadgill was dominant in his Sunday outing, blanking UNO across his two innings of work. With the back half of the fall season here, the pitching staff will have to step up to determine who will be counted on when the season rolls around.

“Sunday, Landon Marceaux really distinguished himself, and I was really happy with Riggs Threadgill,” head coach Paul Mainieri said. “He threw a lot of strikes and forced them to put the ball in play. We made the plays behind him. Marceaux will be shut down, and (Eric) Walker will throw in a scrimmage on Wednesday. Then, he will be shut down. Our top five pitchers will be shut down at that point. What we need to find out is pitchers No. 6-10. Who’s going to be the key guys for our team? We are going to have to keep working on these young guys and get them better.”

Consistency with Mathis: With catcher Saul Garza out until the spring due to injury, junior college transfer Brock Mathis has continued to thrive behind the plate. He looks at home behind the plate even more so than he did prior to the Tigers leaving for fall break. Defensively, he is very sound and is very vocal, which allows for a solid battery. He also was the Tigers’ second-leading hitter in Week 3, going 4-for-9 (.444) with two doubles and a RBI.

“Brock Mathis has made a big jump since fall break, and really since (Saul) Garza’s injury, he’s taken the bull by the horns,” Mainieri said. “He’s done really well. I thought he played his heart out Sunday behind the plate. He really played well defensively.”

The Return of No. 8: He’s back again for his fourth year, and No. 8 Antoine Duplantis has picked up right where he left off. He goes about his business and continues to get on base and make the plays in the field. Last week he had a team-high nine hits and five RBI. The senior remains an offensive force for the Tigers and is still making those phenomenal plays across the outfield.

“Antoine Duplantis, he just keeps playing,” Mainieri said. “What a difference it makes to have him back on our team. He had four hits Sunday. Just having him again is going to be a huge thing for our team.”

Lagniappe (The Same Old Eric): As mentioned in the first strike, Eric Walker will be shut down after throwing in a scrimmage this week, and he’s looked as sharp as ever across his outings. Below are some comments from Mainieri on his performance this fall.

“If you didn’t know he was hurt last year, you wouldn’t be able to tell it by watching the way he throws. He looks just like he did two years ago when he pitched so well for us. He’s going to pitch one more time before we shut him down. His velocity is back up to normal. He looks good out there. Eric is the kind of pitcher who is going to have to change speeds and have really good command because he’s not an overpowering guy, even before he got hurt. He’s the same old guy, which is really good for us, because he knows how to pitch. He’s a great leader and a great competitor. It’s going to be great having Eric back.”