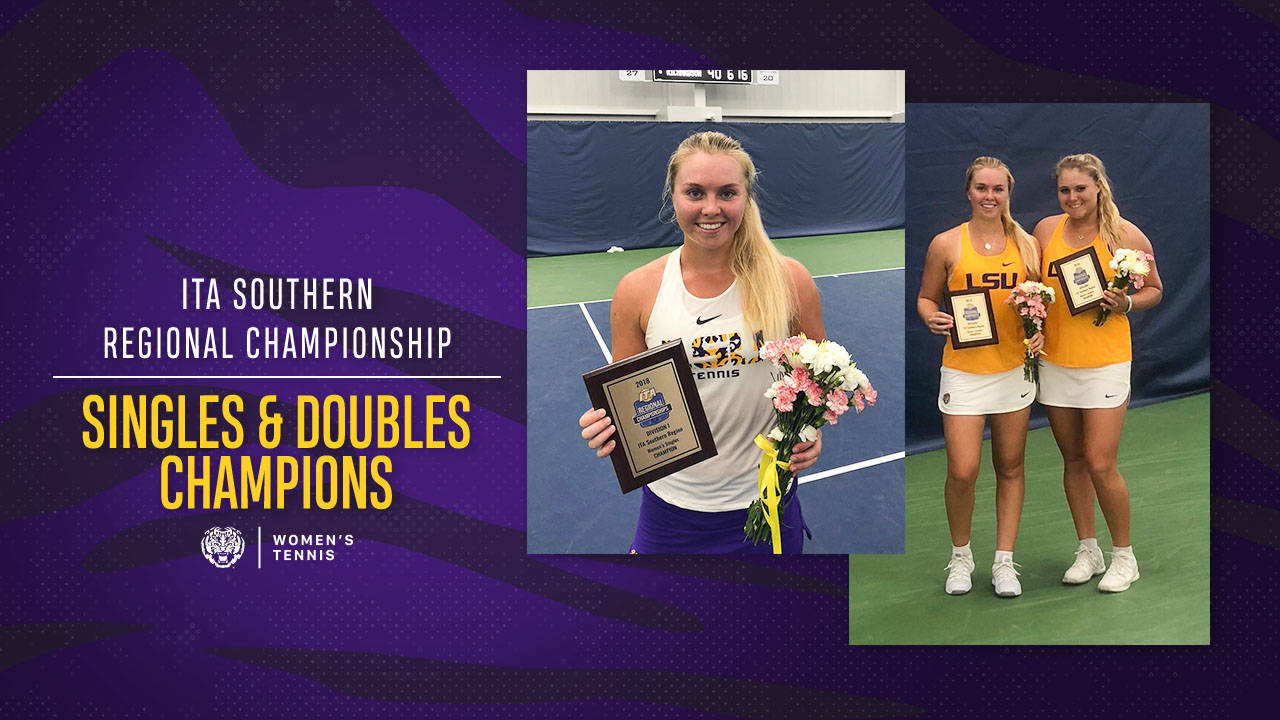 The No. 7 ranked pair by ITA/ Oracle preseason rankings of senior Jessica Golovin and sophomore Eden Richardson won the doubles championship on Monday. Richardson went on to win the singles title in the afternoon.

The reigning national champions in doubles opened the championship with a strong 6-3 win in the first match. Ole Miss came back to take the edge and force a tiebreaking set after they won 4-6. The competitive Tiger duo came back in the third set to secure the hard fought win, 10-7.

Richardson who opened the season as No. 38 in singles preseason rankings defeated No. 92 Tea Jandric of Ole Miss in her second championship win of the day. Richardson came out on top in the first set, 6-0. The sophomore could not secured a win and straight sets losing the second set, 6-1. Richardson fired back for a well-played tiebreaking match and took the 6-2 win.

“It was a terrific weekend,” said co-head coach Julia Sell. “Eden (Richardson) played in 11 matches and won both titles. The emotional and physical toll that that takes on a player is tremendous which makes her victories that much more impressive.”

The Tigers will be back in action for their last fall tournament on Nov. 9 at home for the Tiger Fall Classic.