Tigers Move Up On Day 2 At Magnolia Invitational 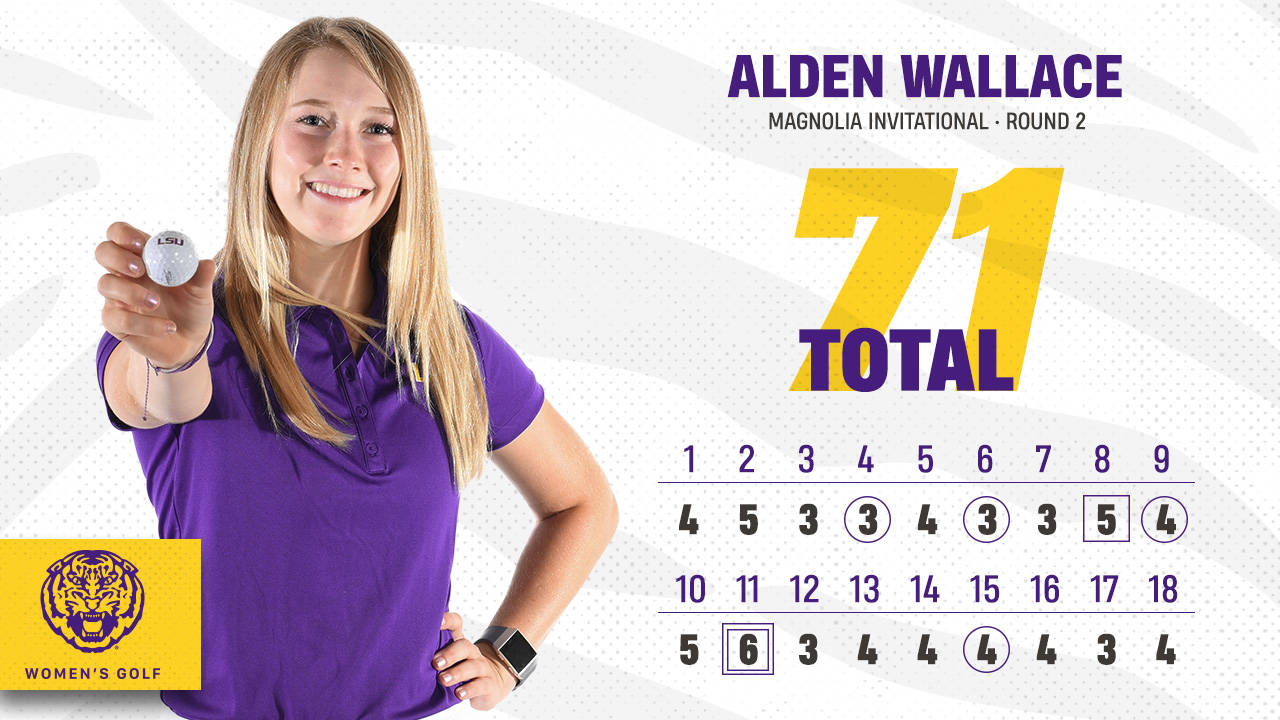 Freshman Alden Wallace shot a 71 to lead LSU in Round 2 and push LSU into a tie for fourth place in the team standings. The rookie from Shreveport shot 2-under on the front nine with birdies on No. 4, No. 6 and No. 9. She went to even on No. 11 before picking up a birdie on 15 to finish at 1-under.

Junior Monica Dibildox and rookie Presley Baggett shot even, while sophomore Kendall Griffin shot 3-over for the fourth counting score. LSU shot 2-over 290 for the second day in a row to stay in the hunt for a Top-3 finish.

Over the two rounds, Dibildox and senior Kathleen Gallagher are tied for 13th in the individual standings at even 144. Wallace is in a tie for 25th place at 3-over 147, with Baggett close behind at 4-over 148 and Griffin at 5-over 149.

Round Three is a shotgun start at 8 a.m. on Tuesday, with LSU’s squad teeing off from Hole No. 4-7 with Ole Miss and Auburn. Live scoring will be available at GolfStat.com.

LSU has five alumnae on the course over the next several days. Tiger legends Jenny Lidback and Jackie Gallagher-Smith are competing in the 2018 Senior LPGA Championship at the French Lick Resort in Indiana, while recent alums Elise Bradley, Sydney Cavin and Lindsay Gahm are at Stage II of Q School in Venice, Florida.

Live scoring is available for the Senior LPGA Championship and Stage II of Q School.