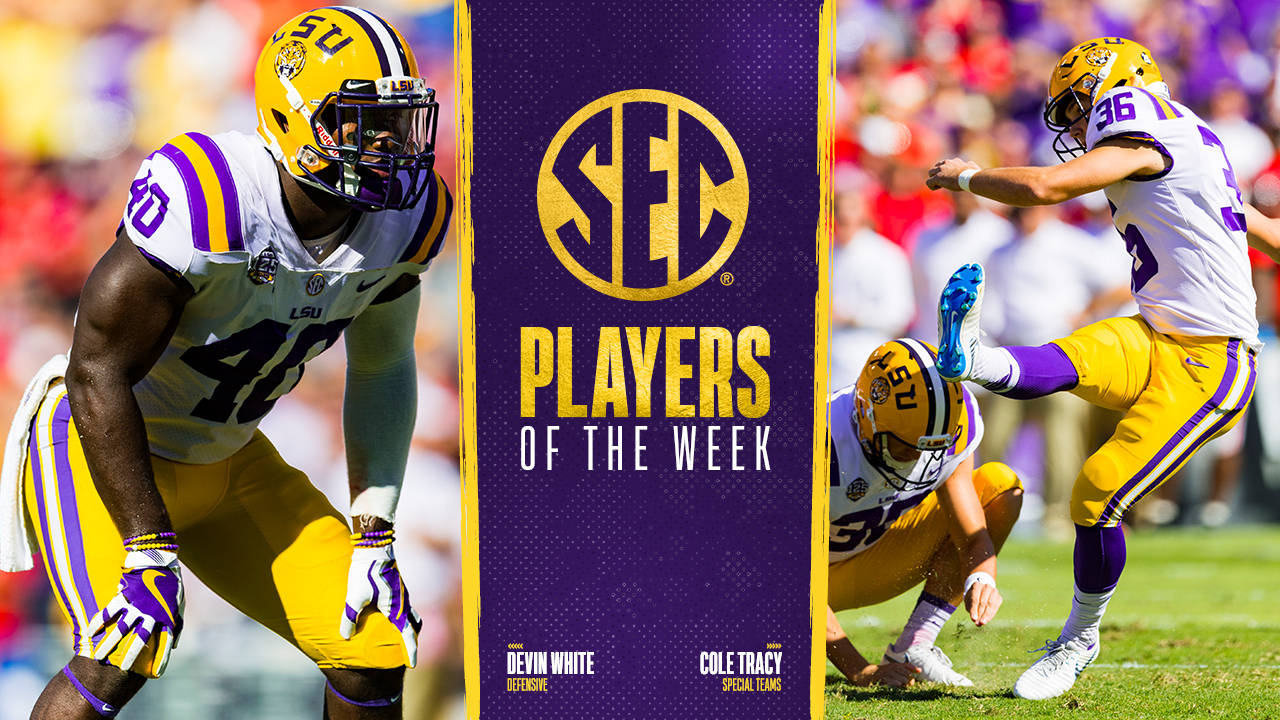 BATON ROUGE – Linebacker Devin White and placekicker Cole Tracy were both named Southeastern Conference Players of the Week for their performance in LSU’s 36-16 win over No. 2 Georgia on Saturday in Tiger Stadium.

Against Georgia, White was the catalyst for an LSU defense that held Georgia to season lows for points (16), total yards (322) and rushing yards (113). The previously undefeated Bulldogs came into the game averaging 42 points and 485 total yards a contest.

White tallied a season-high 13 tackles to go along with a fumble recovery, a half-tackle for loss and a quarterback hurry. LSU’s defense held Georgia scoreless in the first half for the first time this year as the Tigers built a 16-0 lead at halftime.

Tracy, the graduate transfer, joined Josh Jasper as the only players in LSU history to kick five field goals in a game on his way to setting the school record for points by kicking with 18. Tracy, who leads the nation in field goals with 17, connected on kicks of 33, 36, 39, 24 and 30 yards in the LSU victory.

Tracy has made eight straight field goals and has converted on 17-of-19 attempts this year. His only two misses in 2018 have come from 53 yards out. Tracy’s 17 field goals so far this season rank as the fifth-highest single season total in LSU history.