Cianciulli Tabbed as SEC Defensive Player of the Week 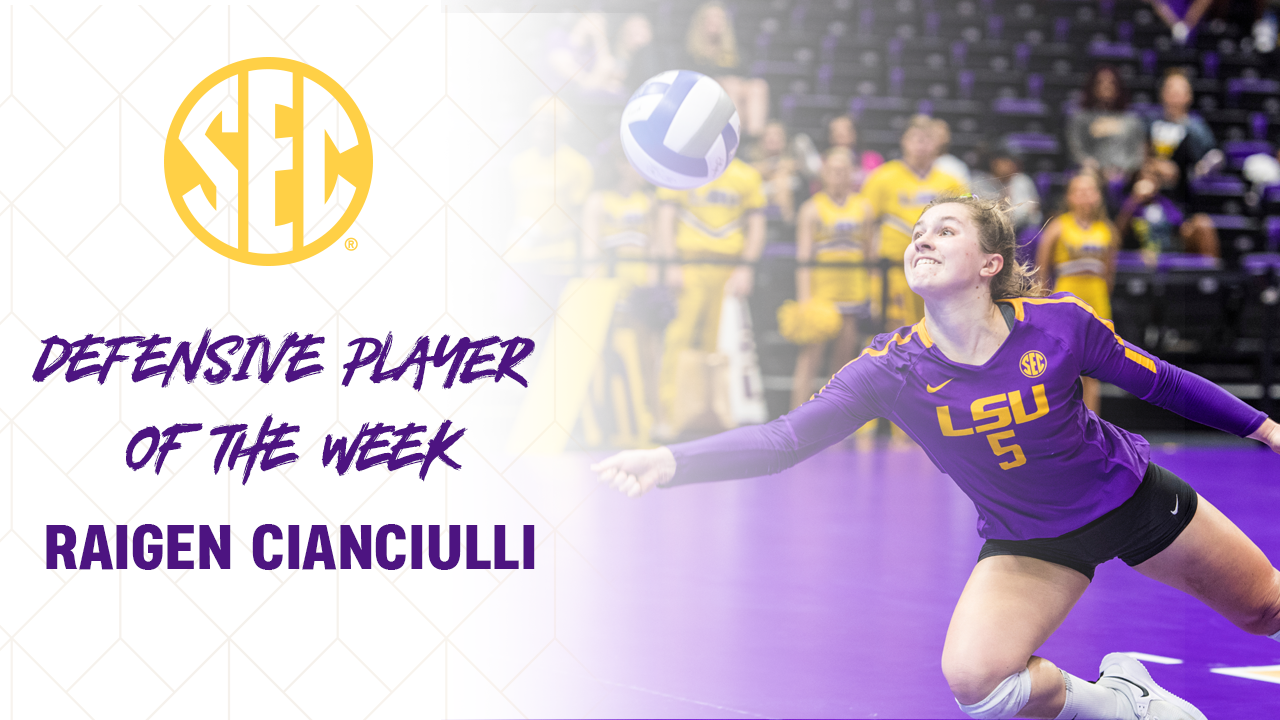 BIRMINGHAM, Ala. – After picking up its first two SEC victories of the year last week, LSU volleyball’s libero Raigen Cianciulli has been tabbed as SEC Co-Defensive Player of the Week, as announced by the league office Monday.

Cianciulli has been a vital part of the Tigers’ defense as she leads the team in digs. Over the weekend, she tallied a total of 47 digs in LSU’s two wins, putting together 28 digs against Georgia on Wednesday, the ninth-most digs in a four set match in program history. She also picked up 19 digs in the Sweep of Auburn on Sunday.

The sophomore averaged 6.71 digs per set and 1.57 assists per set. She finished with an ace and did not have a reception error in 43 attempts.

On the year, Cianciulli is averaging 4.65 digs per set, which is good for second in the league behind Arkansas’ Okiana Valle.

The Tigers are 7-11 on the year and 2-5 in the SEC. They will finish up their four-match home stand this week, facing No. 16 Kentucky on Friday at 6 p.m. CT and Tennessee on Sunday at 1 p.m.