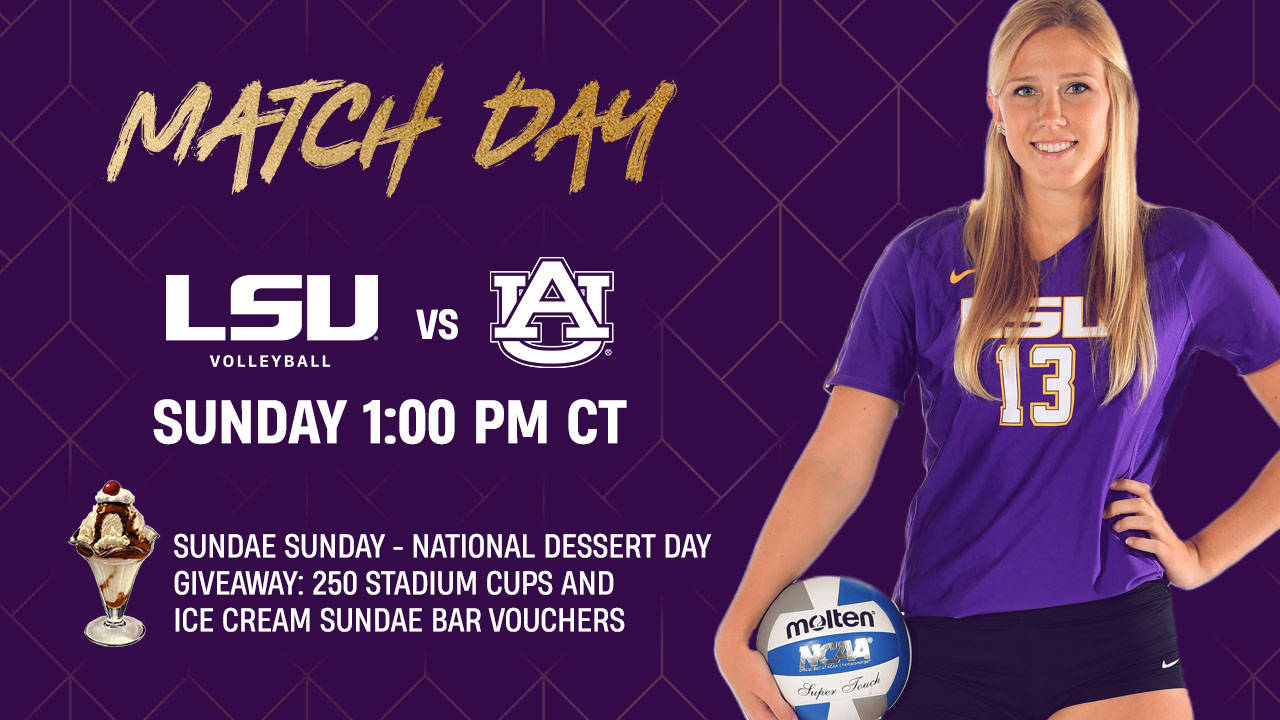 BATON ROUGE – After picking up its first SEC victory of the season, the LSU volleyball team (6-11, 1-5 SEC) will look to continue that momentum as the Tigers host Auburn (8-9, 1-6 SEC) on Sunday at 1 p.m. CT inside the Pete Maravich Assembly Center.

The match will stream live on SEC Network+ with Garrett Walvoord and Lyn Rollins on the call. Fans can access the match online through WatchESPN.com and the app. The match will also be available via live stats at LSUStats.com.

The Tigers lead the all-time series over Auburn, 43-15. Last season, the Tigers swept Auburn on the road and defeated them in four sets in Baton Rouge. The last time the Tigers fell to Auburn was on September 23, 2016 in five sets.

>> Taylor Bannister led the Tigers with 19 kills and 15 digs, her first double-double of her career.

>> Anna Zwiebel recorded her third-straight double-double of 40 assists and 11 digs.

>> Milan Stokes added 12 kills, her fourth match on the season in double-digits.

>> Raigen Cianciulli finished with a match-high 28 digs which is tied for ninth-most in a four-set match in program history. That was her seventh-match with 20 or more digs and her third-best career number.

>> LSU returns 10 letterwinners from last year’s squad and were picked to finish fourth in the SEC Coaches Poll back in June.

>> The Tigers enter the season with a total of 294 SEC victories, just needing five to close in on the 300 mark after Wednesday’s win over Georgia.